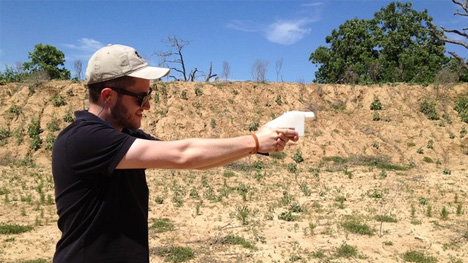 The story has unfolded fast, and people on both sides are furious. Within days of a successful test firing of the Liberator, this working 3D-printed weapon has attracted the attention of the United States government. 100,000+ downloads in,  the State Department has stepped in to try and stop further distribution. 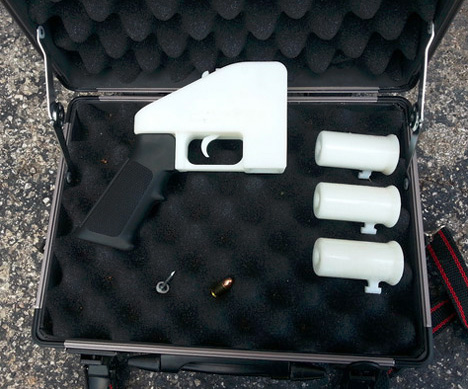 Cody Wilson of Defense Distributed and his crew have been harshly criticized, both by those who wanted him to stand up to authority and others who wish he had never created or released the blueprint files in the first place. 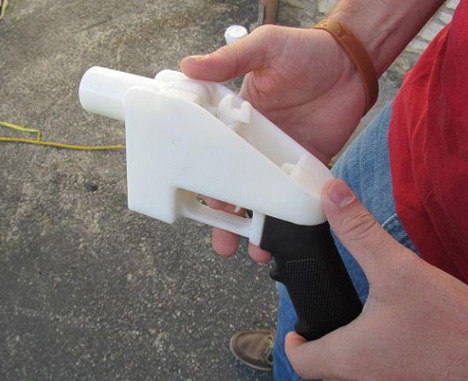 Despite adamantly contending they would not cave to external pressure, Defcad – the site hosting the 3D gun and other illicit-object designs – now has a white-on-red warning at the top of the page summarizing the situation for visitors. None of this, of course, has stopped people from distributing the files in a variety of alternative venues. 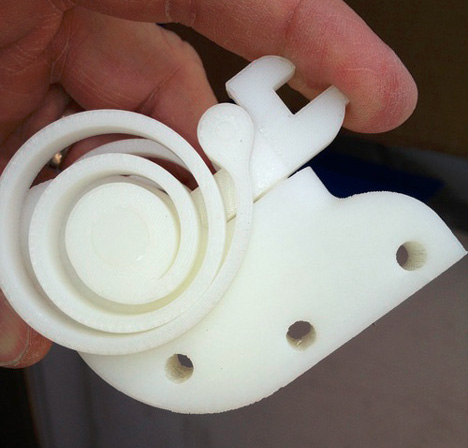 On the one hand, it is entirely understandable that people would fear a future in which gun control is difficult or impossible thanks to ease of on-demand printing. Further, its parts and breakdown also make it easy to sneak through security checks, making it potentially more dangerous in some ways than a traditional firearm. 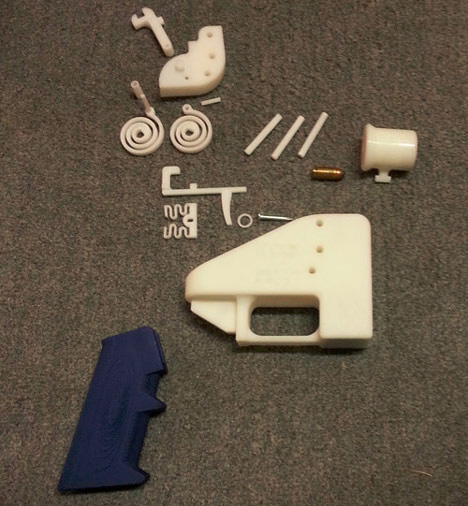 On the other hand, people can already make guns with the right shop equipment (better ones than those that can be currently printed), plus history has shown that fighting inevitable shifts in technology is an uphill battle. In tech, much like in war, sophisticated capabilities tend to win in the end, regardless of which side was ‘right’ to begin with. Information, as they say, wants to be free.