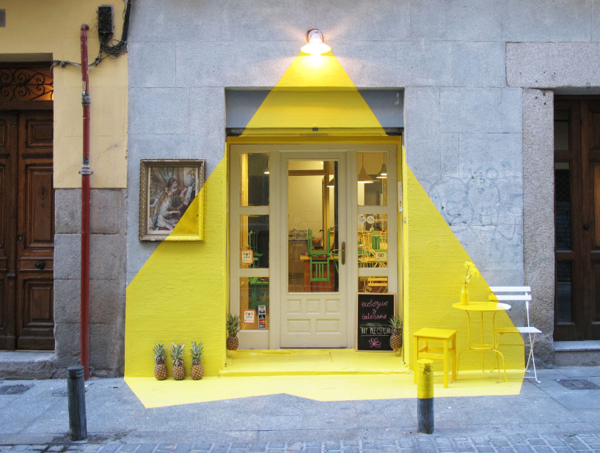 A temporary project set in Madrid, this bright yellow artistic reconfiguration was rendered all the more engaging due to its location in a semi-dark alleyway of the city. 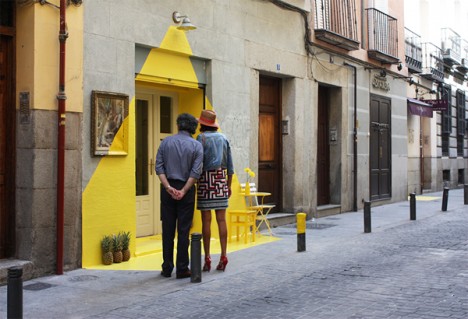 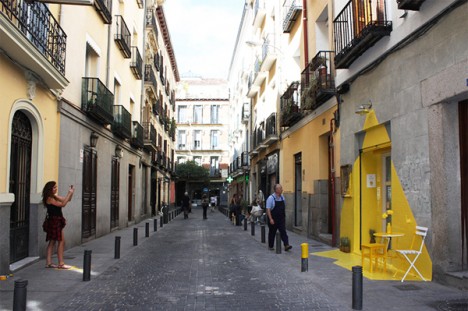 It was created by (fos), an alliance of artists and designers (the word meaning ‘light’ in Greek and ‘melted’ in Catalan), utilizing the front of a vegan restaurant in the semi-secluded Lope de Vega street. 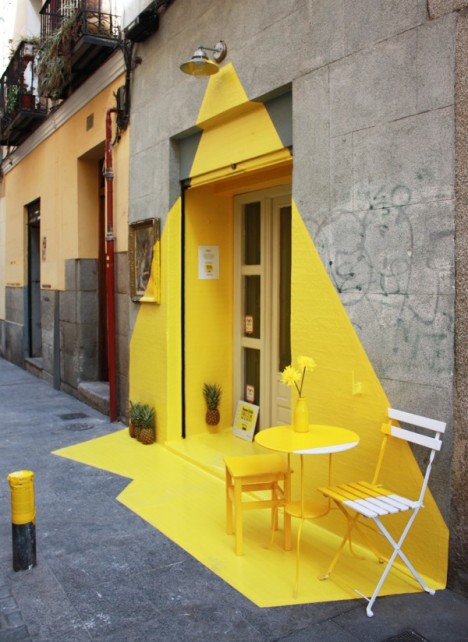 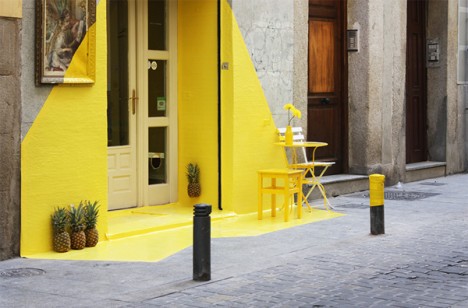 A combination of sun-bright yellow tape and paint were deployed in a pattern intended to abstractly simulate the casting of light, surrounded by shadow, with a few artistic liberties taken in terms of angles and scope. 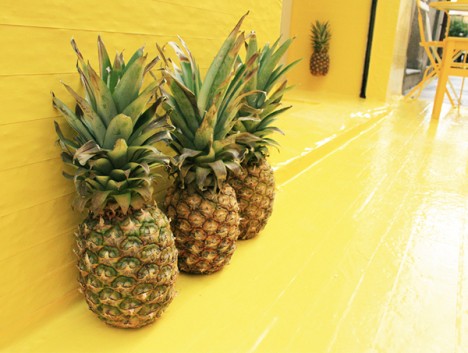 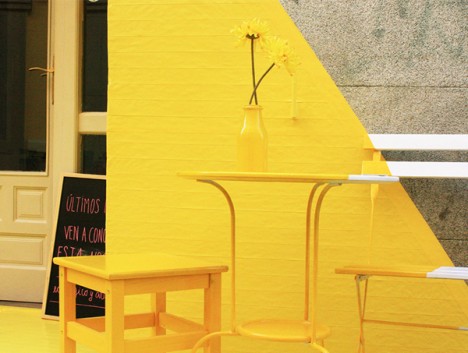 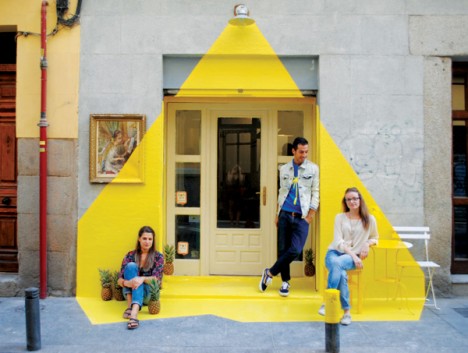 The context, mostly made of stone or painted in muted tones, made the vivid yellow intervention stand out as something extreme, drawing a great deal of attention from passers by through its stark contrasts.