Moby’s more than just a musician, he’s dabbled in photography as well. The images above of the abandoned Carlton Liquor Jr. Mart in central Hollywood, California, exude a timeless quality thanks to Moby‘s use of black & white film and some interesting camera angles. 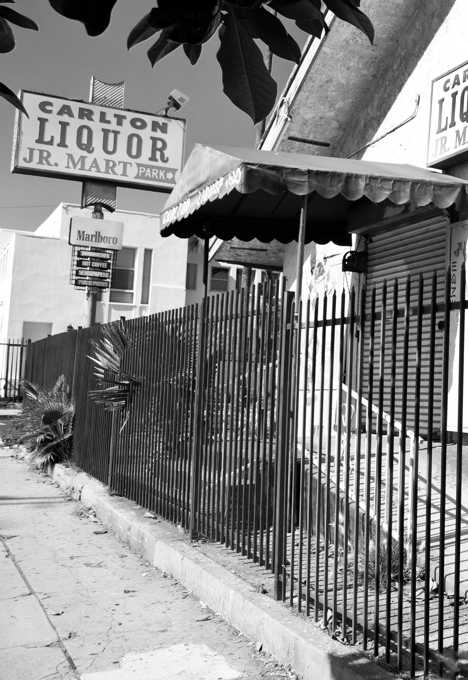 Where will hard-partying celebs like Lindsay Lohan and Amanda Bynes get their joy juice now that Carlton’s has shut its doors? Have they graduated from the “Jr. Mart” now that they’re no longer child stars? They’re not talking, unless it’s before a judge.

“Well the south side of Chicago is the baddest part of town,” sang Jim Croce, and this decayed & decrepit liquor store in Bridgeport won’t change anyone’s mind. Not even the likes of Bad Bad Leroy Brown could coax a sale out of this un-named former liquor store, captured photographically for posterity by Flickr user Moacir P. de Sá Pereira. How do you know a liquor store’s been abandoned a while? If plants are growing in the front window display, that’s a pretty good clue the shelves inside are NOT full of Wolfschmidt. 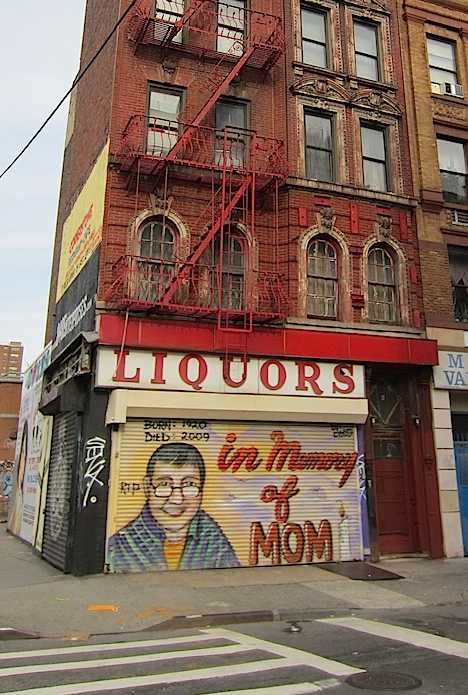 New York City’s East Village is a neighborhood redolent with the sights, sounds and even smells of history. That goes for the neighborhood’s architectural heritage as well, though the complementary tradition of absentee landlords often results in a sad state of neglect. Take the long-vacant building on the northwest corner of Avenue B and East Houston, owned for decades by now-deceased brothers Arthur and Abraham Blasof. The street-level liquor store was owned and operated by Lois “Mom” Aidas, who passed away in 2009 at the age of 89. “She used to give everybody credit,” recalled street-muralist Chico, painter of the tribute mural above. “She was a hard-working woman. She would lock the gates. She was open till midnight.” This Bud’s for you, Mom.