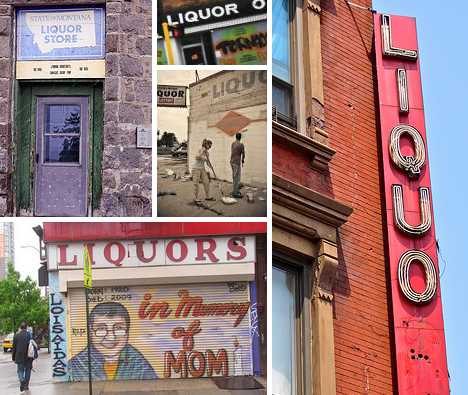 These 11 abandoned liquor stores are hangovers, as it were, from an era when Mom & Pop stores sold the kind of products Mom & Pop forbade you from buying. 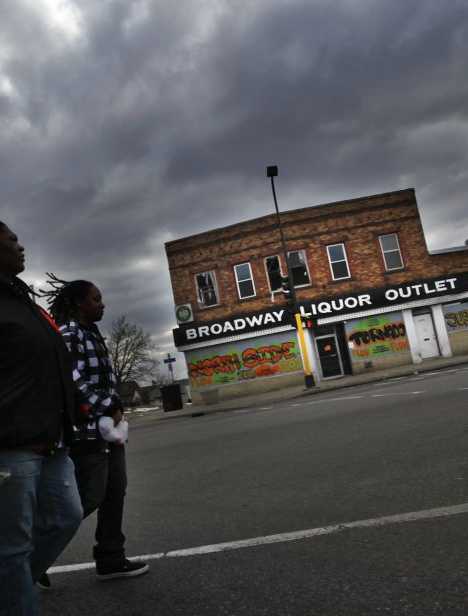 Minneapolis’ Broadway Liquor Outlet may be outta liquor but it’s not outta luck, at least not yet. The striking photo above was taken by David Toles of the StarTribune. Toles’ dramatically tilted composition features the store silhouetted against an ominously cloudy sky, though this year no tornadoes descended to finish their destructive work.

If a tree can grow in Brooklyn, an abandoned liquor store in Detroit can be reborn as a garden shed. Not just ANY garden shed, mind you, but a pastoral-ly repainted edifice emblazoned with environmentally friendly graphics instead of the graffiti one more typically finds in today’s Motor City. We’ll drink to that!

Andra Johnson in association with The Greening Of Detroit volunteered for the re-purposing project which took place on July 30th, 2010. It must have been thirsty work cleaning, prepping and painting the mid-century building under the hot summer sun. If only there was a store that sold cold, refreshing beverages nearby… oh. 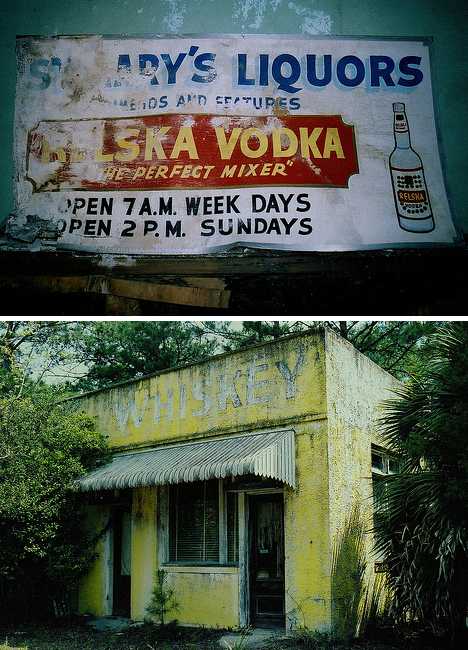 The former St. Mary’s Liquors store on U.S. 17 in Nassau County, Florida, molders away quietly alongside the also-abandoned Riverside Motel about a mile south of the Georgia state border. Historically, Georgia generally prohibited the sale of alcohol on Sunday – counties could hold local referendums to decide the issue but until recently the results usually upheld the status quo. That attitude is beginning to change, however, and if the county just north of Nassau flipped from dry to wet Sundays, it could explain St. Mary’s Liquors’ sinking fatally into a sea of red ink.

Too Big To Fail? 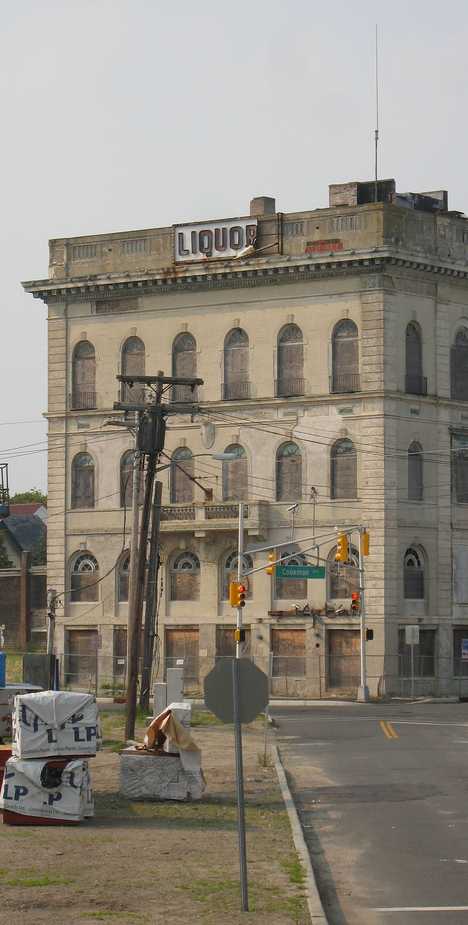 Bigger isn’t always better, just ask the owners of this ridiculously massive abandoned liquor store – if you can find them. Simply stocking the multistory edifice would cost a king’s ransom and if there should ever be an earthquake, the tsunami of spilled alcohol (cirrhosis of the river?) surging out the front doors would be enough to make even the sternest teetotaler weep… especially if it then caught on fire.