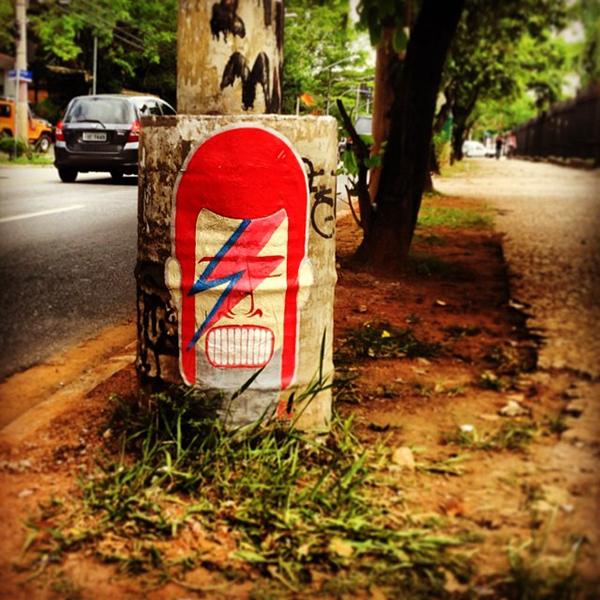 David Bowie was a multidimensional performer – “Sound and Vision” succinctly sums up his ability to impress in a range of senses. Though primarily a musician, the late Londoner’s enormous impact is discernible even when presented silently as street art and/or graffiti in locations as culturally diverse as Iceland and Brazil. 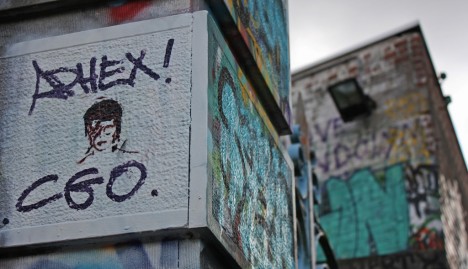 That’s gonna leave a mark. This small stenciled image on Ghent, Belgium’s Werregarenstraat (Graffiti Street) stands out amongst the more complex and colorful works all around. Flickr user Oriol Salvador zoomed right in on March 23rd of 2014. 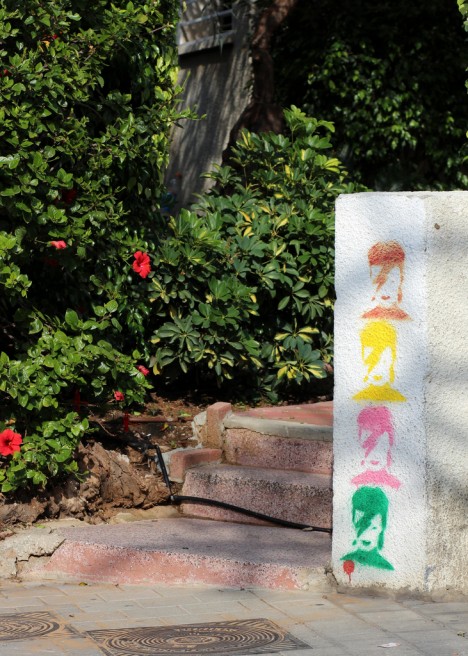 Adding some non-local color to a Tel Aviv, Israel side street, these stenciled faces of Bowie aka Ziggy Stardust were snapped on November 24th, 2011 by Flickr user Fatemeh. One would hope the homeowner (a) approves of the art and (b) resists the urge to remove it. 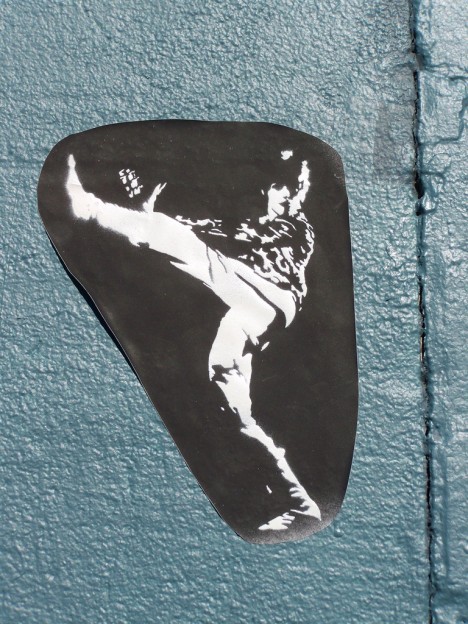 Captured by Flickr user Openhammer on June 11th of 2008, this sticker references the cover photo from RCA Records’ 1972 worldwide release of Bowie’s 1970 album, “The Man Who Sold the World”. Due to their inherent fragility, it’s unknown whether the sticker has survived to date – one would have to scour Winn Street in Brisbane, Australia to know for certain. 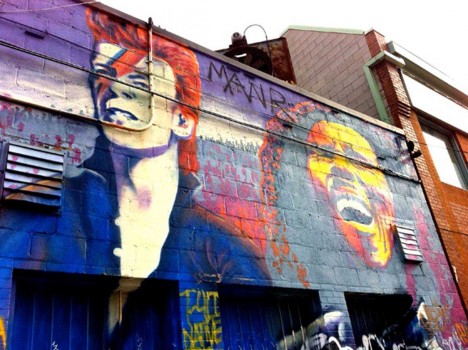 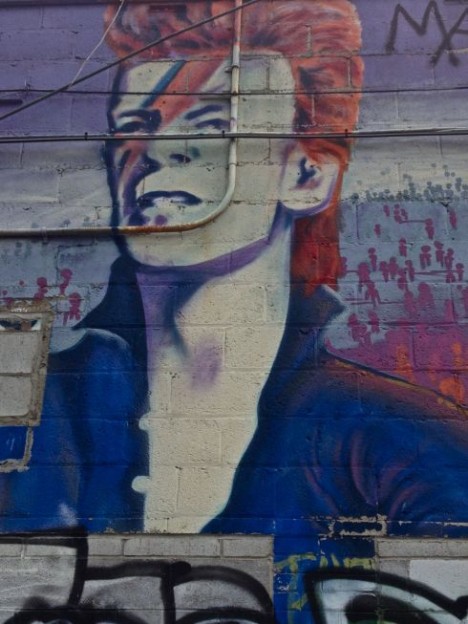 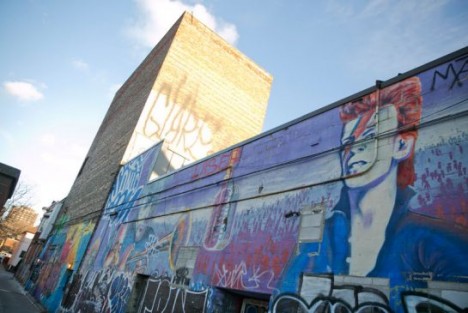 David Bowie and Bob Marley share space in a Toronto, Canada alleyway in this image from Flickr user Aviva West (letsgoeverywhere) taken on April 29th, 2011. Could this be love? 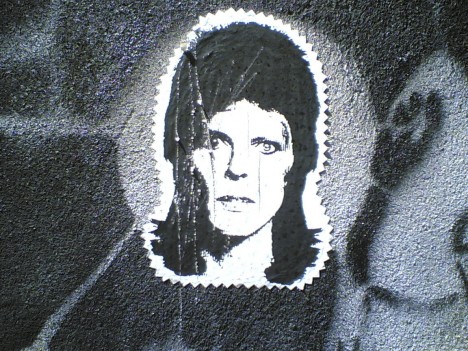 Londrina, Brazil was named for London, England so the above street art image of London-born David Bowie is right at home. Flickr user Marco Gomes snapped this sharp-edged stencil from the southern Brazilian city on March 3rd, 2008.