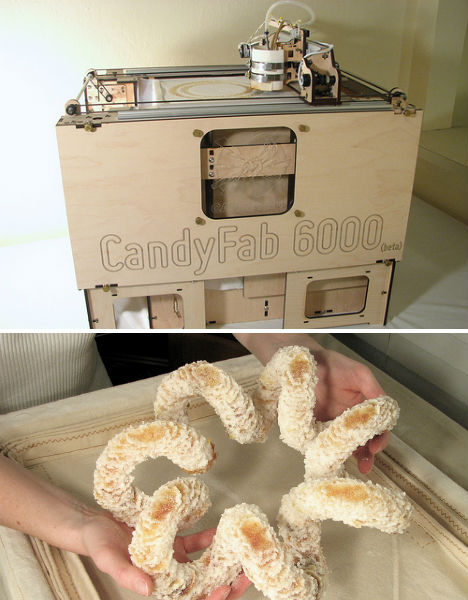 Awesome, seemingly impossible shapes made of sugar are produced on the CandyFab 6000, a specially-made 3D printing machine with a volume of more than 10 liters that’s small enough to fit on a desktop. It’s all part of the Evil Mad Scientist 3D Printer Project, which uses granulated sugar as a medium. 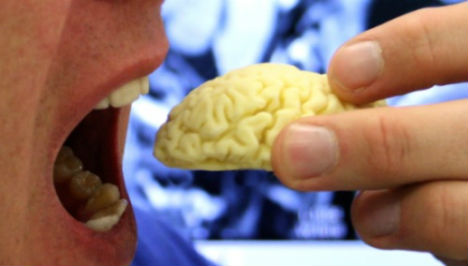 Inition in UK co-founder Andy Millins had his brain MRI scanned, and the scan data was converted into a 3D model file ready to be run through a 3D printer. The company created a latex mold and used it to make chocolates. “I’ve been involved in some weird 3D projects over the years at Inition but eating my own chocolate brain was one of the most bizarre,” says Millins. 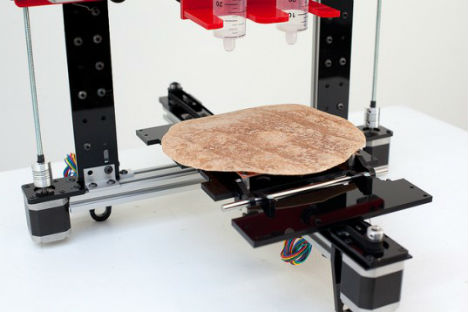 “A merging of gastronomy with digital fabrication,” the BurritoB0t squeezes food pastes like refried beans and guacamole into a tortilla. Creator Marko Manriquez aims to raise questions about the future of food, and whether machines will be able to produce convenient meals at home, quicker and cheaper than fast food joints.

Eat Your Friends in Gummy Form 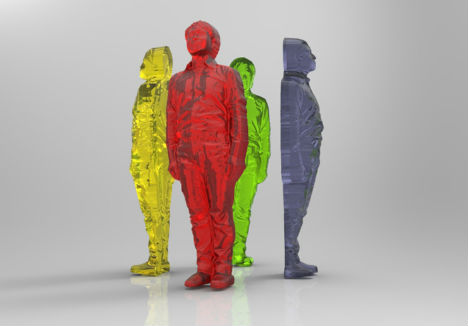 In addition to chocolate faces, Tokyo’s FabCafe offers the ability to print up a gummy model of yourself and give it to your sweetheart. Created as a special treat for a Japanese version of Valentine’s Day, the candies made it possible for some lucky girls to bite off their boyfriends’ heads. Too bad they weren’t life-sized. 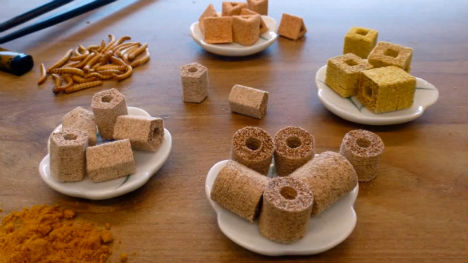 NASA has begun researching 3D printing prototypes for synthesizing food in space. The first meal they’ve got planned is far from the usual dehydrated astronaut fare: it’s delicious, delicious pizza. The firm working on the technology is using the open-source ‘rep rap mendel’ 3D printer, and plans to make the software open-source as well.

Make Your Own Pez Head 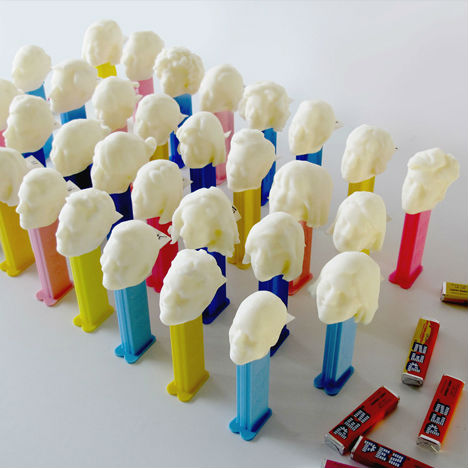 Toronto studio Hot Pop Factory customized Pez dispensers with 3D-printed heads of their customers. Next step: hand-painting each one?