Even This Cloud Has a Silver Lining 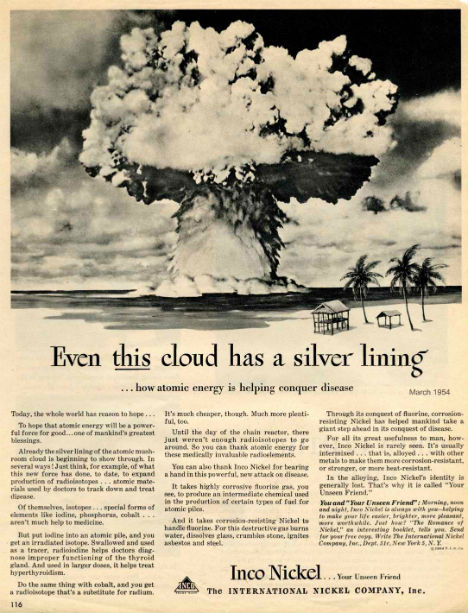 With an atomic mushroom cloud roaring into the sky, this ad reads ‘Even this cloud has a silver lining.” And how is that? Inco Nickel, ‘Your Unseen Friend’, attempts to ensure that the hysteria around nuclear bombs doesn’t extend to all things atomic. “Just think, for example, of what this new force has done, to date, to expand production of radioisotopes… atomic materials used by doctors to track down and treat disease.”

Is This Tomorrow? America Under Communism 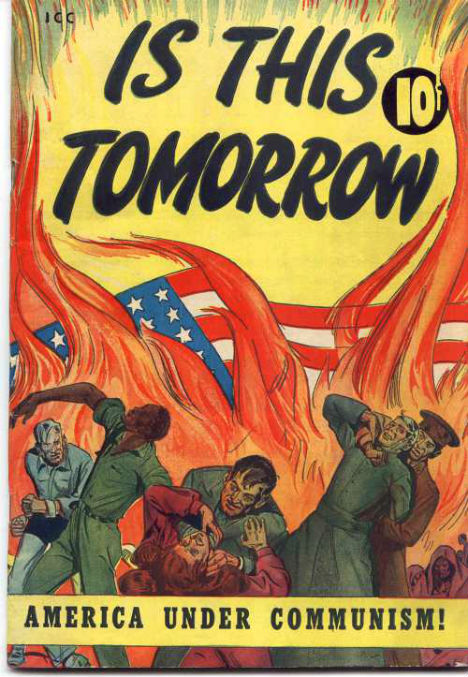 Propaganda extended to comic books, too, with this one as a prime example. The 48-page cautionary tale imagines what the United States would be like if the Communists won.The opening page reads “IS THIS TOMORROW is published for one purpose – TO MAKE YOU THINK! To make you mow alert to the menace of Communism. Communists themselves claim that for every official party member, there are ten others ready, willing and able to do the Party’s bidding. These people are working day and night – laying the groundwork to overthrow YOUR GOVERNMENT!” 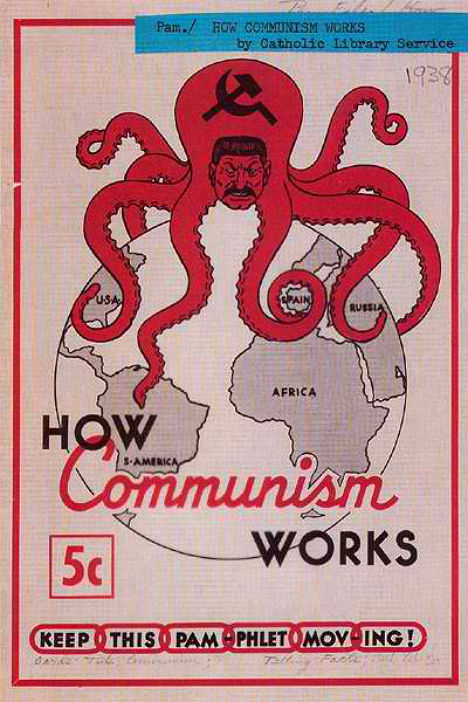 This odd 1938 pamphlet depicts communism as a red octopus sitting on top of the globe. It was released just before the Cold War started in earnest, when people were getting concerned about the spread of communism. 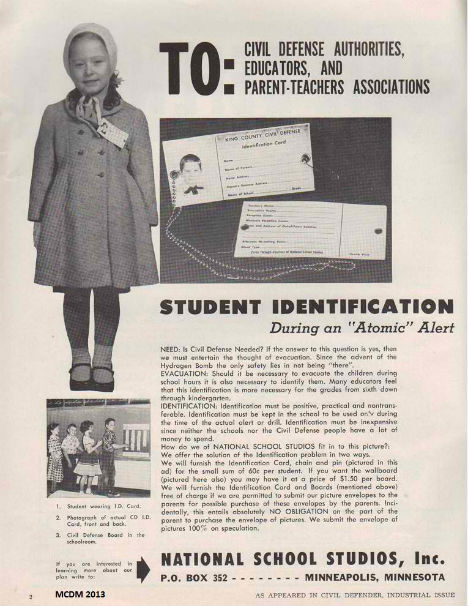 This Was Hot When the War Was Cold 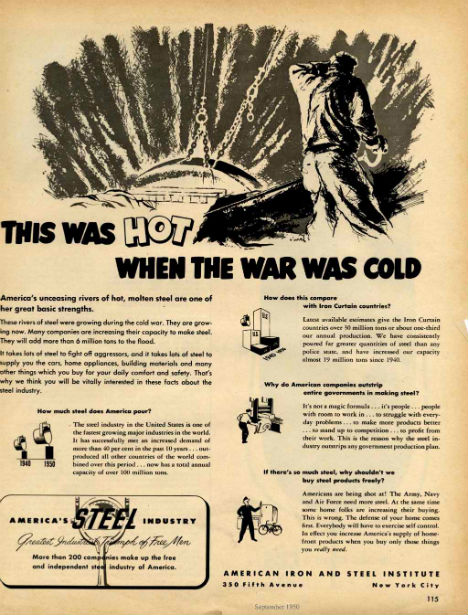 The steel industry couldn’t resist trumpeting its role in protecting the United States from the threat of Communism. This poster outlines how America’s steel industry stacks up to that of the Soviets and explains why citizens shouldn’t buy up too much steel to fortify their own homes – “Americans are being shot at!”