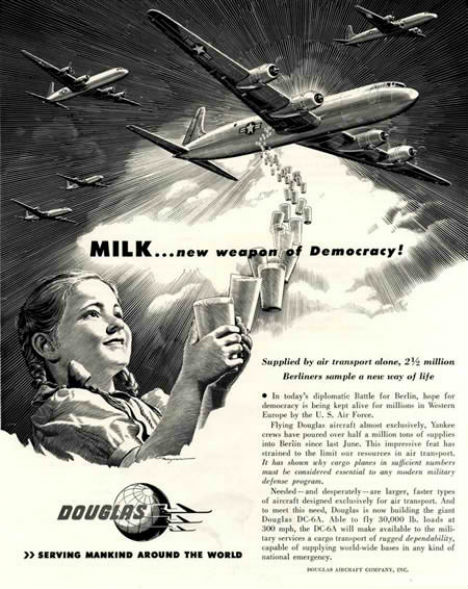 When the Soviet Army closed all roads in and out of Berlin in 1949 to stop all food deliveries to the civilian population, the United States and other Western democracies came swooping in by air with food and supplies – including milk.

Something the Reds Haven’t Got 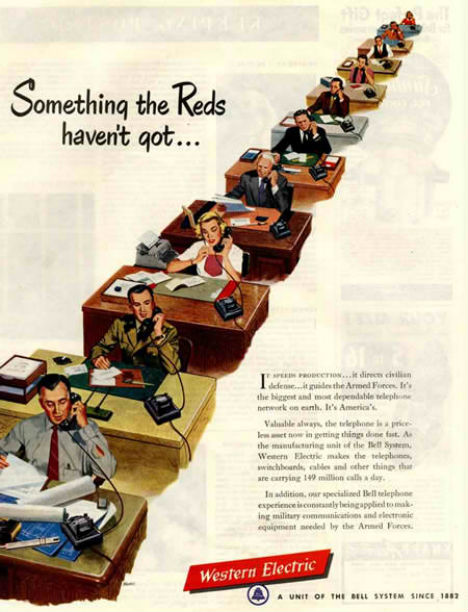 This ad trumpets the reliability of Western Electric’s telephone network, “Something the Reds haven’t got.” 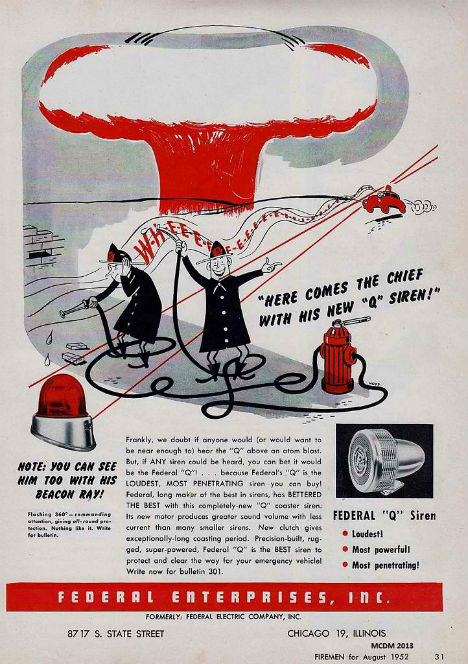 The fire chief looks awfully happy despite the fact that there’s a mushroom cloud right behind him. This is yet another ad for an emergency siren, seeming to make the point that if you’ve got a Federal Q, maybe nuclear war won’t be so bad. 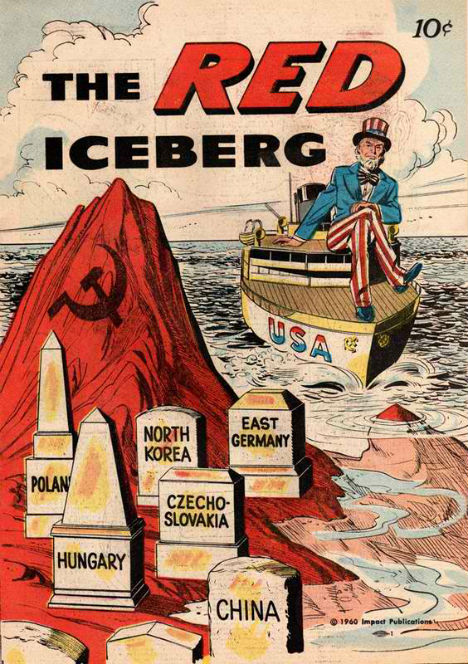 Look out, Uncle Sam! There’s a massive red iceberg ahead covered in what appear to be tombstones for Communist countries like North Korea and East Germany. This 1960 comic book was distributed to thousands of Catholic school kids to warn them about the threat.

I Married a Communist 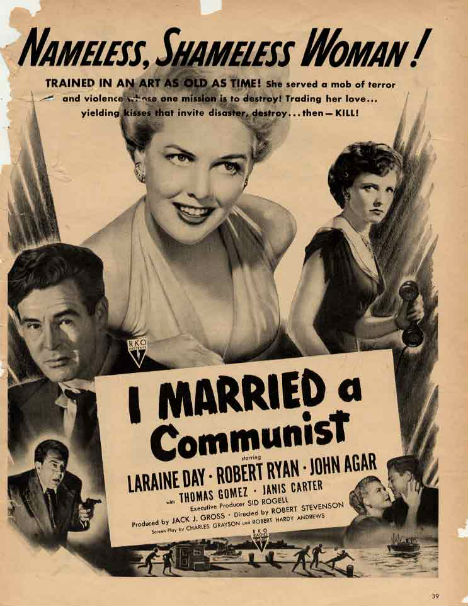 “She served a mob of terror and violence whose one mission is to destroy! Trading her love… yielding kisses that invite disaster, destroy, then… KILL!” Audiences weren’t crazy about the title of this 1949 propaganda film, so it was ultimately released as “The Woman on Pier 13.” 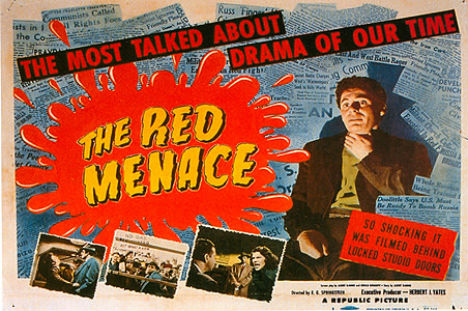 Also released in 1949, The Red Menace is an anti-communist and anti-Soviet film in which an ex-GI joins the Communist party and falls in love with one of his instructors.