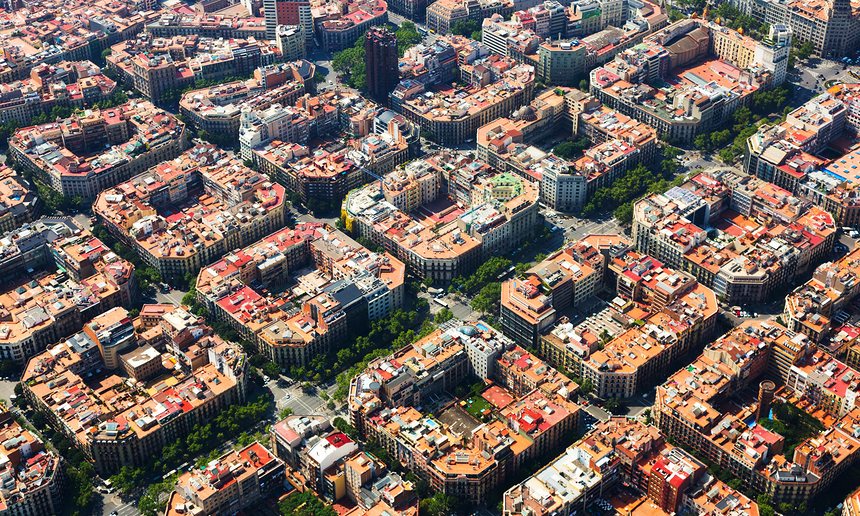 Could ‘superblocks’ help Barcelona return to its late-19th-century vision of urban utopia, clearing out the snarled streets so mini neighborhood blocks can literally breathe? The rapidly expanding Catalan city was suffocating within its medieval walls before engineer Ildefons Cerdá came up with his controversial plan to tear them down and build a gridded district called Eixample way back in the 1870s. This orderly block-based approach met with a lot of resistance when it was proposed, yet ultimately became a model for urbanization before the burgeoning density of the industrial era choked it with cars and filled its air with pollution. 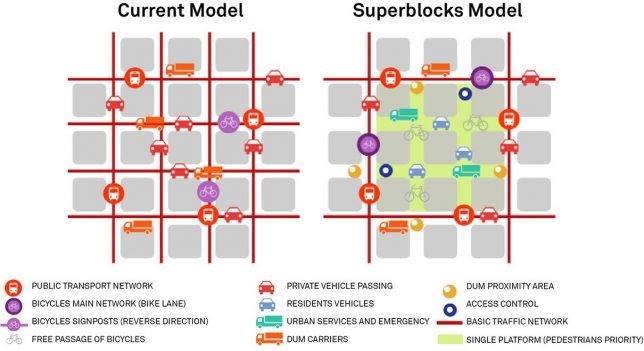 The plan was for the population to be spread out equally, with green spaces, schools, markets and other necessary neighborhood functions easily accessible from every block. While it did help make Barcelona healthier at the time, each of those tiny streets has been invaded by too many cars for the city to handle, and apartment blocks have sprouted up where parks used to be. Eixample has just 1.85 meters of green space per inhabitant, compared to Amsterdam’s 87.5, and the air quality and sedentary lifestyle are leading causes of death. 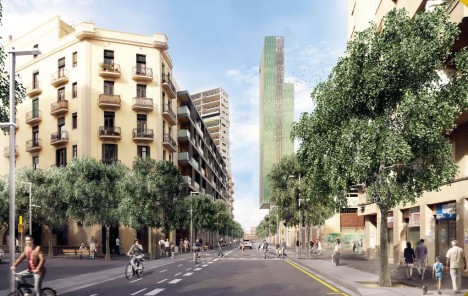 Barcelona’s urban planning committee wants to reverse that with ‘superilles,’ or superblocks. First, traffic would routed to larger roads on the perimeters, with cars, trucks and scooters only allowed within each block if they belong to residents. 186 new miles of cycling lanes throughout the city will encourage biking, and an orthogonal bus network keeps public transit on main thoroughfares. Each superblock would become like its own little city, with its own character. 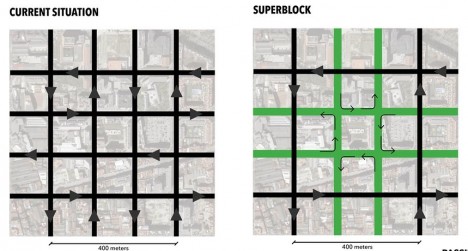 This new city structure would free up 160 intersections for foot traffic, events, gatherings and other community-based purposes. The process is being conducted through gradual changes utilizing existing infrastructure, starting with nine areas. Sant Martí, a district that already hosts car-free days, will act as one of the main guinea pigs in a series of trial and error experiments the councillors call “tactical urbanism.” 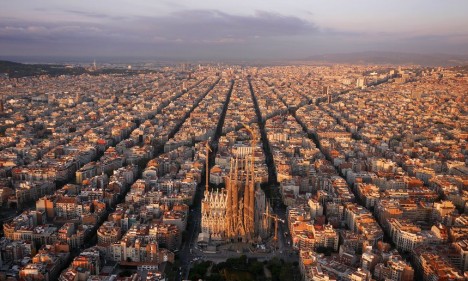 “We have, as a base [for the plan], Cerdá’s Eixample, which was undermined by greed,” says Salvador Rueda, director of Barcelona’s urban ecology agency. “What was green in the plan was slowly overtaken and built on. And then, when cars arrived, they slowly overtook more and more space… We want to reclaim those green spaces and that can only be done through a drastic mobility change.”