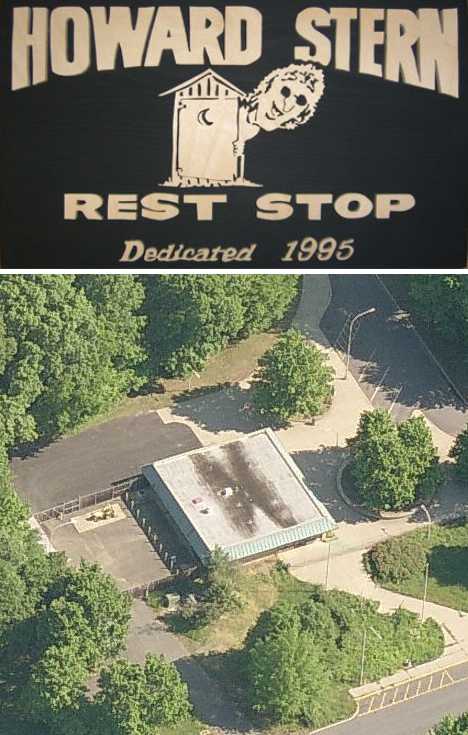 Most rest stops don’t have official names because, well, who would want their name on a rest stop? Howard Stern, that’s who! The Howard Stern Rest Stop along I-295 southbound in New Jersey was so named in 1995 after New Jersey gubernatorial candidate Christine Todd Whitman guested on the radio shock jock’s show and offered the “honor” in return for his support. Whitman won, Stern got his rest stop, and the latter was closed a few years later after patrons reportedly (and repeatedly) engaged in “lewd activities” in and around the premises. These days a replacement rest stop that does NOT bear Stern’s moniker serves travelers just across from the old stop, on I-295 northbound. 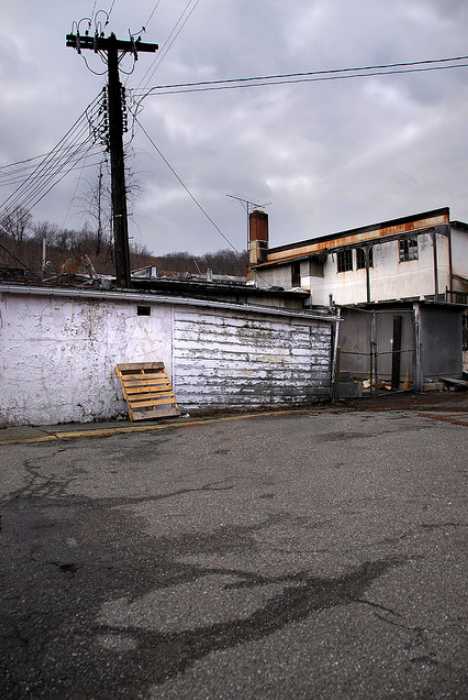 (image via: Kevin B)

Things aren’t all bad in New Jersey… wait up, yes they are! Flickr user Kevin B snapped this dreary abandoned rest stop on a dreary gray April day in 2008. Note how the leaden hue of the sky complements the weathered charcoal tint of the cracked asphalt and the flaked off-white paint on the outbuilding while contrasting warmth is provided by the cracked wood of the dumped pallet and streaks of dull rust along the roofline. Ahh New Jersey… in sadness there is beauty. 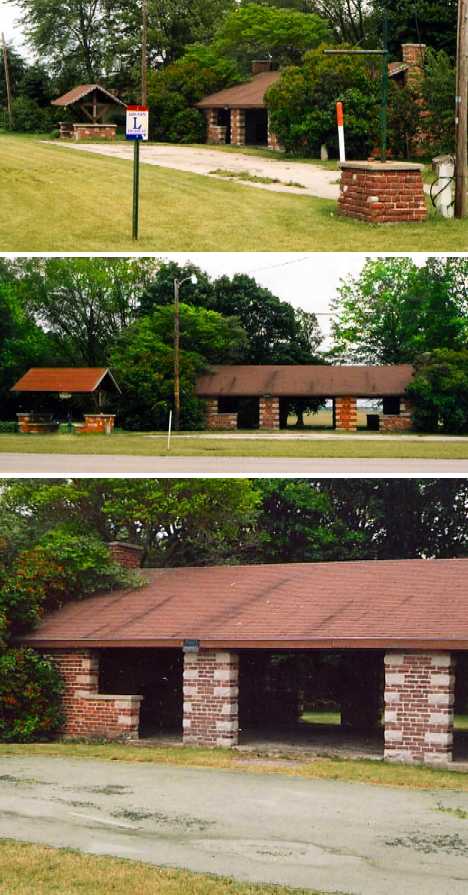 Four score and seven years ago, our forefathers dreamed of a rest stop. Sandor Gulyas has made it his mission to document the Lincoln Highway in Ohio from the “Indiana border to Beaverdam,” and he hasn’t missed many stops along the way… including the abandoned rest stop above. Located near Leatherwood Creek between Gomer and Delphos, the spiffy-looking rest stop was closed to all traffic but appeared to be well maintained and graffiti-free as of June 2003.