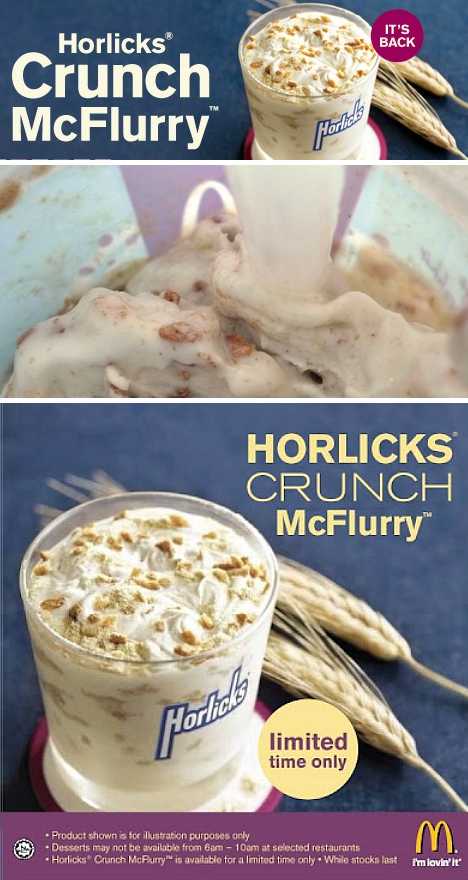 (images via: McDonald’s Around The World, nomnomnom and Hokangtao) 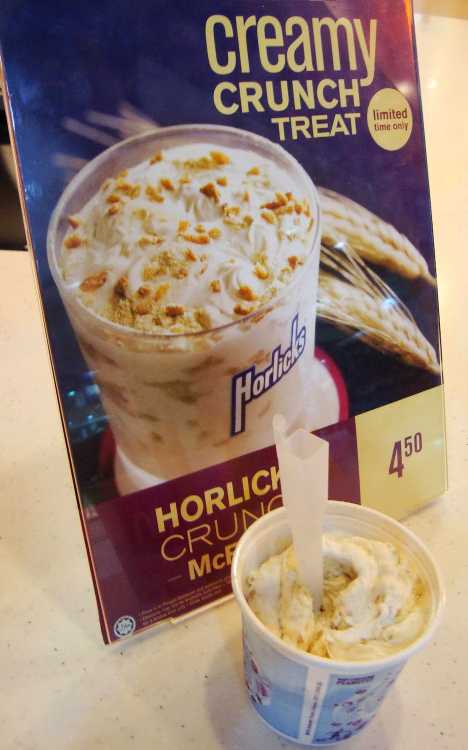 Debuting in Singapore in July 2012 and returning in April 2013, the limited edition Horlicks Crunch McFlurry sported a sticker price of $2.70 SG (around $2.15 US) and was reportedly a popular offering at the city-state’s multitude of urban Dessert Kiosks. What’s the deal with Singapore’s love affair with the McFlurry anyway? Maybe it’s reflection of the infamous chewing gum ban: while you can’t chew a McFlurry at least you can choose one (badda boom!). 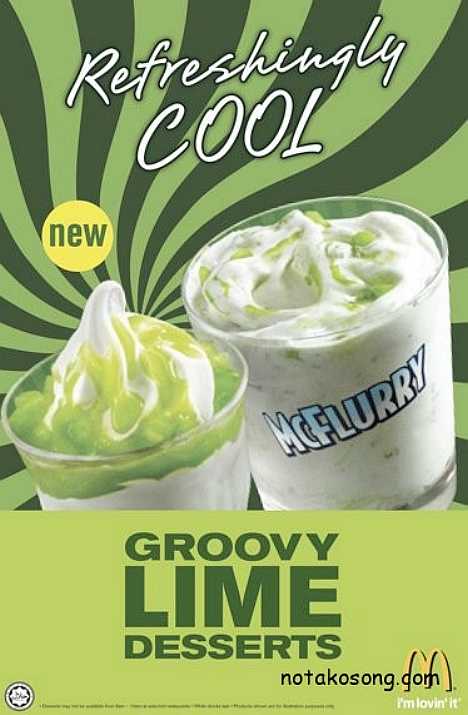 (image via: Everyday Is A New Day)

About the only thing the Groovy Lime McFlurry has in common with McDonald’s classic Shamrock Shake is the color green. The former further ditches any Irish allusions in favor of Malaysian ones: Nata de coco gel and “zesty lime topping” add exotic color and flavor to McDonald’s creamy smooth vanilla soft-serve ice cream. This groovy green dessert chiller debuted in summer 2012 and offered overheated customers a choice between sundae and McFlurry versions. 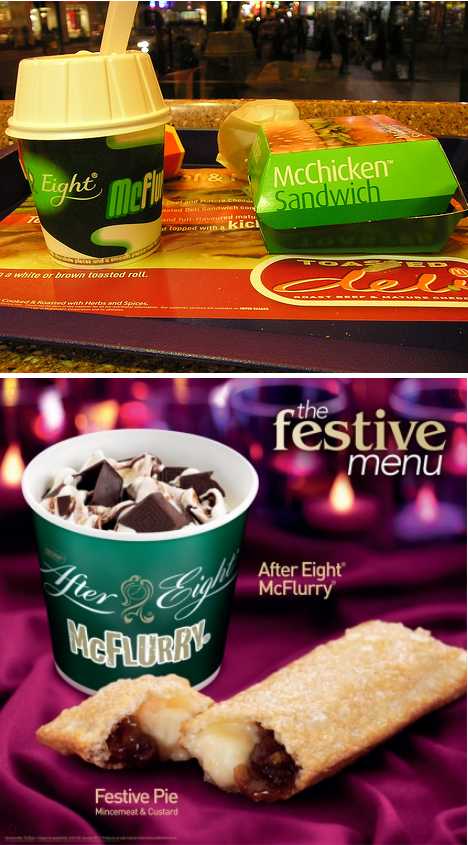 (images via: Unjuez and Brand Eating)

For several years now, McDonald’s UK and the Nestlé confectionery company have collaborated on a series of “Festive” McFlurry flavors, one being the After Eight McFlurry that last graced the McMenu in late 2011. 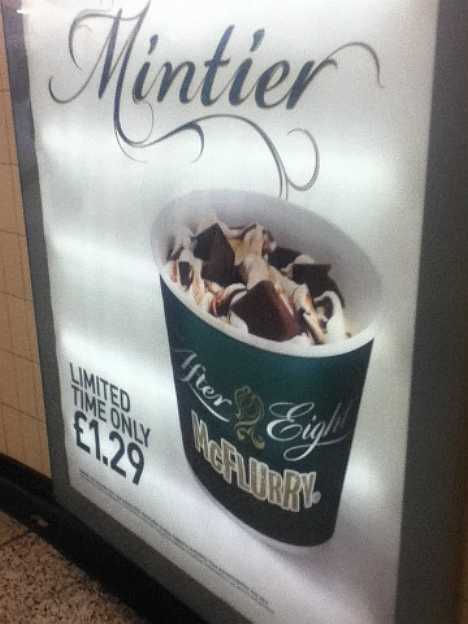 (image via: Karen On The Run)

After Eight chocolates were the inspiration for this extra-cool McFlurry, with chunks of dark chocolate After Eight mints (tourists may have seen them before, having been left on your hotel room pillow by the maid) and chocolate syrup blended into a base of McDonald’s vanilla soft-serve ice cream.