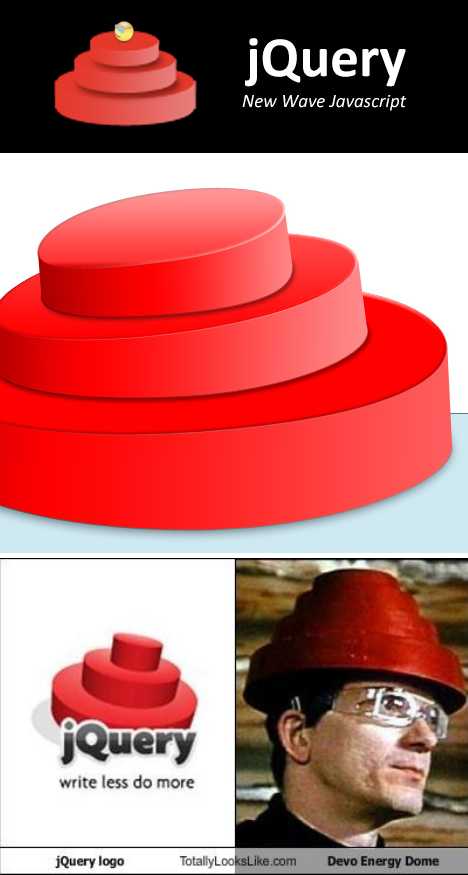 (images via: Ajaxian, 2meter3 and CHEEZburger)

When the jQuery team was brainstorming logos for their “New Wave Javascript” framework in 2006, what do you think they came up with? Anyone? Bueller? Has anybody thought to query jQuery on the striking visual similarity or do we leave it to DEVO’s legal beagles, aka the Smart Patrol? 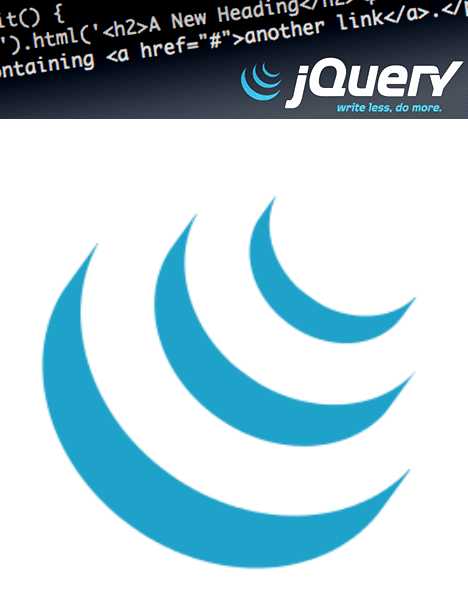 (images via: Elated and 1stWebdesigner)

Fast-forward half a decade or so and we see a little evolution in the jQuery logo… that’s evolution, not devolution. Truth be told, jQuery’s logo (old and new) only has three terraces while the official DEVO Energy Dome boasts four, so it’s got that going for it, which is nice.

What’s All This Culture Cap? 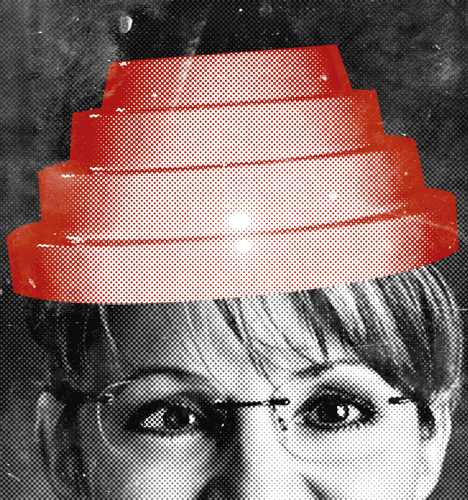 As you go through your day-in day-out routine, sooner or later (and more likely sooner) you’re going to see a DEVO Energy Dome… maybe two or three, maybe even from your house. Energy Domes aren’t even considered “weird” anymore, which may or may not have been DEVO’s original intention. Maybe both. 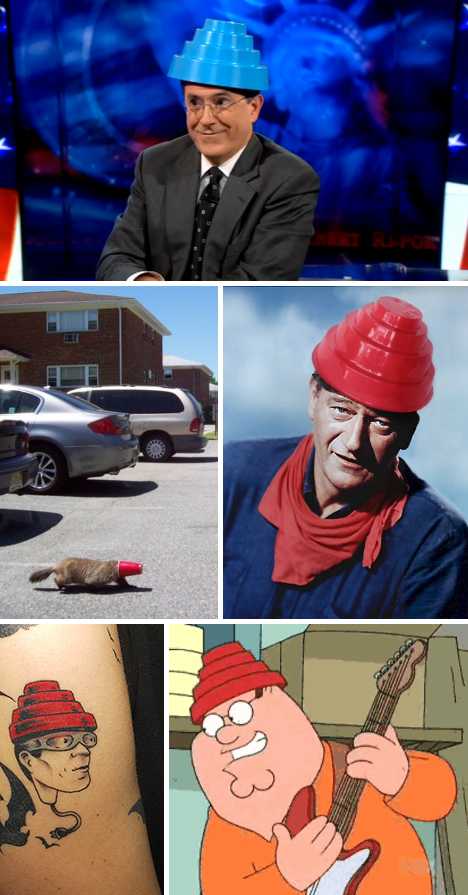 Indeed, the suits in McDonald’s marketing department knew exactly what they were doing when they outfitted New Wave Nigel with an unauthorized Energy Dome. Can you think of anything else that so neatly and succinctly embodies the The Eighties in one neat pop-cultural package? Maybe ol’ Nige could have been outfitted with a down-filled vest, driving a DeLorean? Nope, the DEVO Energy Dome packs the frenetic energy of that long-past decade within its swell series of staggered steppes. Through with being cool? We think not! 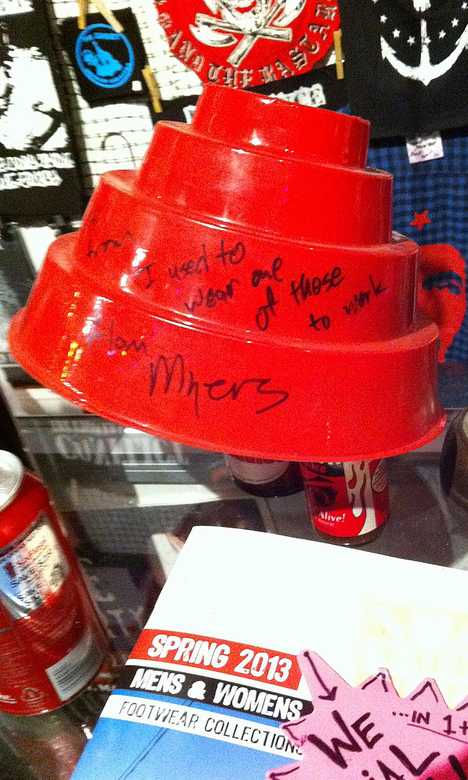 He wore a hat, and he had a job, and he brought home the bacon... and if we’re talking about the late Alan Myers (and we are), then he wore THIS hat and his job during what most agree was DEVO’s golden era was being the band’s drummer. Dubbed “the human metronome” in reference to his flawless percussion on tracks like “Satisfaction”, Myers sadly passed away on June 24th of 2013. Full credit to Chris Barrus for the career-capping photo above and last but not least, R.I.P. A.M.