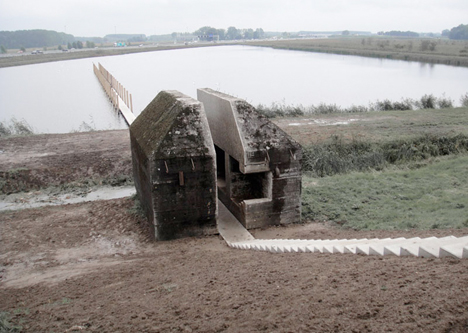 An abandoned military bunker in the Netherlands has been cut in half as part of a tourist attraction along the New Dutch Waterline. The area was in use from 1815 to 1940 as a strategic military zone protecting nearby cities like Utrecht, and includes nearly 700 structures. Rietveld Landscape designers sliced away the center so visitors can walk right through the center of it on their way down to the water. 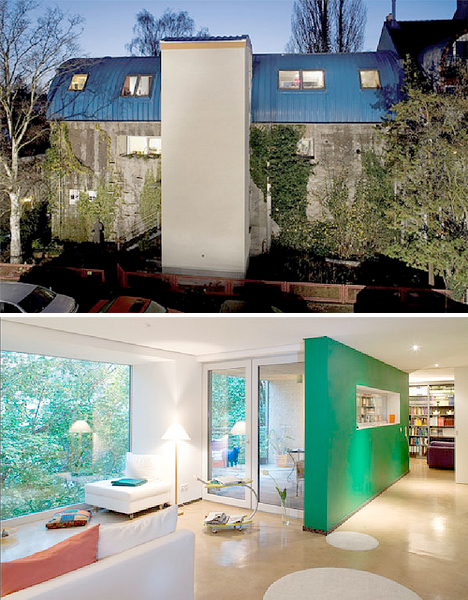 Architect Rainer Mielke has built a career on transforming some of Germany’s 2,000 disused military bunkers into modern, affordable apartment buildings. Mielke got the idea after cycling past a World War II bunker on his way to work each day and wondering what could be done with it. Laws prohibit renovating the entire interiors of the structures, so they can still be used for emergencies, so Mielke and his team build the flats on the upper levels and roofs, keeping the lower floors free. 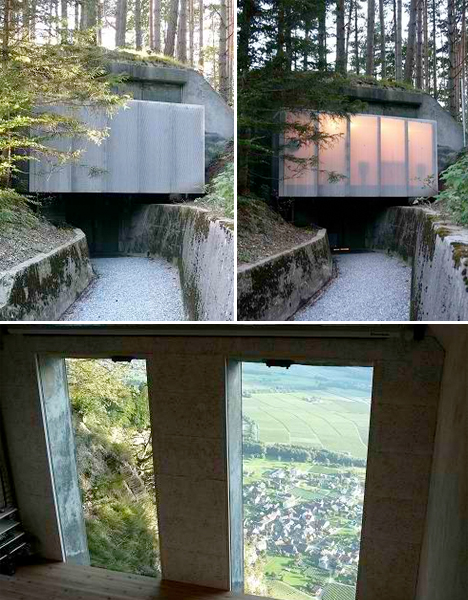 This structure was entirely forgotten when a park ranger stumbled upon it deep within the woods of Switzerland. Now, the former military cable car station is a modern cultural center, transformed by local architects Atelier-f. 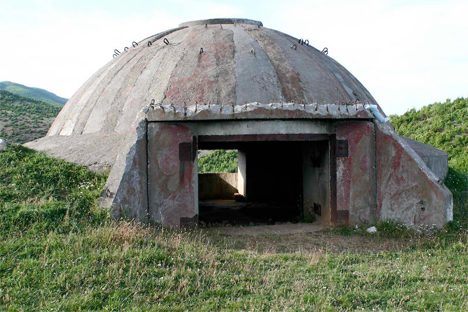 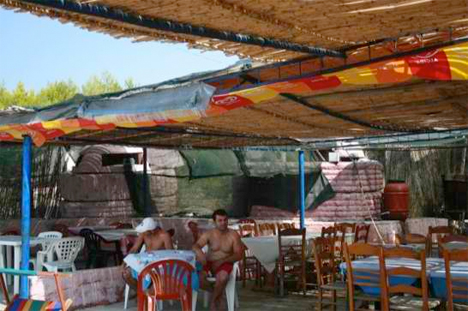 Albania is strewn with over 700,000 ‘concrete mushrooms,’ little four-person bunkers that were never used for their intended purpose of providing shelter for residents during the years of Communist rule. The vast majority of them are abandoned, but some have been reclaimed by local residents for all manner of uses, from tattoo parlors to restaurants. 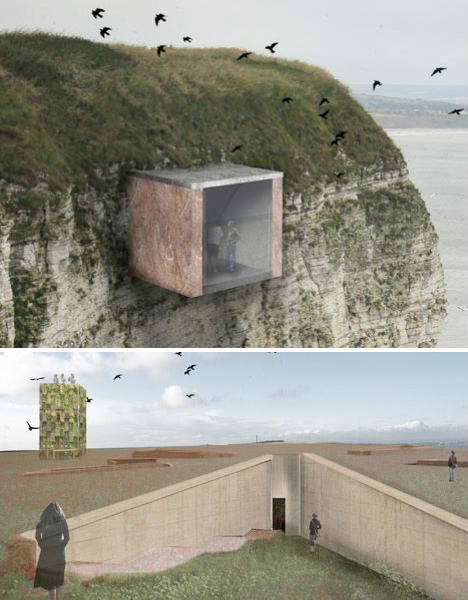 A disused bunker in Yorkshire, England could become a space honoring the role of women in war. Designer Charlotte Wilson envisions the RAF Bempton bunker as a peaceful seaside museum jutting out of a cliff, with various spaces in the museum focusing on past, present, reflection and remembrance, and future.