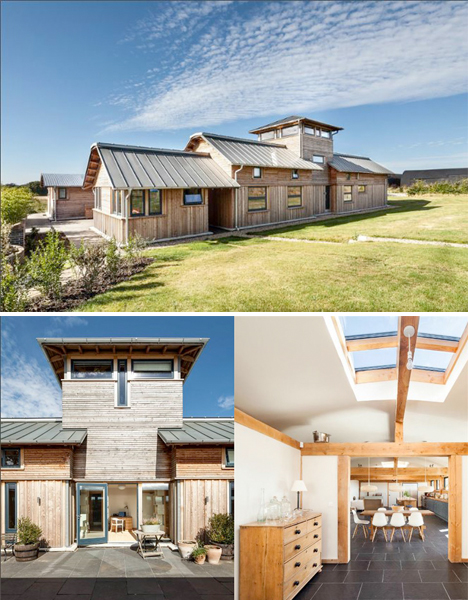 You probably wouldn’t guess from looking at it that this ordinary-seeming farm in the English countryside was once an airbase and shelter for a U.S. Air Force bombardment group during World War II. The farmhouse itself is new, but it stands next to barracks that now serve as functional additions to the home. 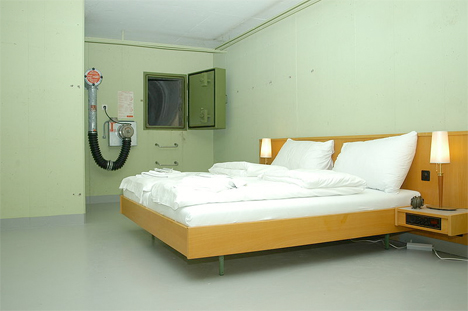 Enjoy all the comforts of a nuclear bunker at the Null Stern, a ‘zero-star’ hotel in Teufen, Switzerland. The hotel was conceived as an art installation, and was briefly functional as novelty lodging before it became a museum in 2010. Guests who paid just 6 pounds (roughly 9 dollars) per night to stay there were given hot water bottles to fend off the cold and a pair of earplugs to block out the noise of the ventilation system. They slept in military-style bunks, and entered a draw to decide who got to take a hot shower in the morning. 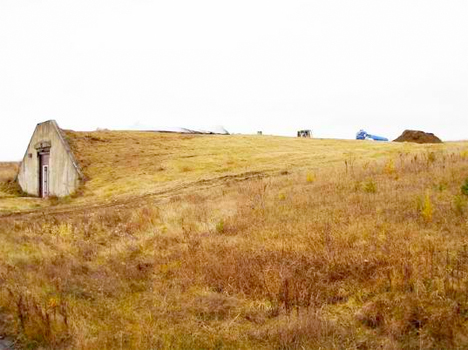 43 grass-covered Cold War bunkers in Maine that sat empty for years are now part of the Aroostook National Wildlife Refuge, and two of them have been given a cool new purpose: they’re artificial caves for bats. The bunkers were altered to provide a suitable habitat for 30 brown bats brought in from Vermont and New York; the idea was to protect them from caves contaminated with White-Nose Syndrome, which has killed 6.7 million bats throughout North America. Though many of the bats returned to their caves, and ultimately died, nine survived; the experiment demonstrated that bats can survive in artificial hibernating spaces. 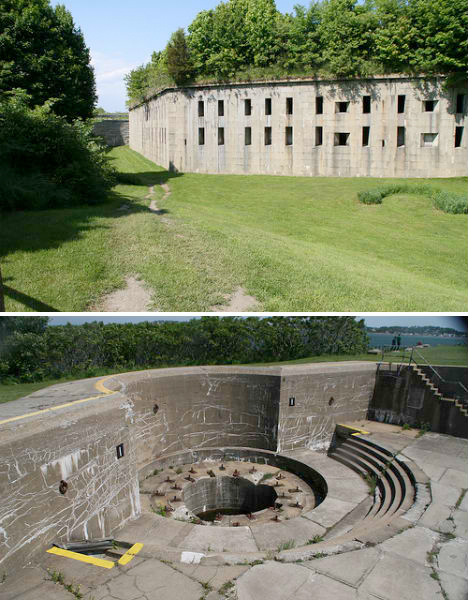 A disused Civil War fort just a ferry ride away from urban Boston is now a tourist destination. Fort Warren was constructed in 1847 on an island that had been used for agricultural purposes for centuries, and was supposed to be the main line of coastal defense, but proved obsolete by the time it was dedicated. It was used as a training ground for soldiers for a century, but abandoned in the 1940s. A historic preservation purchased it a few years later. Georges Island remains a dark and crumbling place, the subject of rumors about hauntings, so it’s easy to see why visitors are keen to spend a day picnicking on the grounds and feeling their way down pitch-black hallways. 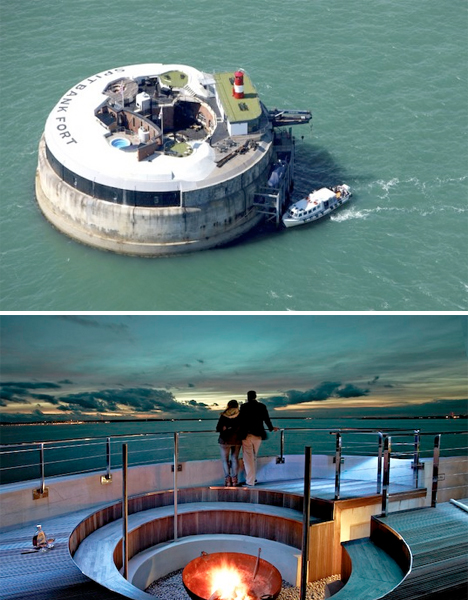 Abandoned British sea forts have been adapted for all sorts of strange uses, not the least of which is the Principality of Sealand, which has been claimed (though not officially recognized) as the world’s smallest micronation. One of those forts, which is over 100 years old and was decommissioned in 1982, is now a luxury island resort. The Spitbank Fort Hotel features exposed brick walls, fortress windows and cannons as well as a rooftop hot tub, sauna, sun deck, champagne bar, wine cellar and library. It’s only reachable by boat or helicopter, and rooms go for $565 per night.