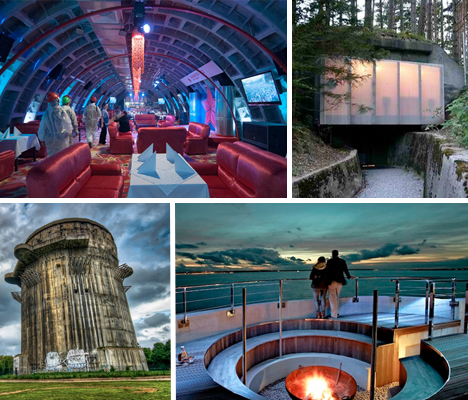 Once they were no longer needed as bunkers, flak towers, forts, airfields and barracks, these military structures sat empty and abandoned, a stark reminder of wars past and those that may occur in the future. But these structures were built to last, and now they serve surprising purposes – like climbing walls, aquariums, hotels, apartment buildings and night clubs. 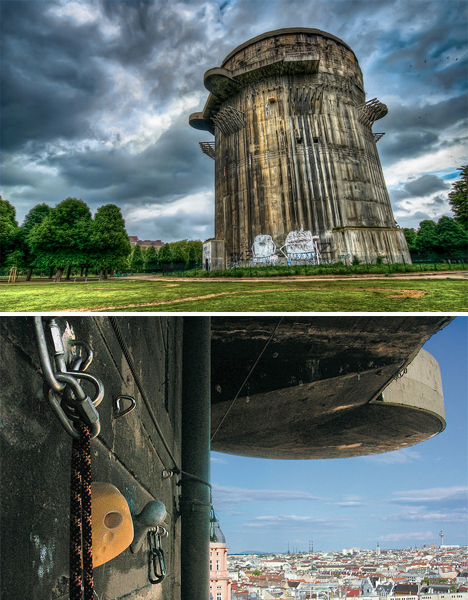 Flak towers constructed in Germany and Austria on Adolf Hitler’s orders during World War II have been reclaimed as climbing walls, music schools, shops, nightclubs and even an aquarium. These extremely strong structures were built to counter airborne Allied forces, with concrete walls three meters thick. Their size and durability made them difficult to destroy after the war, and many stood empty and abandoned for decades. Climbing equipment enables visitors to scale the 47-meter-tall (154-foot) Haus des Meeres in Vienna; it was once crowned with a Wurzburg radar dome, and now contains thousands of sea creatures, including a 300,000-liter shark tank. 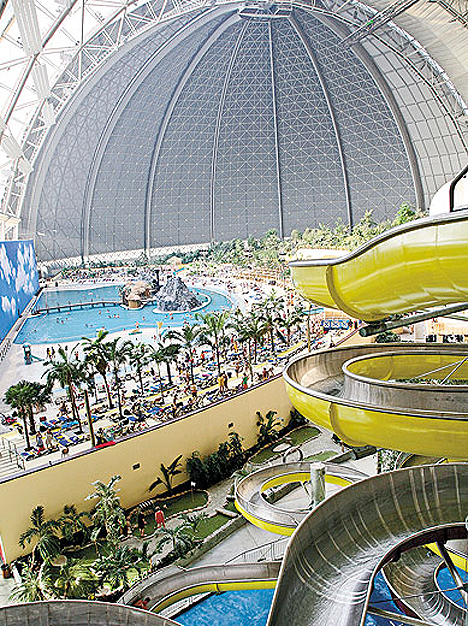 The world’s largest freestanding building is an airship hangar built at an abandoned Soviet military base just south of Berlin. Measuring 1,181 feet long and 688 feet wide, the structure was created for the delivery of massive industrial machinery like wind turbines, but a Malaysian firm has converted it into something much more fun: a water park. Tropical Islands Resort contains a 3,000-square-yard swimming pool, 600 feet of sandy beach and 50,000 trees in 600 varieties. 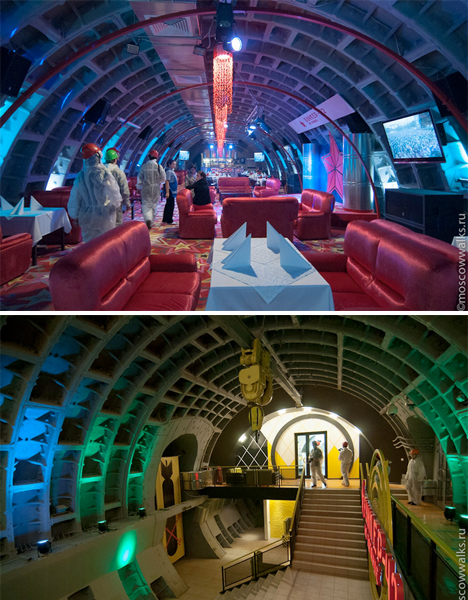 The 75,000-square-foot Taganskaya Protected Command Point in Russia was in military use from the 1950s to 1986, when it was abandoned. But in the early 2000s, a company purchased the disused subterranean space and transformed it into a Cold War Museum called Bunker 42, which includes a restaurant and night club. 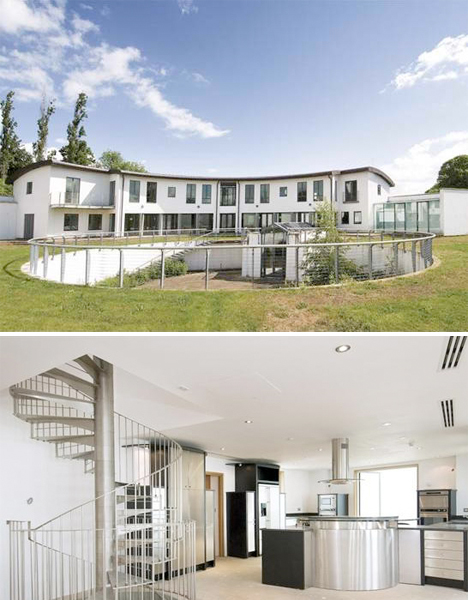 A former Cold War torpedo facility in a London suburb, once used to test submarine technology, is now a stunning round home. The structure once boasted a 160-foot-diameter dome covering a 120-foot-long, 15-foot-deep pool where model torpedoes and submarines were rotated on a large arm up to 150 feet per second. The domed structure had to be removed due to contamination, but the home still features a 4-foot-thick blast wall. 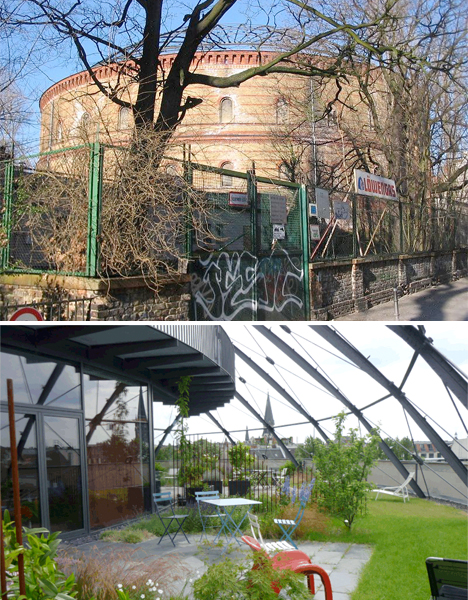 A 19th-century gasometer that was also used as an air raid shelter during World War II is now a luxury apartment building. The Fichte-Bunker in Berlin held gas for the city’s street lamps, but when they were switched to electricity in the 1920s, it was no longer needed for this purpose. The walls were reinforced with up to three meters of concrete for its use as a shelter, and 30,000 people allegedly took refuge there on February 3rd, 1945 despite its capacity of 6,000. Once the war was over, it was used as a homeless shelter for decades, and then held emergency supplies for the Cold War. The structure now holds thirteen two-story luxury condos with large grassy upper-level terraces.