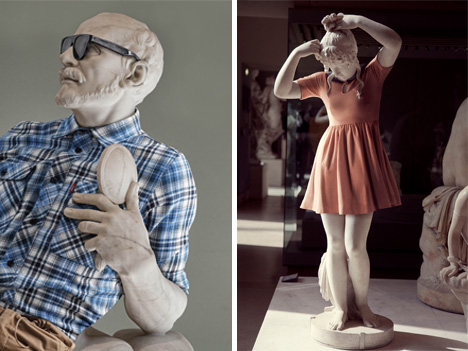 The photographer began by photographing the statues in place at the Louvre from all different angles. He then sought out models in Paris who shared the approximate proportions of the people depicted in the statues. He dressed the real people up in hipster attire and photographed them in the same position as the statues. From there, it was just a question of Photoshopping the clothing onto the statues. 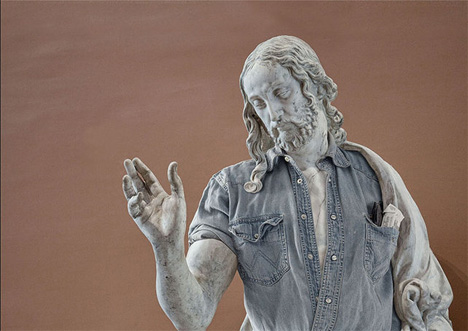 But the mechanism by which these photos were created is less important than their cultural significance. Look at the far-off gazes of the statues, the ambivalent looks on their faces, their super-casual postures. We dare you to look at this mash-up and not see how perfectly the hipster attire and attitude melds with these ancient examples of humanity. 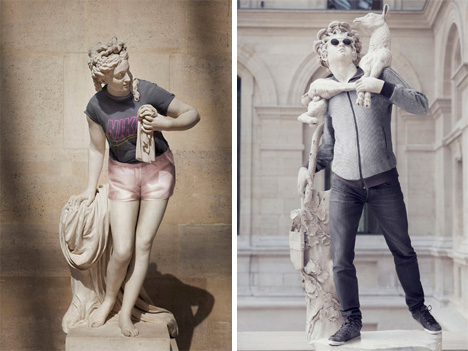 The statues look like they could actually be modern people in an Urban Outfitters catalog. Maybe civilization hasn’t changed that much since the ancient Greeks, after all.