Night never comes to this massive complex newly constructed in China. Complete with its own artificial sun (as well as beaches and waves), the world’s largest structure is not a skyscraper but a building both horizontally and vertically vast. 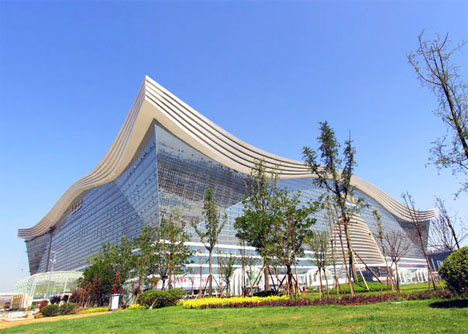 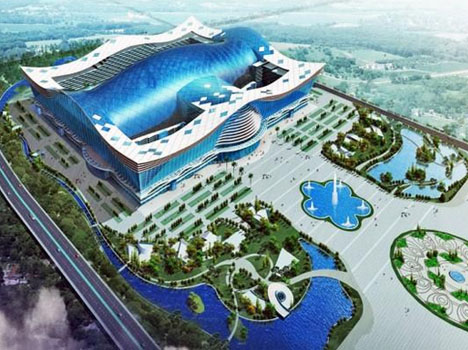 The New Century Global Center in Chengdu, Sichuan, has offices, shops and five-star hotels as you might expect, but it also has simulated exterior spaces with LED screens depicting views of artificial horizons as well as theaters, amusement park rides and an Olympic-sized ice skating rink. 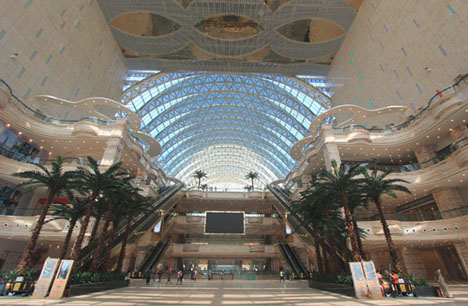 Its square footage is hard to fathom, even in meters (1.7 million square), so its creators have come up with another way to visualize the enormity of the space: you could fit 20 Sydney Opera Houses inside of it, 3 copies of the Pentagon or 329 football fields. 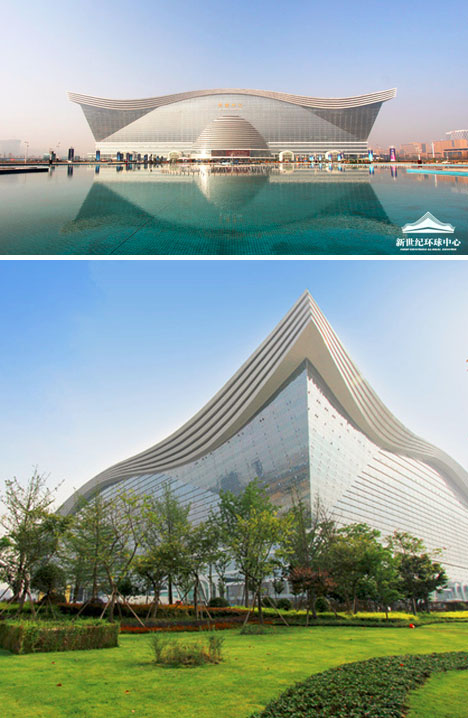 Critics call it boring and massive, but fans admire its relative simplicity and highlight its variegated interior experiences. Though basically minimal overall, a thick and wavy roof line helps define it and provides a way to brand and identify it as both a Chinese structure and potentially iconic symbol.