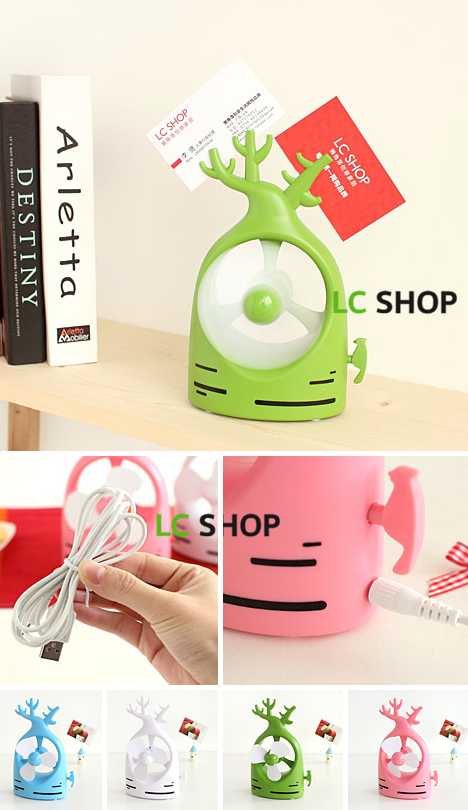 The Tree-Shaped USB/Battery Powered Fan from LC SHOP doesn’t look much like a tree at first glance… we would have guessed it was modeled after Zoidberg’s pancreas. Imagine, however, if you were at the base of a leafless Baobab tree, looking up. Make sense now? The fan comes in sky blue, white, olive green and pink which are, coincidentally, the colors of Zoidberg’s pancreas.

The designers of this 8-inch tall desk fan cleverly molded the upper branches of the tree (or pancreas, if you prefer) so that they’d grip business cards, small memos, post-it notes and other important papers… because you WANT to save valuable paper notes just above the spinning blades of a fan. Designers, your clever idea is bad and you should feel bad! On the bright side, having the power switch take the form of a tiny woodpecker was a stroke of pure genius. 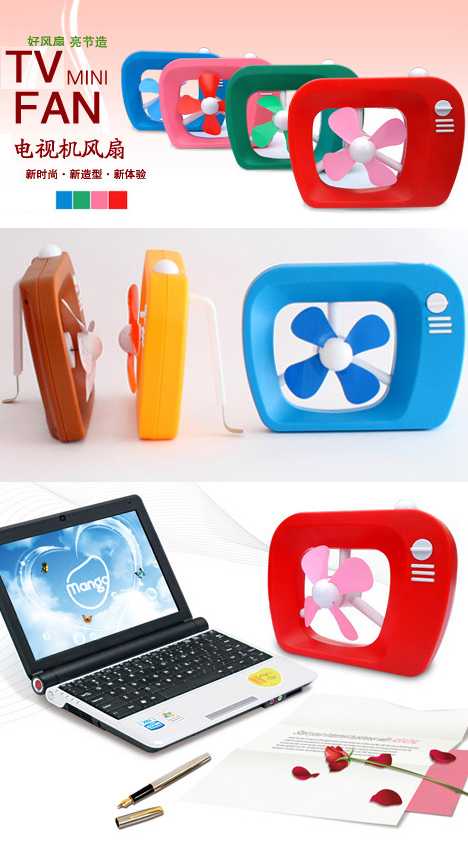 Who says there’s nothing good on TV these days? If we’re talking summer days (and nights), the USB Mini TV Fan is the coolest show around! Made from durable ABS plastic and available in blue, green, pink, and red (the latter two with contrasting fan blades), the fan boasts a lean-to style arm to prop it up and best of all, the ON/OFF switch is the channel-changing knob. 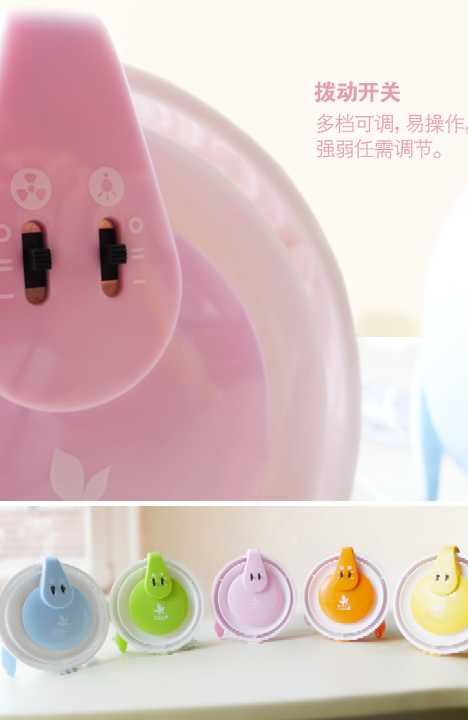 The vPro Office Multifunction USB Fan Lamp packs a lot into a small package though judging from its pig-nosed appearance it should also exude the aroma of bacon… and maybe the sound of it frying as well. Maybe someday when pigs fly, or at least when cars fly as we’ve been promised.

In place of a pig’s nostrils, twin switches control both a fan and a multiple-LED reading lamp. Both functions offer two selections, and the disk housing the switches swings up to reveal both the fan and the LEDs. The fan isn’t one of those trendy Dyson bladeless designs but it’s been cleverly camouflaged to look like one. Still not sold? It looks like a piggie’s face… and it comes in five lovely pastel shades!