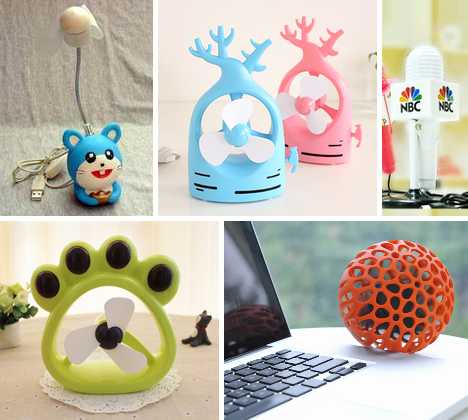 Intended for low-cost mass production but displaying a wide variety of clever conceptual designs, these 12 Chinese desk fans may blow but they sure don’t suck.

That’s exactly what the box reads, “Funny and Playful USB Airplane Clip Fan”, though whether this fan is actually funny and/or playful depends on both the sensibilities of the purchaser and how they’re going to use the fan. Most regular folks will simply clip it on their monitor screens and flip the ON switch mounted on the bottom… it may not get you hot but funny, playful or not it will definitely keep you cool. 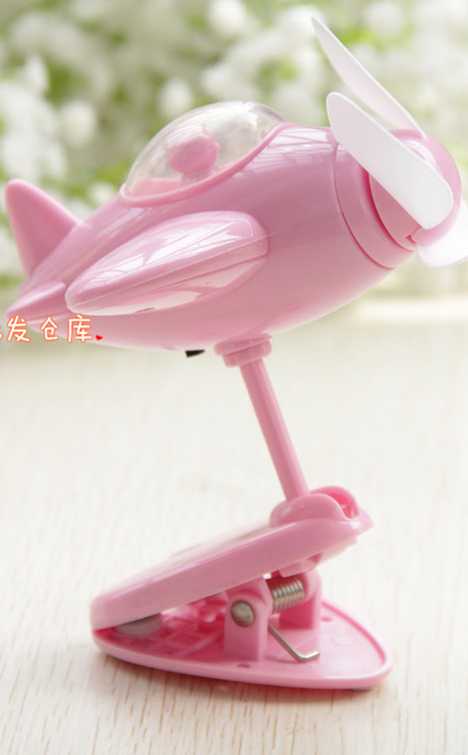 The Funny and Playful USB Airplane Clip Fan comes in any one of three pastel tints: mint green, pale pink or ivory white. Just plug the USB cable into the plane’s faux exhaust pipe – nice touch there – and you’re good to go on one more chilling mission! 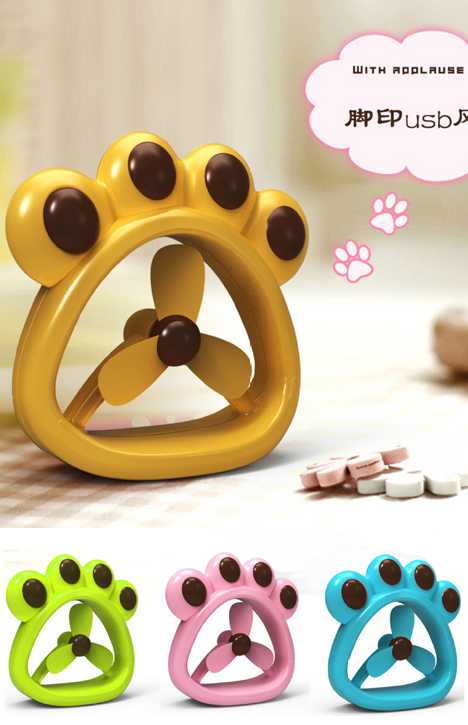 Wee paws for stationary cool-ification! The eDON USB “Bi-Cycle” fan is a delight for dog-lovers or simply those sweltering through the dog days of summer. Just press the leftmost toe pad to get the breeze flowing, and never mind the fact that the wind caressing your face emanates from a foot just a foot away. Available in golden brown, pastel pink, lime green or sky blue, the design of this USB-powered fan demands applause… though unfortunately the “with applause” copy at the seller’s website promises the same in vain.

That’s W ENNN B C!… less the W. The NBC Microphone-Shaped USB Desktop Fan is one of a series of four similar fans bearing the (owner applied) decal logos of NBC, China’s CCTV, Hello Kitty, and Doraemon. Are these popular logos officially licensed by the copyright holders? We’re guessing they aren’t but you won’t catch us, er, broadcasting our suspicions. 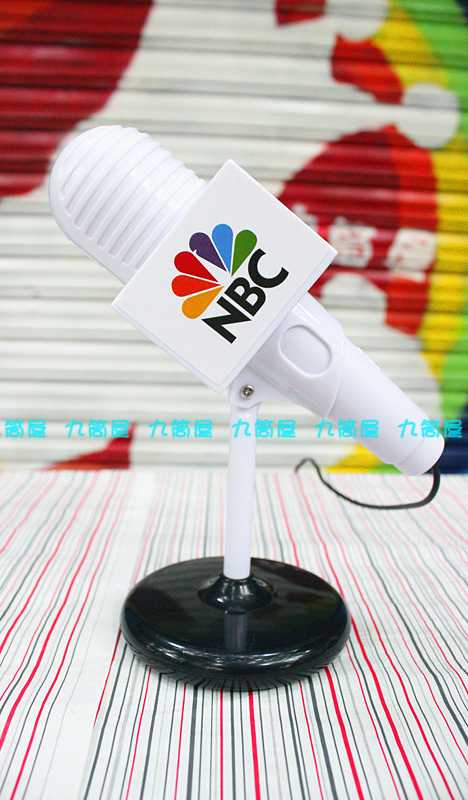 Legal niceties aside, the fan’s design is rather ingenious: users hold the fan’s body as if it were a microphone, then remove the protective fan blade cap and flip the switch to ON. Lest any late night talk show host wannabees feel the need to bend it like Fallon, be advised you’re just spittin’ in the wind.