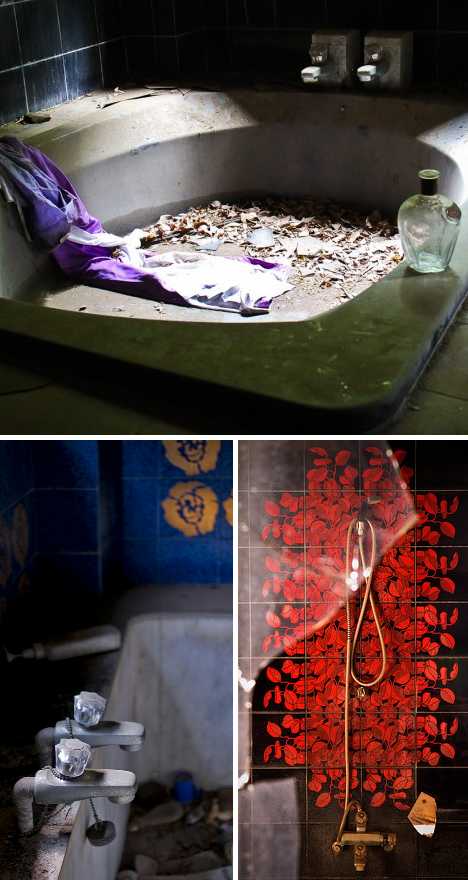 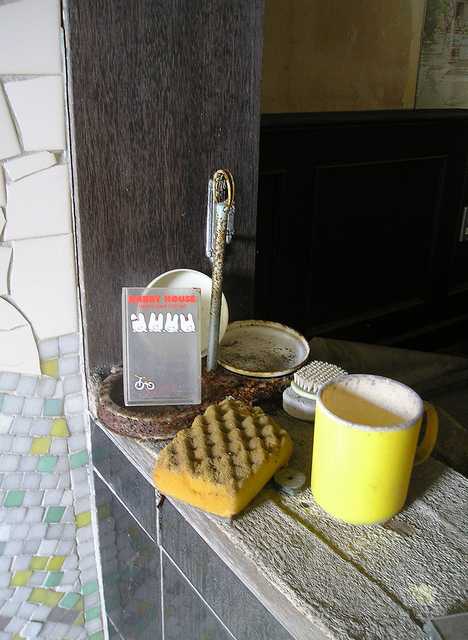 It would seem that when the end came for the Queen Chateau soapland, it came suddenly with managers, staff and customers fleeing the joint like rats escaping a sinking ship. From expensive bath fittings to the basic minutiae of bathing, everything remains in situ as if the local cops had mounted a raid. Perhaps that’s exactly what happened. 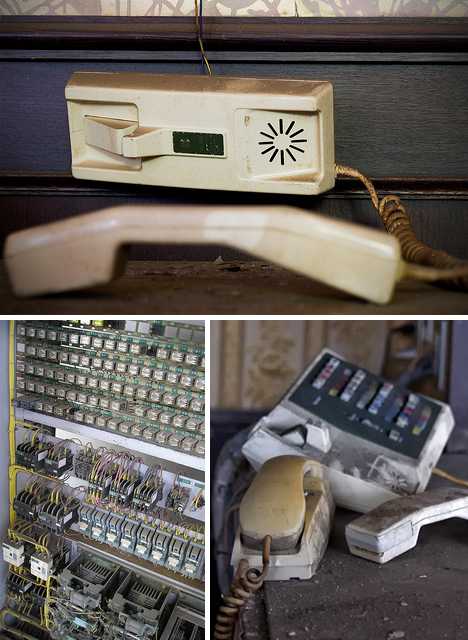 Getting away from it all for a while has its limitations, and the sundry businessmen who patronized the Queen Chateau in its pre-mobile-phone heyday still had to check in with the boss every once in a while. Then again, the boss could very likely have been in another of the soapland’s rooms so a state of the art switchboard was necessary to enable any connections.

No One Can Hear You Steam 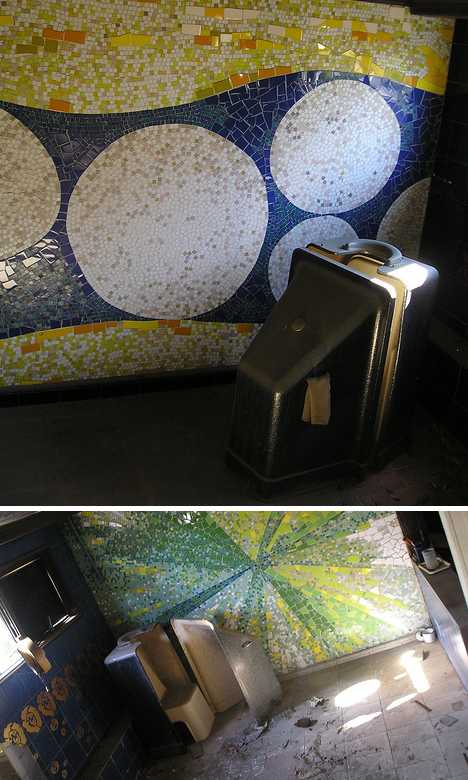 Remember those funky personal steam cabinets Bugs Bunny used to lock his adversaries inside in several choice Looney Tunes shorts? Welcome to the much more real, much less innocent but still waaay funky version. One would assume customers would await the arrival of their chosen bath attendant while sweating away the stresses of the day in one of these spike-less Iron Maidens. Excellent! 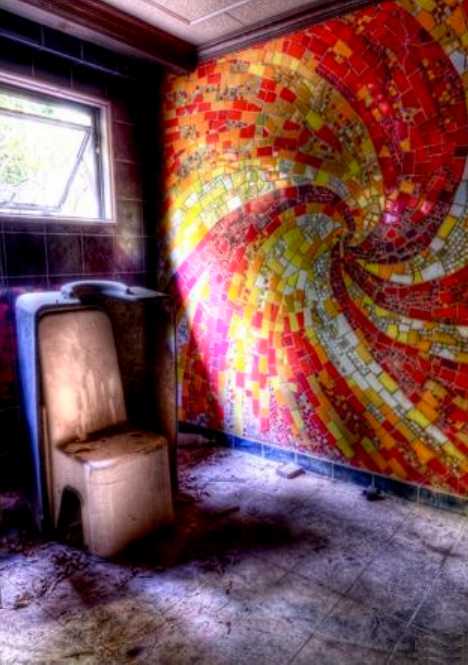 Only the client’s head would be exposed when enjoying the mini-sauna-for-one, which explains the various pseudo-psychedelic tiled murals on the room walls. What, you were expecting a glorious view of Mount Fuji or a mock Roman mosaic straight out of Caligula’s Last Days of Pompei? No such luck, Chuck, and besides… you already paid for a different scene of splendorous decadence at the front desk.