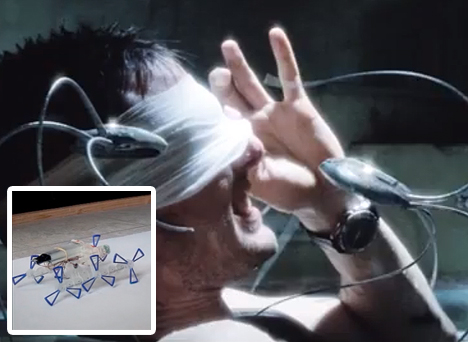 Mobile robotic surveillance devices are nothing new – you can purchase remote-controlled ones online, and the government has been developing spy gadgets that get smaller, faster and harder to spot with each passing year. But the  STAR V3 3D-printed robot is able to scoot 15 feet per second and flatten itself to get under doors, calling to mind the iris-scanning robots from the movie Minority Report.


Developed by a team of researchers at The University of California, Berkeley, STAR (Sprawl Tuned Autonomous Robot) V3 is clearly bio-inspired, moving around on six legs that call to mind insects and lobsters. It can overcome obstacles three times taller than its own hip height, and travel at a top speed of 5.2 meters per second. Each side of the robot body has three spoke-wheel legs with a drive distributed from a single motor.  All the components can be 3D-printed using a Project 3000 machine, and the parts can be assembled within about thirty minutes. 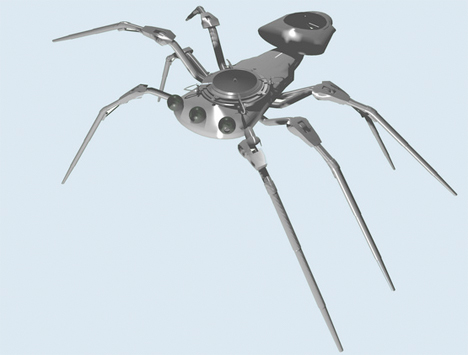 BAE Systems developed another creepy-crawly robot (among many other sophisticated robotics) that will move in swarms to investigate caves, bunkers and other potentially dangerous places on the battlefront, theoretically reducing casualties. But it’s not hard to imagine these things being deployed in domestic situations, as well, equipped with cameras to spy on people without their knowledge. Once you see how fast the STAR V3 moves in that video, you might just get paranoid about what can fit under your door.