Up for a game of word association? When you hear the words “flamingo” and “pizzeria”, you say… well, pretty much anything but “Sweden”. Nevertheless, Sweden is where you’ll find the now-abandoned Flamingo Pizzeria. In addition to pizza, the place sold livs, tobak and konfektyrer. Don’t worry about what those things are, the store’s closed and you can’t have them even if you knew what they were and wanted them. 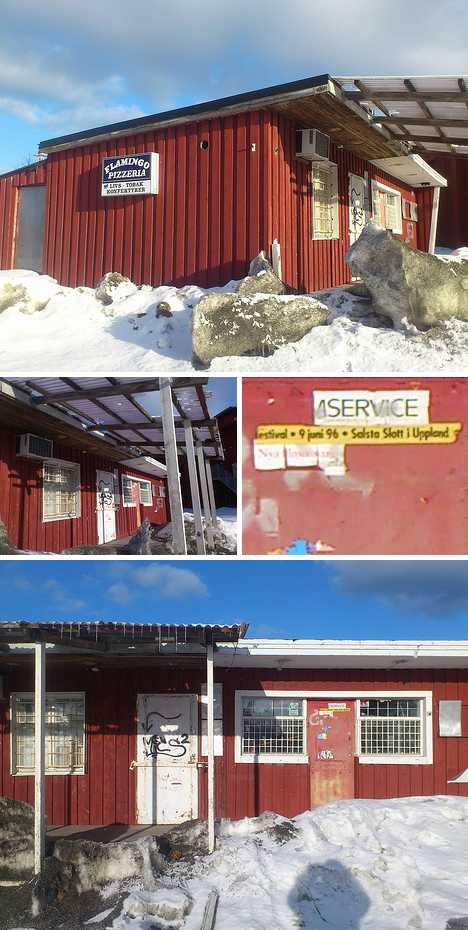 A tip of the fur-lined hat to Flickr user MutedTempest1 for posting these crisp, clear and presumably cold images of the abandoned Flamingo Pizzeria in Vattholma, which is a town of around 1,500 people in the east-central part of the country. Odds are it was the only pizzeria the tiny town had, and no doubt a vital local source for livs, tobak and konfektyrer.

(images via: Fan Of Retail)

“You know the thing about an abandoned pizzeria, it’s got…lifeless eyes, black eyes, like a doll’s eyes.” At least this abandoned Pizza Hut in Euclid, Ohio does; it almost seems to be hungrily watching you. Come on in for a bite! You know the local economy’s doing poorly when even Pizza Hut can’t keep their head above water. Hang in there, Euclid. Kudos to Flickr user Fan Of Retail for not only documenting the eerie stillness of a gone-stale pizzeria, but for capturing it in the early morning mist that imparts a timeless, almost Jurassic vibe. 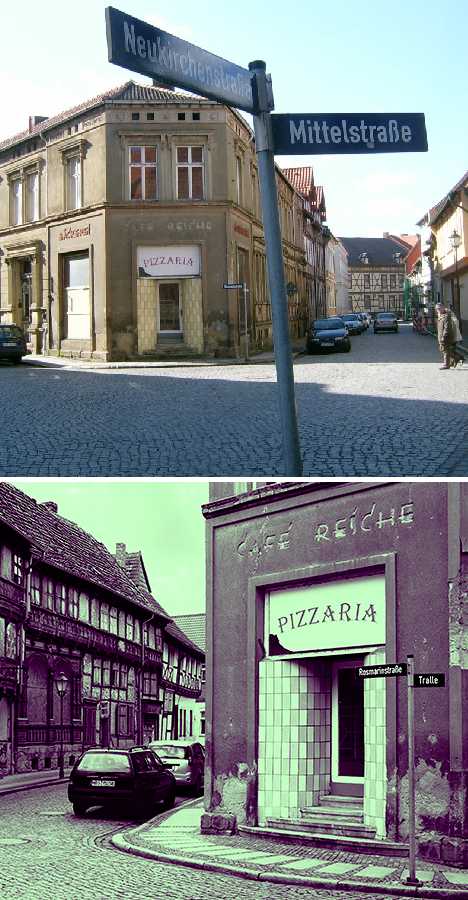 Osterwieck, an historic old town in central Germany’s Harz Mountain country, can trace its history back to the time of Charlemagne. We’re not sure the abandoned “Pizzaria” at the Cafe Reiche is quite that old, though. Sorry, Charlie. 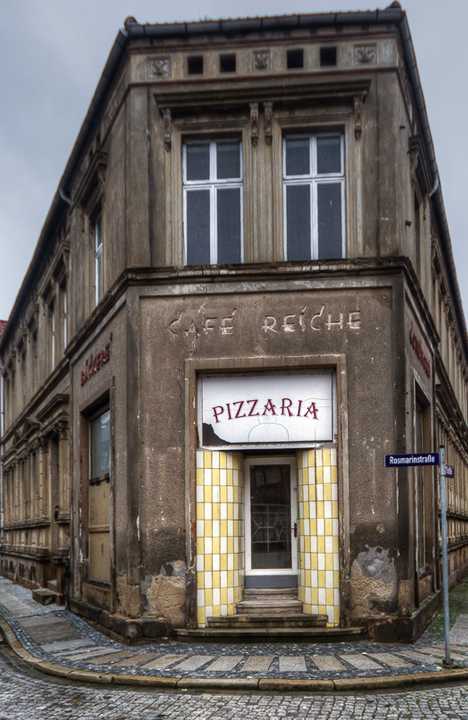 The Altstadt (Old Town) of Osterwieck features several hundred Fachwerk (timber-framed) buildings dating from the 16th century which together make the old but not ancient Cafe Reiche look positively post-modernist.

If a Swedish pizzeria seems unlikely, how about one within a stone’s throw of a massive, stone-walled prison? Such is the case in historic Deer Lodge, Montana where the town’s Old Prison narrowly beat Monty’s Subs to the abandonments category. Imaging a time when both were going concerns, though… the cloying aroma of oven-baked pizza wafting over the prison’s turreted outer walls must have sparked a riot or two back in the day. Could the prisoners order in, one wonders, and if so was the Warden Burger a popular favorite? Thanks to Flickr user CT Young for one again capturing a hot, steaming slice of abandoned Americana.