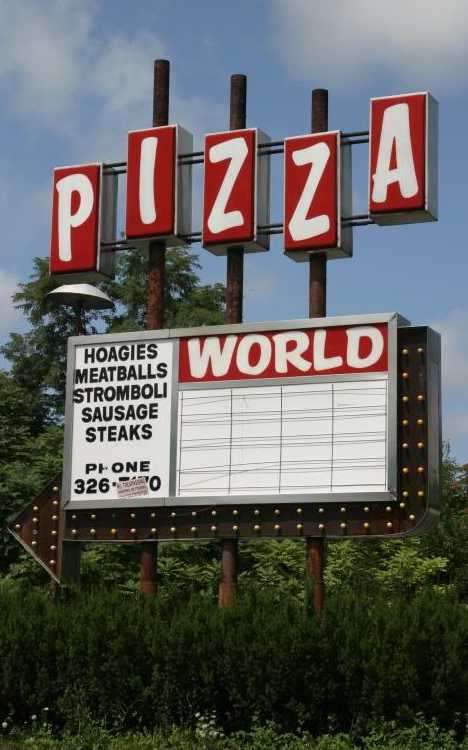 The long-abandoned Pizza World restaurant in Kenilworth, PA might look like your average abandoned mid-century pizzeria but the place boasts an interesting and unexpected back story: it was the restaurant opened by Bill Faulk after he closed the Rosedale Diner in 1965. The latter’s claim to fame is that it’s the abandoned luncheonette featured on the cover of Hall & Oates’ breakthrough 1973 release, Abandoned Luncheonette. 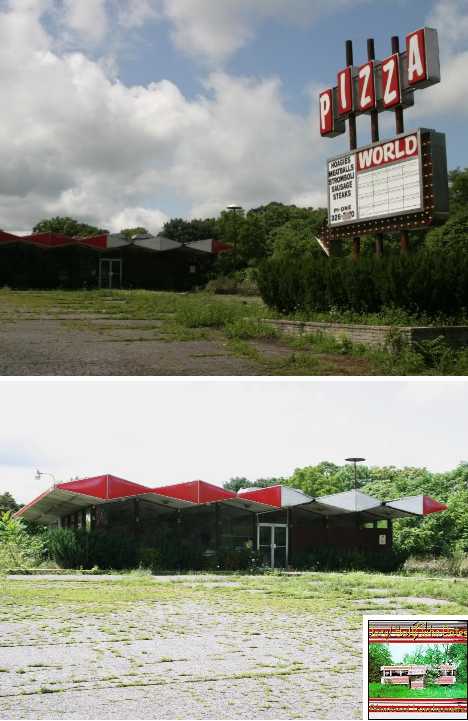 (images via: Diner Hunter and Amazon.com)

In the early 1960s Rosedale Diner owner Bill Faulk predicted that fast food would be the next big thing, so he figured he’d get ahead of the curve by closing his diner and joining the revolution. Unfortunately for Faulk, he only got part of the prediction right: fast food franchises were where the action would be at and when it came to restaurants, the keys were location, location and location. Pizza World’s location on lightly-traveled Route 274 in Kenilworth was less than ideal and although the pizzeria suffered the same fate as the Rosedale Diner, it hasn’t (yet) achieved immortality on an album cover. 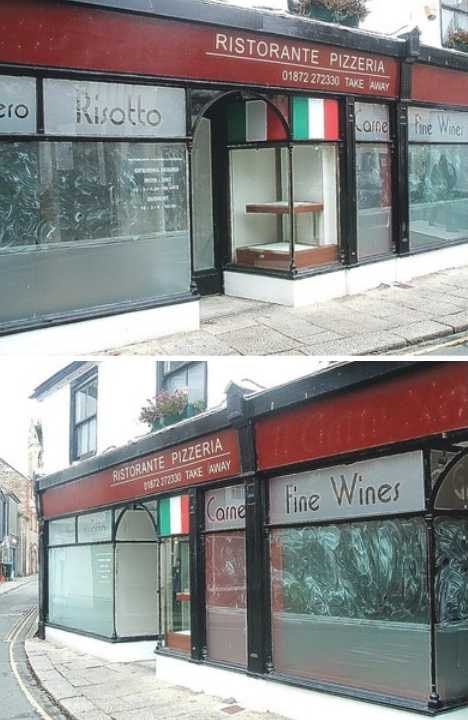 (images via: This Is Cornwall)

When restauranteur Maximo Grande opened II Gatto Nero on Truro’s New Bridge Street in 2007, he was apparently unaware of that old chestnut, “it’s bad luck to have a black cat cross your path”. Instead, he was left to wonder why customers weren’t crossing his pizzeria’s front doorway. Changing the establishment’s name to Ristorante Pizzeria was a case of too little, too late as shortly after the sign was installed Grande stripped out the store’s fixtures & fittings and vanished like a black cat on a moonless night. 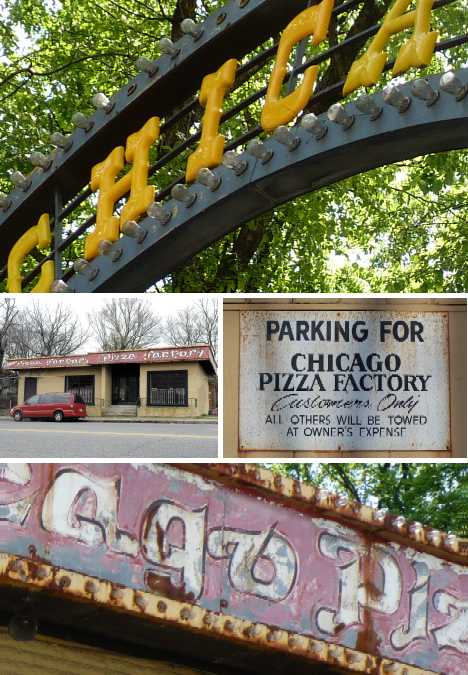 Overton Square in downtown Memphis, Tennessee was the place to be in the early 1970s, even more so when Sweet Caroline’s opened in 1972. The pizzeria soon changed its name to Chicago Pizza Factory and became a local landmark; not so much for its Italianesque fare but for its vibrant atmosphere and movie-marquee-style flashing light signage. Fast-forward to 1989 and the bloom has come off the Overton Square rose. The Chicago Pizza Factory closed its doors and… well, that’s all. Over 20 years later the owner steadfastly refuses to sell the property or anything on or in it. The original chairs and tables, topped with the original napkin holders and salt & pepper shakers, remain as they were when the lights went out in ’89. 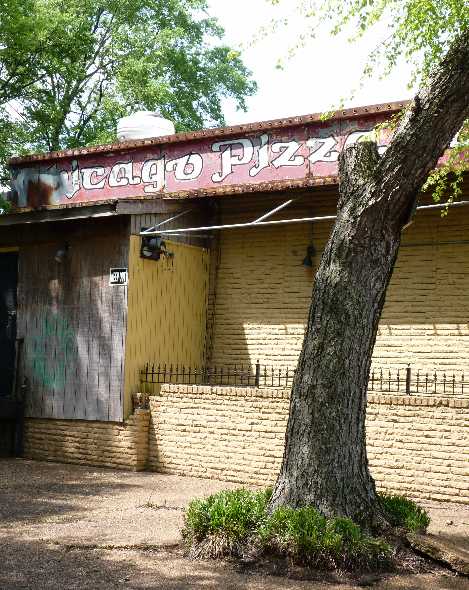 What little maintenance has been applied to the Chicago Pizza Factory consists of occasional graffiti removal from the outside walls: gotta keep the neighborhood from completely going to the dumps. Will the Chicago Pizza Factory witness a ristorante revival anytime soon, even if it has a Spanish accent? It wouldn’t be that difficult compared to some of the other abandoned eateries we’ve covered here. Then again, another operation with Chicago in its name hasn’t won the World Series in over a century. No matter: whether it’s baseball or pizza, hope will always spring eternal.