Presentism: Only The Present Is Real 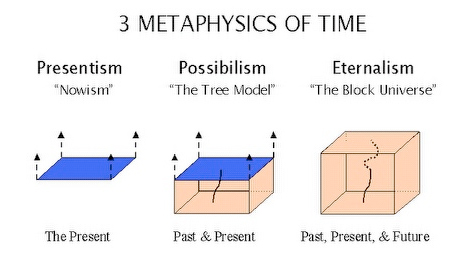 The Presentism philosophy of time posits that the only things that really exist are those happening right this minute. Neither the future nor the past really exist – so basically, stop worrying about what you did or what you’re going to do and focus on what you’re doing now. It’s based on the philosophy of Heraclitus, written in 500 B.C.: “Transience is basic,a nd the present is primary. Those things which exist now do not abide. They slip into the past and non-existence, devoured by time, as all experience attests.”

How does this philosophy intersect with modern physics? It relates to a variety of theories about the passage of time, and of course the theory of relativity. Read more at Stanford’s Encyclopedia of Philosophy.

We Really Do Live in the Matrix 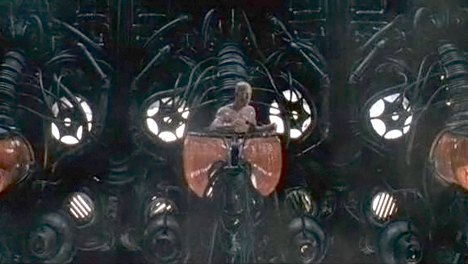 Could we really be living inside a computer-generated universe? The Matrix may be an outdated work of fiction, but its concept of an artificial reality still carries weight – even scientifically, perhaps, according to a team of physicists at the University of Washington. The team announced that there’s a potential test to see if we could be the creation of bored super-intelligent entities who are playing us like The Sims. It sounds totally ridiculous, and of course, causes science-minded people to bristle at terms like ‘intelligent design’ – though in this scenario, our creators aren’t exactly a bearded dude in the sky.

But some scientists and philosophers say that this theory could solve a few mysteries about the universe, like the fact that the exact conditions required to support life are so unlikely in the grand scheme of things. Small shifts in dark energy could easily have caused the universe to explode or implode a long time ago.

The UW team says that mega-computers of the far future could greatly expand the size of a theoretical Sim Universe, and that if we’re living inside such a program, there could be telltale evidence for the underlying ‘lattice quantum chromodynamics’ technique used by the computers. It could show up as a limitation in the energy of cosmic rays.

“We would have to suspect that post-humans running our simulation are themselves simulated beings; and their creators, in turn, may also be simulated beings,” says British philosopher Nick Bostrom. “Here may be room for a large number of levels of reality, and the number could be increasing over time.”