Time is Actually Slowing Down 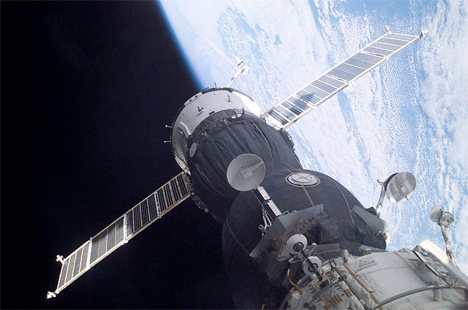 Why are supernova stars viewed at extreme distances moving away from us faster than those that are closer? Some scientists say dark energy is responsible or the acceleration, but others offer a different explanation: time itself is slowing down. Those galaxies only look like they’re accelerating from here, because the deep space telescopes are basically looking back in time to see them. Like the ekpyrotic scenario, it’s based on string theory, postulating that our universe is embedded in a multi-dimensional ‘brane’ (like a membrane) which is floating through a higher dimensional space that we’re unable to detect. What does that mean? Essentially, say the scientists responsible for the theory, time could come to a complete halt, freezing everything in place forever. But not to worry – even if this far-out theory is true, it won’t happen for billions of years.

The Universe Is Just One Big Hologram 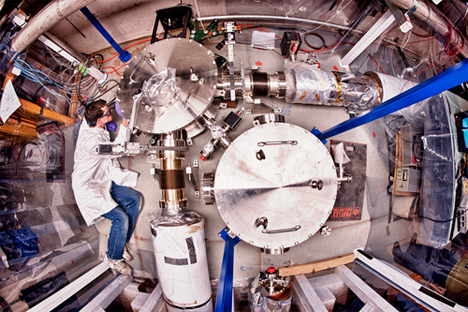 Maybe our universe is just one big holographic picture show projected onto a 2D surface. String theorists believe that everything we perceive as reality could be no more than the vibration of these 2D strings, and the scientists presenting the theory of a holographic universe take that one step further. Our entire existence could be a 3D projection on a 2D plane of information, but we can’t perceive that 2D surface because of its scale. (Apparently, this is what happens when you get into an argument with Stephen Hawking.)

Craig Hogan, a physicist in Illinois, is building two holometers that could prove or disprove this outlandish theory. The holometers monitor the smallest spaces in our universe to look for the smallest possible unit in the universe, called Planck units (10 billion times smaller than the width of a proton.) Initially stacked on top of each other, the holometers will scan for Planck ‘noise’; once it’s detected, they’ll be separated and the experiment will be run again. If the noise isn’t correlated between the two machines, that could indicate a limit to space-time’s resolution.

The physics community is skeptical that Hogan will actually be able to measure anything, but if he did, it would have a huge impact on fundamental physics: the first proof that space-time is quantized.