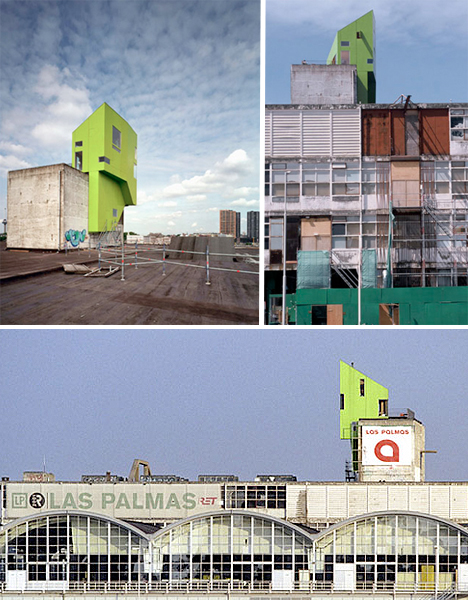 Parasite Las Palmas is a bright green structure placed on top of an abandoned warehouse on the Rotterdam waterfront by Korteknie Stulmacher Architecten. A prototype of a prefabricated home, the building hangs on the top of the warehouses’s elevator shaft, specifically designed to wrap around it. It siphons all of its utilities from the main building, and depends on the warehouse for structural support. 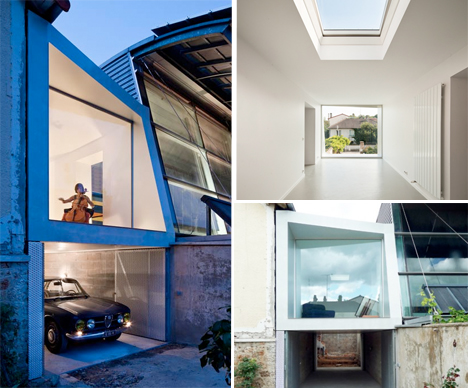 Another lightweight-looking parasitic structure between two buildings provides a cellist with a rehearsal space in Paris. Cut Architectures suspended a glass cube between the owner’s home and an adjacent building, leaving a space underneath to create a new carport/garage in the driveway below. 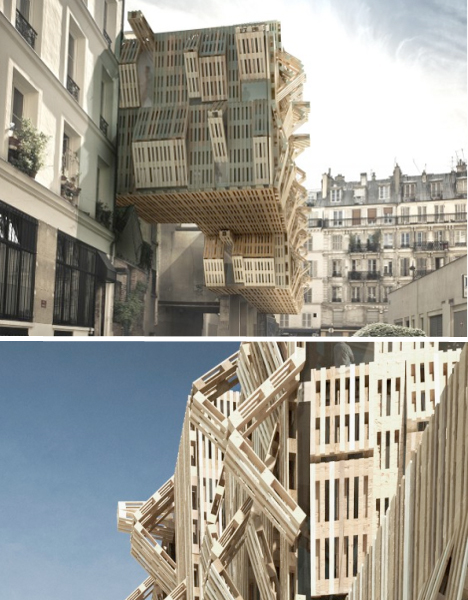 Student housing gets an extension in the form of a parasitic ‘skin’ made almost entirely of salvaged wooden pallets in this concept by Stephane Malka. “The real environmental approach consists not in destruction, but in superimposing interventions upon our built heritage. It consists of a new land strategy, unreferenced on a parcel, constructed in a de facto ‘ecology’ of means.” 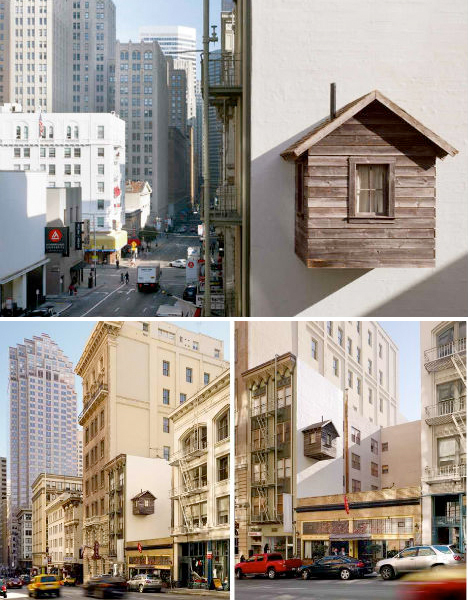 A tiny, rustic cabin clings to the wall of an urban high-rise in San Francisco as a statement on “the romantic spirit of Western myth” and the arrogance of westward expansion in the 19th century, bringing incongruous structures to land that already belongs to other people. “Manifest Destiny! is about intrepidly claiming and occupying space regardless of hazard, existing occupants, inconvenience, daunting odds, or common sense,” says artist Mark Reigelman.