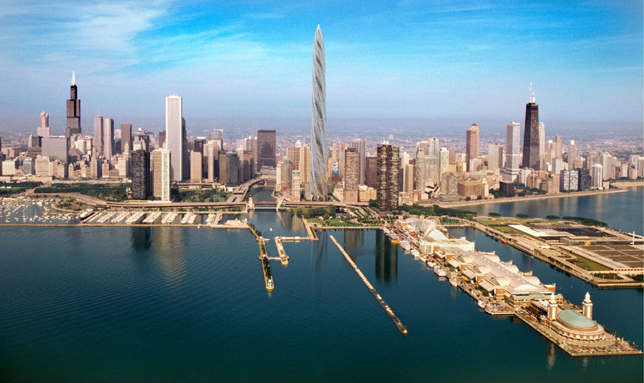 Designed by a world-famous architect, the Chicago Spire was set to be the second-tallest building in the world, but now that plans for its construction have been abandoned local firms are stepping up to suggest novel ways to reuse the voided project’s remnant space. 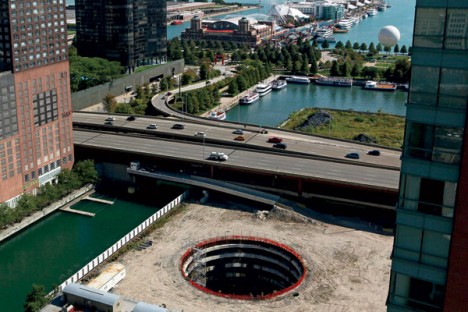 Submitted to Chicago Magazine, these various schemes to replace the failed vision of Santiago Calatrava are bound to resonate with residents, created by and for the local population and context, featuring everything from underground performance spaces and wildlife sanctuaries to urban lighthouses and swimming holes. 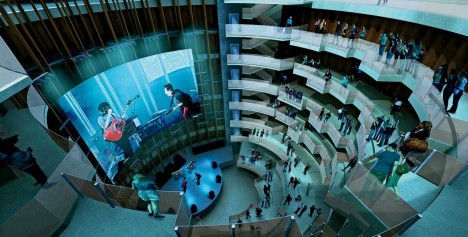 One proposal invites people to occupy the hole in the form of a seven-story underground amphitheater, allowing loud late-night events to operate freely in the subterranean space. This Underground Amphitheater scheme by SPACE Architects + Planners is likened to a headphone buried in the Earth, its emissions audible when you get up close and keep an ear to the ground. 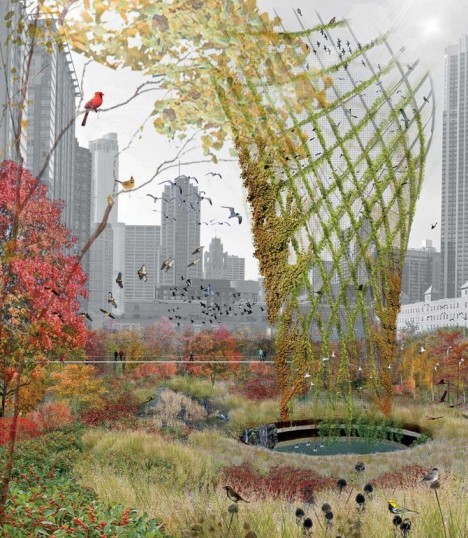 A radically different tactic suggests a steel aviary trellis surrounded by native vegetation. serving as a stopping point and bird-watching spot for migratory species. Dubbed Birds in Horto by designer Hoerr Schaudt, the void in this case remains inaccessible, a mystery at the center of a larger natural park space. “A 10-story spiraling trellis of steel and wood serves as armature for nesting and perching, while a surrounding thicket of native plants, such as crabapple and plum trees, offers sustenance. An elevated walkway lets you observe the warblers, cardinals, and sparrows without disturbing them.”