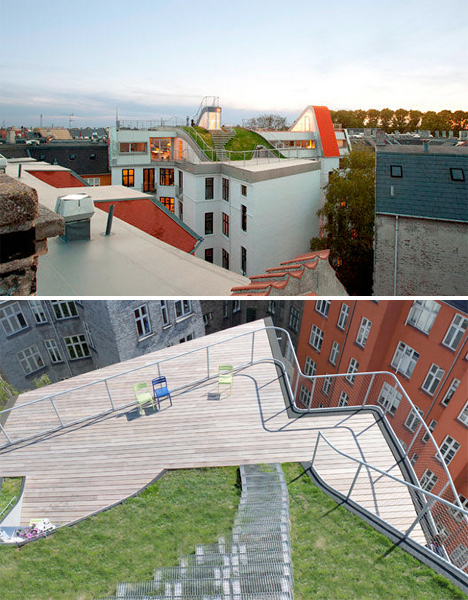 Created for the residents of a co-op along with their neighbors, this rolling elevated park and playground was placed on top of a turn-of-the-century building in Copenhagen’s densely populated multiethnic district of Nørrebro. The available ground space in this area tends to be too cramped for other types of parks, so JDS Architects chose to place a ‘missing garden’ complete with kids’ play equipment on an available rooftop. 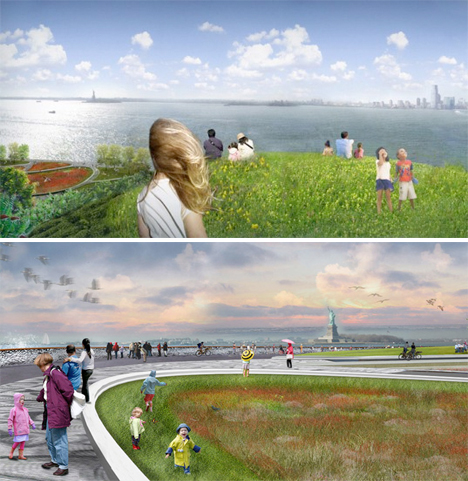 Made of recycled construction and fill materials, The Hills on Governor’s Island just off Manhattan will be elevated in a different way than most of these other parks. All of that filler will raise the park 25-80 feet above sea level, providing visitors with panoramic views of the Statue of Liberty, the Lower Manhattan skyline and the New York Harbor. Governor’s Island is a 172-acre island that was historically used for defensive purposes, and it’s now a national landmark. It’s accessible by free ferries from Manhattan and Brooklyn. The Hills are expected to open in spring 2015. 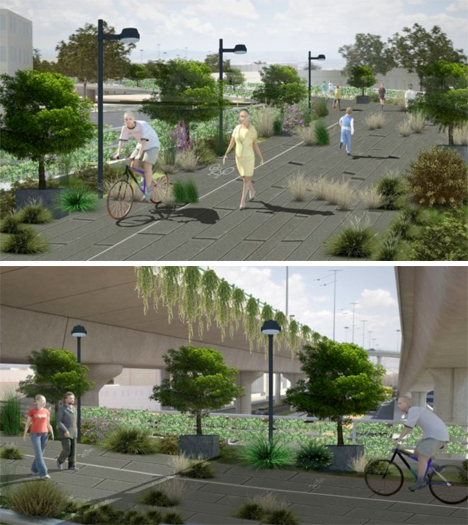 An elevated pathway running above and between highways and roads in Mexico City aims to send a message that “the walker has the same dignity as a vehicle.” The city’s inspired take on The High Line will feature regional plants, bike paths and pedestrian walkways, becoming a primary circulation option for pedestrians traveling from a metro stop to Chapultepec Forest, the largest city park in Latin America. 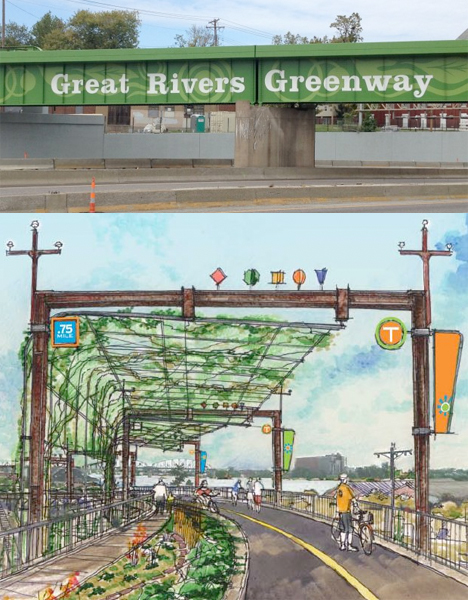 A mile and a half of abandoned railway in St. Louis, Missouri known as The Trestle will become an elevated park connecting with the Riverfront Trail and McKinley Bridge Bikeway, crossing over interstates and Produce Row, the city’s fruit and vegetable wholesale district. Solar panels will power lighting, and rainwater catchment systems will be used to irrigate the greenway’s plants and community garden.