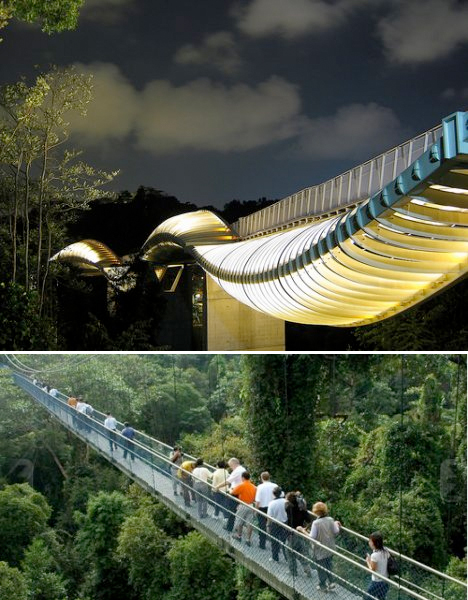 City dwellers in Singapore can not only access an elevated trail from which to catch a new view of urban sights, but take it right into the forests that lie just outside all of that urbanity. Telok Blangah Hill Park features an undulating steel bridge suspended high above the ground, along with other elevated walkways, like a treetop walk. 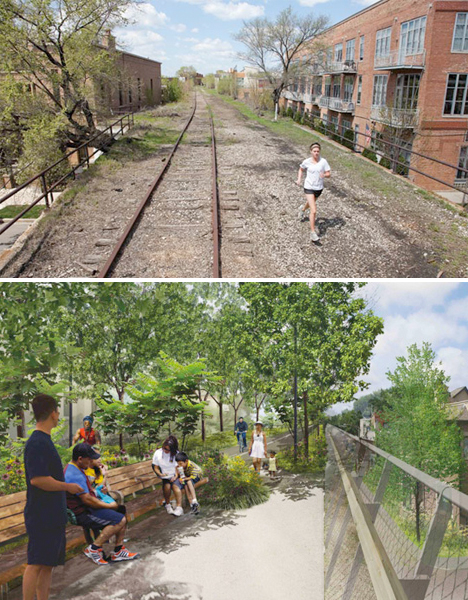 Running 2.7 miles through four northwest side Chicago neighborhoods, an unused elevated rail line will soon become Bloomingdale Trail and Park, also known as the 606. Its location alongside these diverse and vibrant communities will bring nature, bike paths, walking trails and other recreational opportunities to a large percentage of the city’s urban population. Ground was broken in late August 2013. 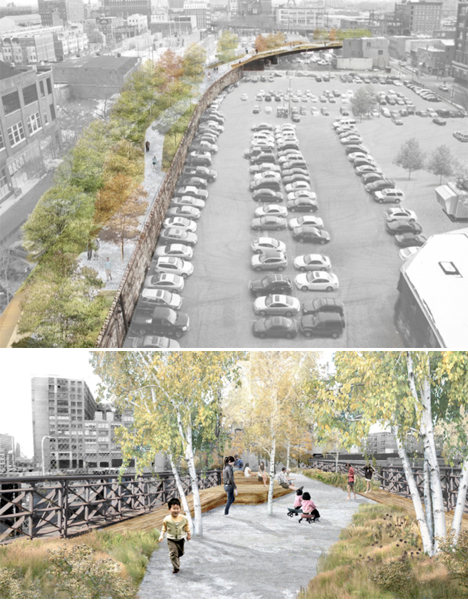 A spur of the Reading Viaduct running through a section of Philadelphia is set to become an elevated park with lots of trees, seating, swings and an outdoor classroom. It will take up a section of the viaduct measuring less than a quarter of a mile long, just minutes from Center City. 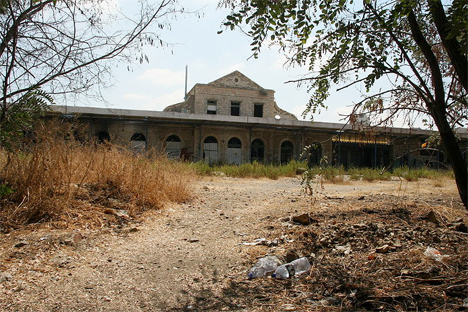 Another project inspired by The High Line is Jerusalem’s Train Track Park, revitalizing a historic railway between two neighborhoods that are otherwise disconnected, providing another link in a ring of new parks being constructed throughout the city. Currently, entire neighborhoods have no access to parks at all. The trails and tracks will be preserved as a major design element, along with other original railway installations like signs and poles. See renderings at Haaretz.