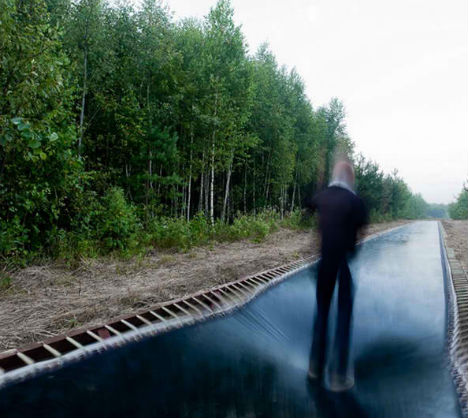 Pedestrian roads would be a lot more fun if they were bouncy. Maybe that’s why Salto Architects decided to complete this unusual installation, a 557-foot-long (170 meter) trampoline walkway that runs through the woods of Russia. ‘Fast Track’ eschews the entirely practical nature of most roadways, choosing to infuse it with an element of fun that encourages users to pause and laugh for a while. 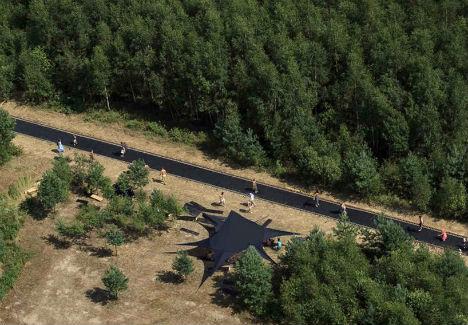 Bouncing along the trampoline gives pedestrians more time to take in and appreciate their surroundings as they walk, leading them to interact with it in a different way. The Estonian architecture studio sought to “create intelligent interactive spaces that emotionally correspond to its local context.” 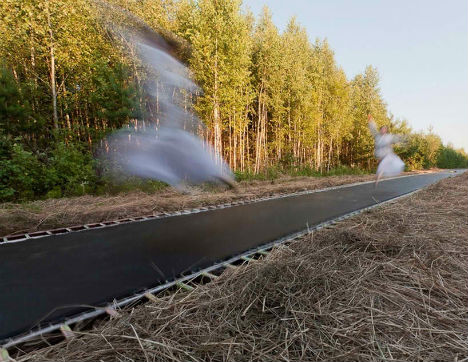 The walkway was built for the Archstoyanie Festival in Russia, giving attendees a fun and interactive way to get from one end of the event space to the other. 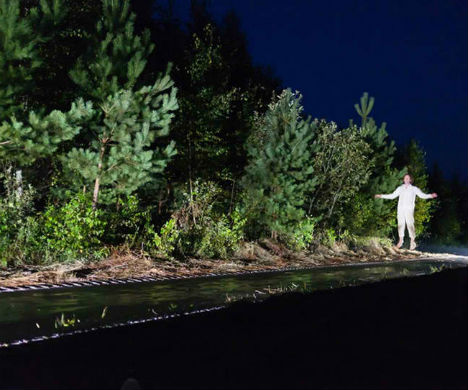 The project is reminiscent of a recently unveiled concept by studio AZC for an inflatable bridge in Paris that is more recreational than practical. While this approach to infrastructure isn’t likely to spread on a large scale, for obvious economic and efficiency reasons, it’s a nice change of pace as a temporary installation.