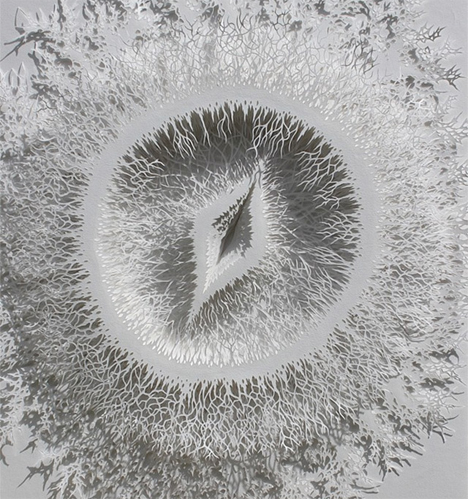 What starts as a scientific study takes on a life of its own, guided only by the imagination of artist Rogan Brown as he transforms a sheet of paper into a masterful sculpture with thousands of tiny incisions. Rogan takes his inspiration from natural organic forms, mineral and vegetal, ranging from microscopic individual cells to large-scale geological formations. 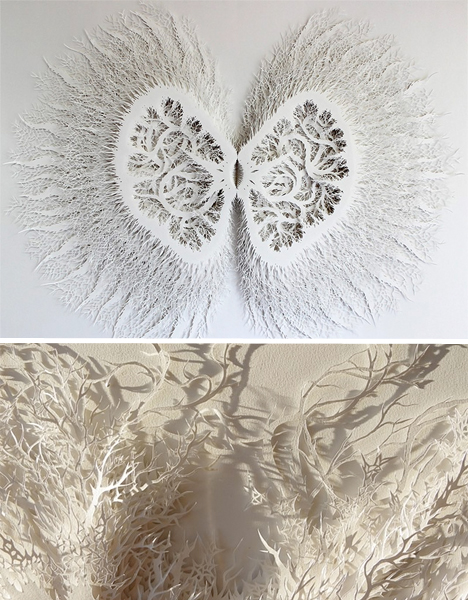 Each of these sculptures is incredibly time-consuming, with a single work sometimes taking more than five months to complete. Rogan starts with a pattern that catches his eye, carefully observing his chosen inspiration and creating ‘scientific’ preparatory drawings. But then, as he states, “everything has to be refracted through the prism of the imagination, estranged and in some way transformed.” 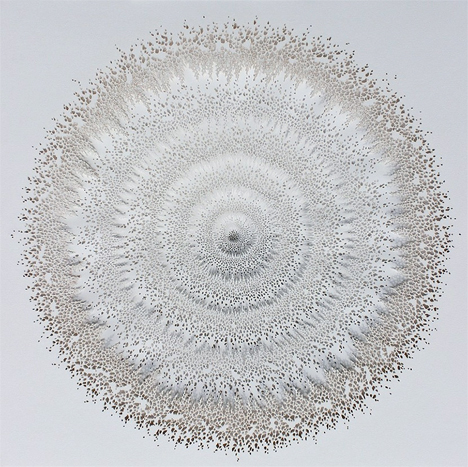 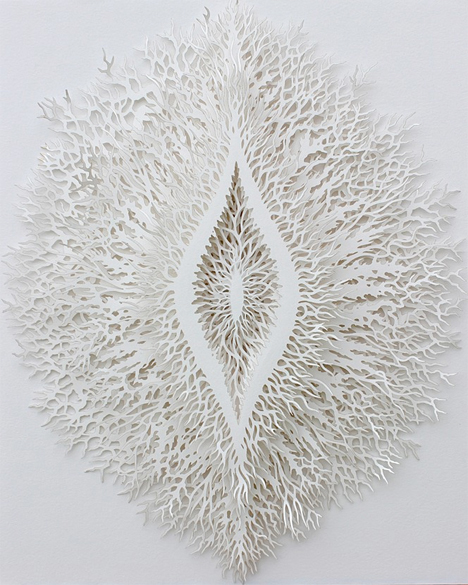 The artist sees the very long, arduous process of not only allowing his imagination to take over the work in a natural way but actually making those precision cuts in paper as an essential element of the work. “The finished artifact is really only the ghostly fossilized vestige of this slow, long process of realization.” 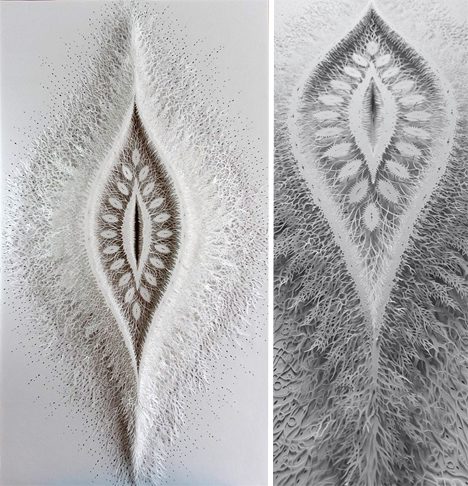 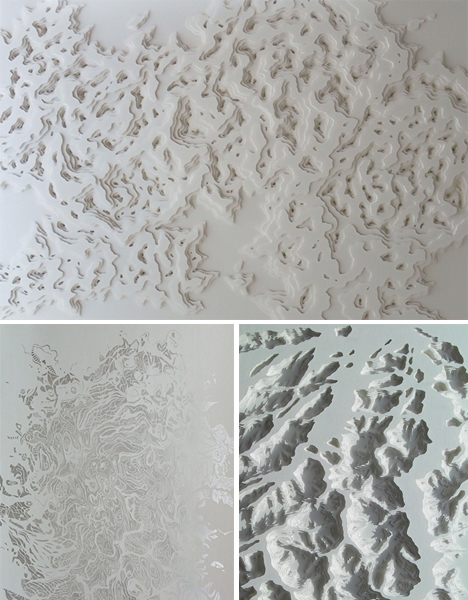 The complexity of Rogan’s work calls to mind the papercut art of Tomoko Shioyasu, whose own nature-inspired paper tapestries based on the structure of cells can measure as large as twelve feet high and eight feed wide.