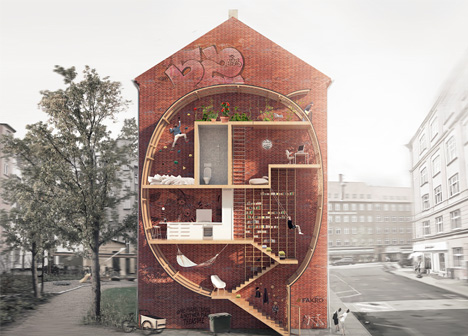 Playful yet thought-provoking, this project asks: what do we do with small leftover spaces in cities … particularly in urban areas where even a few square feet of real estate can cost a fortune? 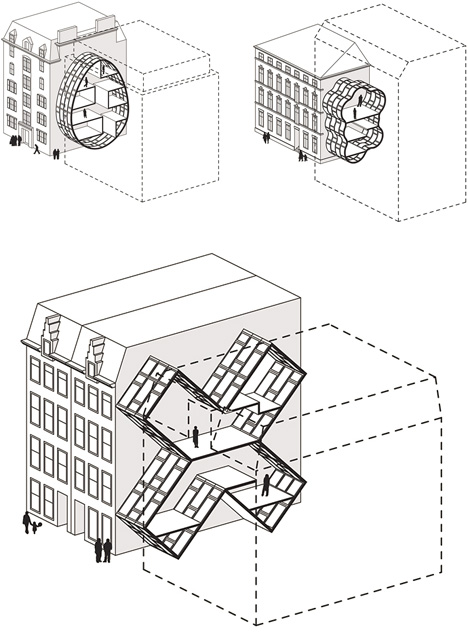 Live between Buildings by Ole Robin Storjohann and Mateusz Mastalski won first place in a Loft 2 competition held by FAKRO, which challenged contestants to rethink loft living and material efficiency without sacrificing light and space. 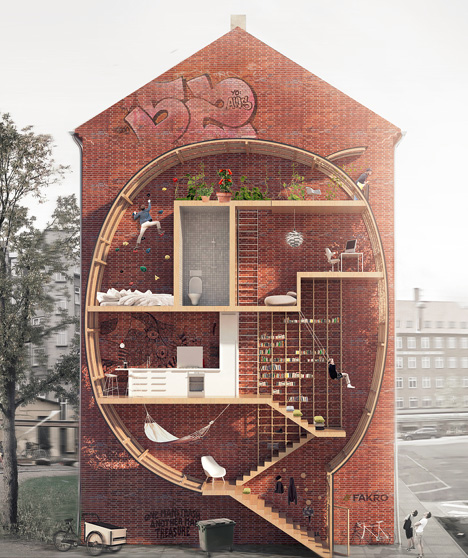 Their various prototype proposals have nearly no ground footprint, being instead suspended in part or entirely between existing structures. In testing the idea, they took actual buildings and voids, abstracted and simplified their forms, all to show how such interventions would work in major cities from New York and London to Amsterdam and Tokyo. 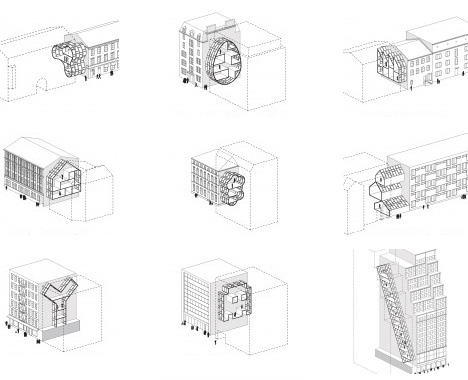 A wide selection of shapes suggests many possibilities using modular pieces, including half-serious and semi-practical suggestions, such as egg and X shapes, as well as outright silly ones, like a Christmas-tree home or cloud-bubble house, more intended just to illustrate the potential flexibility. 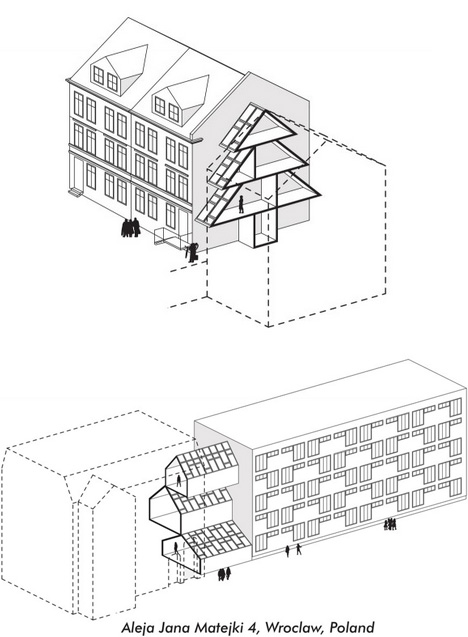 Out of a variety of compelling entries, just why did this pair win the award? “The Jury appreciated the way the basic idea – creating small infill-dwellings in-between existing buildings – has been worked out in extended research, thus providing models for various housing types in different cities. The plan can be realized entirely out of roof windows (with some technical adjustments) and offers an innovative idea for using empty spaces in urban fabric. The possibility of shapes is endless. The project was very beautifully drawn and communicated on a single sheet, the section describing both the architectural idea and the exciting occupation of the proposed building.””