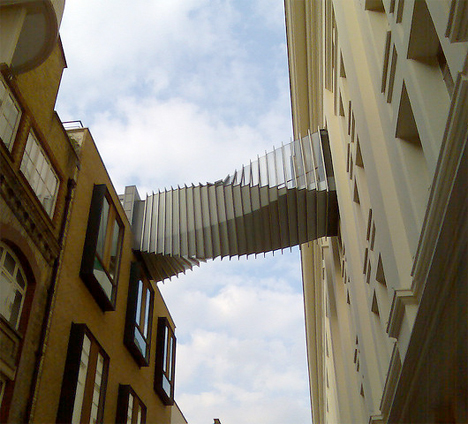 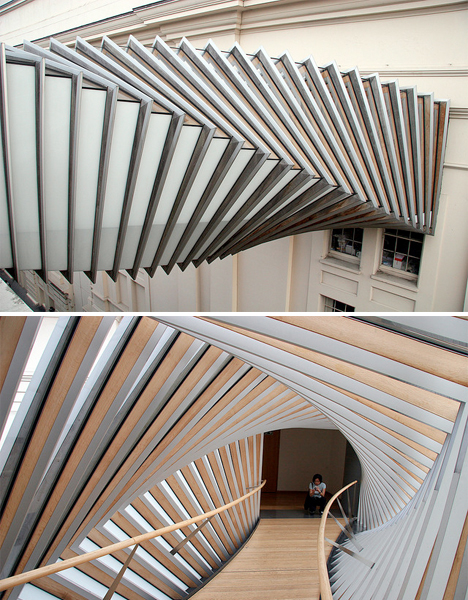 Decorative, functional and highly symbolic, the Bridge of Aspiration by WIlkinson Eyre Architects links the Royal Ballet School to the Royal Opera House. It’s literally the access point for ballerinas to enter the Opera House for a performance. It’s made of ‘a concertina of 23 square portals with glazed intervals’ rotating in sequence to skew in alignment, performing an appropriately graceful quarter-turn along the length of the bridge. 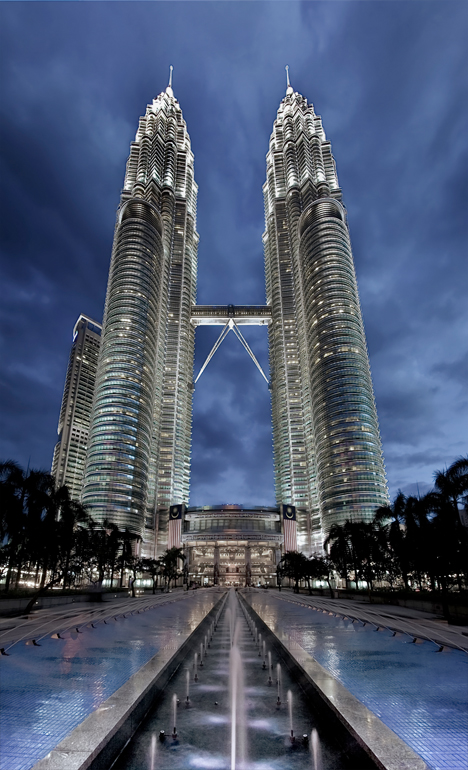 Twin skyscrapers in Kuala Lumpur, Malaysia which were the tallest buildings in the world from 1998 to 2004 are linked by a double-decker skybridge on the 41st and 42nd floors, the highest 2-story bridge in the world. Interestingly, this skybridge isn’t attached to the main structure, but is rather designed to slide in and out of the towers to keep it from breaking. It offers visitors views of the city, and also functions as a safety devices, so tenants can evacuate from one tower into the other.

The Skybridges of New York City 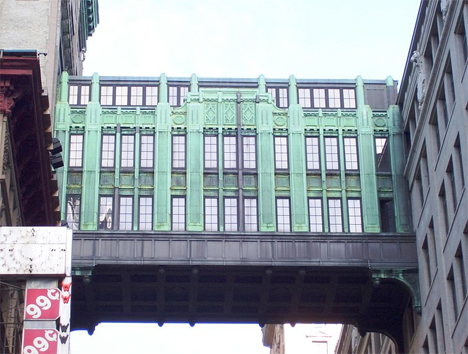 Not all skybridges are built on a grand scale; New York City is full of small ones, including historic structures in Art Deco style (pictured). You just have to look up. The blog Untapped Cities has catalogued and photographed many of them, from the more modern painted ones of downtown Brooklyn to small bridges linking buildings over the city’s alleyways. 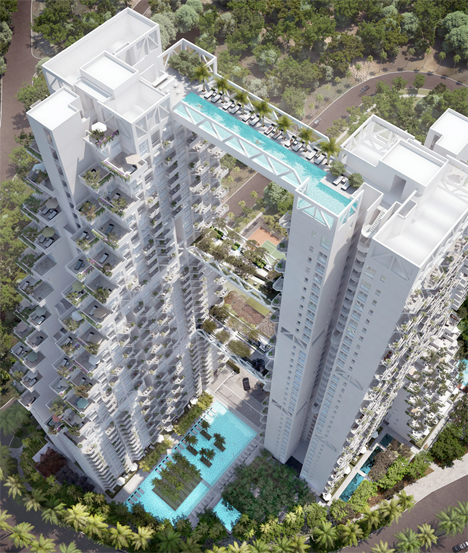 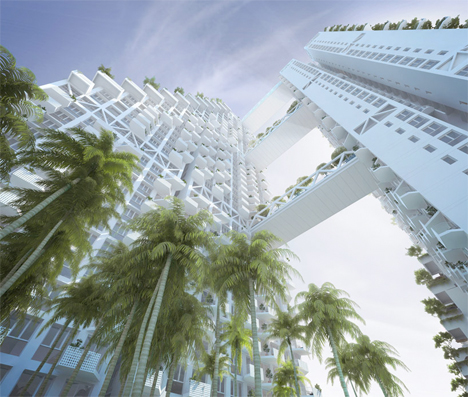 A stunning ‘sky habitat’ for Singapore by Safdie Architects will offer a swimmable skybridge on the 38th and final story between two high-density housing towers. The terraced towers offer private outdoor spaces as well as additional, lower skybridges with shared green space. 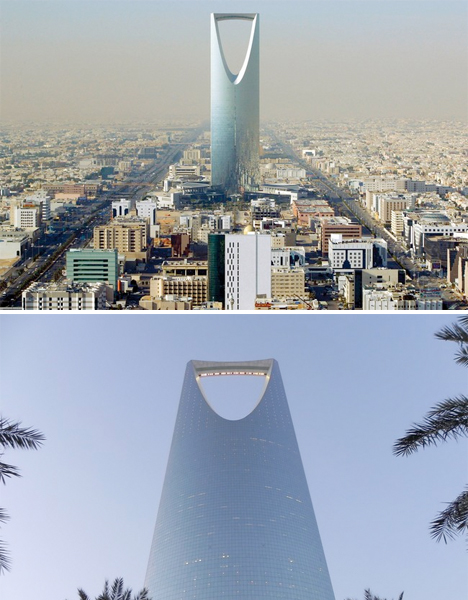 The 99-story Kingdom Center is the second-tallest skyscraper in Saudi Arabia, featuring the Four Seasons Hotel Riyadh and high-end apartments as well as a 184-foot-skybridge at the very top. The steel structure weighs about 300 tons and is 918 meters (3,011 feet) above sea level, looking out over the city.