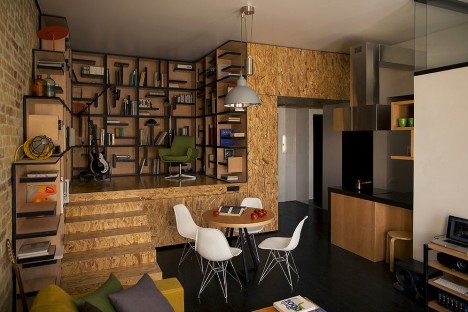 A small cubic condo with windows on only one side hardly seems an obvious candidate for a complex and dynamic plan, but from concept through execution, this design embodies its creator’s and clients’ visions for space in motion. 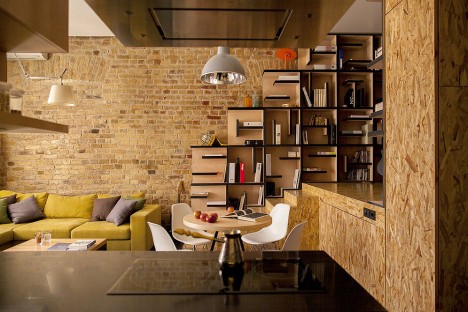 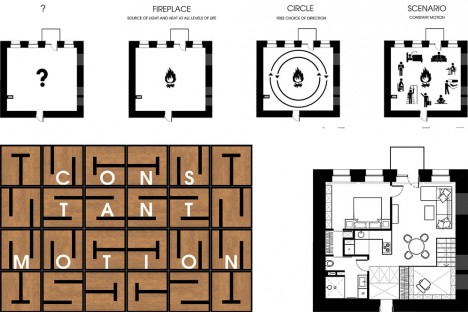 As the diagrams by designer Alex Bykov illustrate, the layout started with a central kitchen, acting as a modern-day hearth and center of activity around which the rest of the mostly-open rooms revolve. 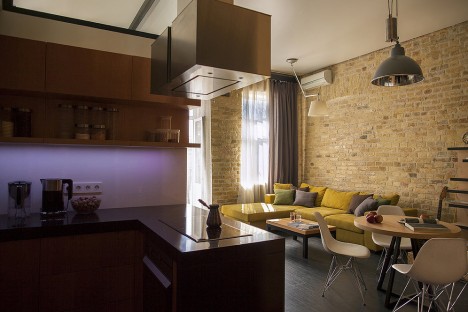 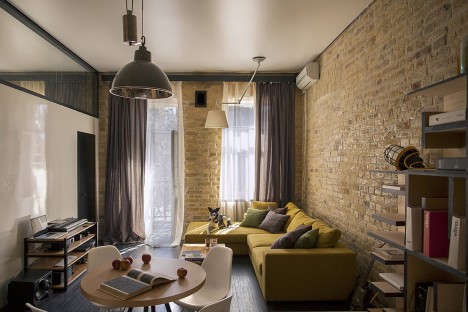 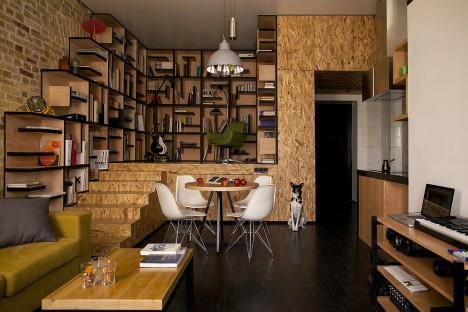 The raised-level library area, framed in richly variegated plywood, feels like a cozy and separate space, but also remains an extension of the main volume. Its shelving shapes play into the puzzle theme that inspired the overall plan. 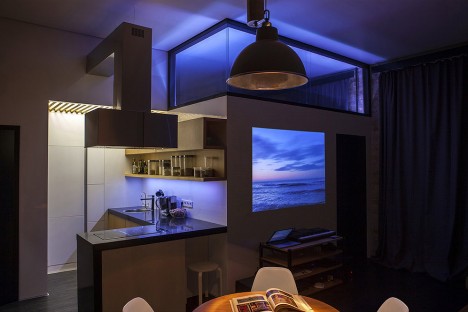 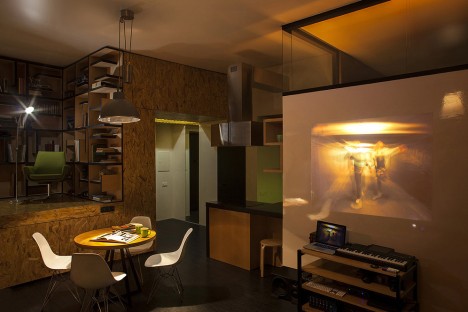 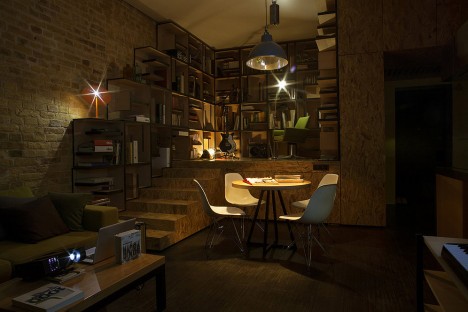 The steps leading up to this little library serve two purposes, acting as stairs but also forming a corner breakfast nook on the main floor – another one of many turns and angles throughout the project that add to its dynamism.