Applied to anything from the surface of your smartphone to the the sides of a skyscraper, the possible uses of this innovation for everyday surfaces are incredibly wide-ranging. 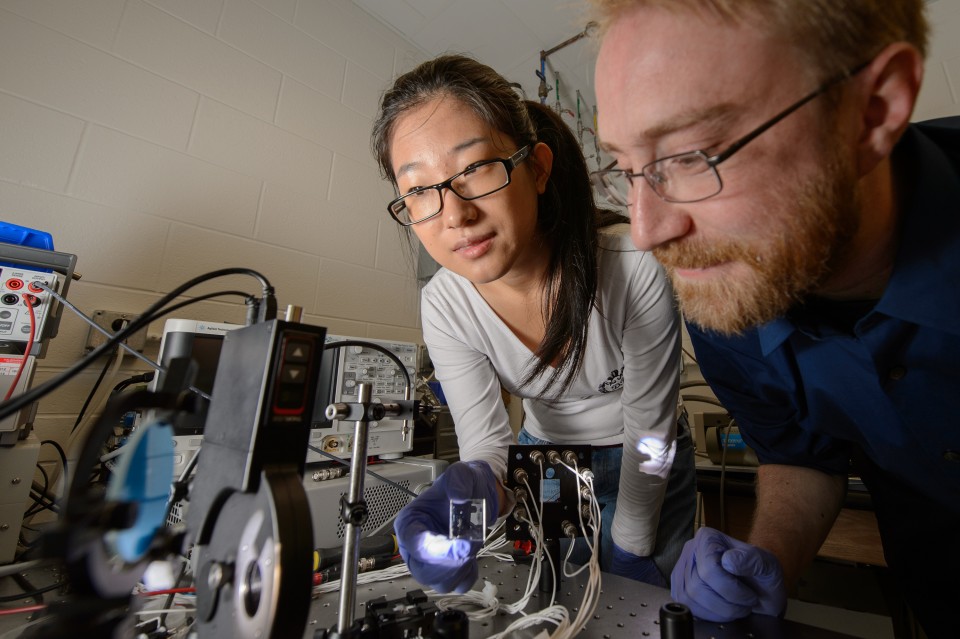 Developed by a team of chemical engineers and material scientists from the University of Michigan’s School of Engineering, this solar concentrator leaves a clear surface while collecting energy. 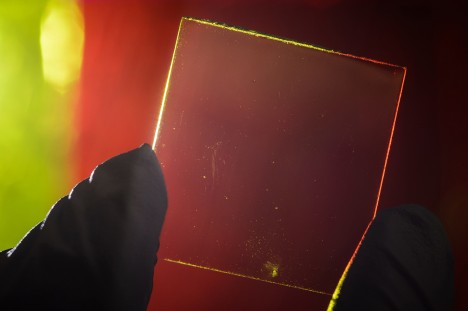 Unlike similar previous attempts, this project avoids coloration and distortion entirely behind: “The solar harvesting system uses small organic molecules developed by Lunt and his team to absorb specific nonvisible wavelengths of sunlight.” The goal now is to iterate on the design, continuing to improve its efficiency, scale and cost-effectiveness toward eventual mass-production on surfaces both small and large. 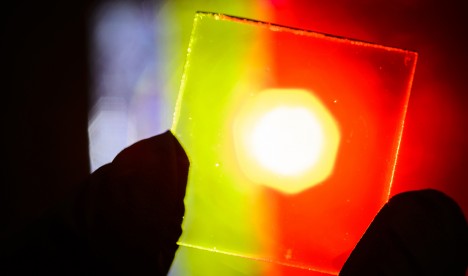 Operating out of the normally-visible spectrum, they look effectively transparent to a human viewer. The captured power is redirected to and collected at the edges of the panel, out of sight and out of mind, leaving in the center a transparent surface that could cover (or even replace) windows on a building or the surfaces of smartphones. The goal is for energy generation to disappear entirely – in the near future, you might never know that homes and phones are creating, collecting and deploying clean power passively all around you.