It’s the third-largest city in California by land area but most people (including many in CA) have never even heard of this mostly-empty desert oasis, home to around 15,000 people. It’s not quite a city, but not quite a ghost town either.

Visiting the area is a bit surreal – roads running through its 200 square miles connect nothing to nothing in the hot Mojave, in some cases following straight lines and in others wrapping to form cul-de-sacs.

Some roads are paved, but most aren’t. In places, nature has started to reclaim the dirty gravel strips with hearty desert plants growing right up through streets. 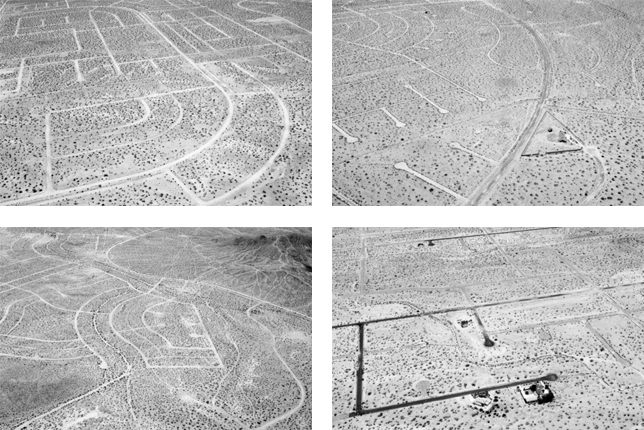 Photographer Noritaka Minami recently took a trip in a helicopter to photograph the strange sprawling semi-ghost town, which are on display at On Freedom, an exhibition at Aperture for another month.

The place was a mid-century vision of a real estate developer named Nathan Mendelshon who purchased over 80,000 acres, imagining California City as a fresh metropolis for a growing state.

Some parcels were resold but never developed — others were bought and remain in use, mainly for people working at a nearby military base or prison.

The few houses that do exist seem almost stranger than the framework of roads around them, neatly fenced in a neighborhood of empty plots. 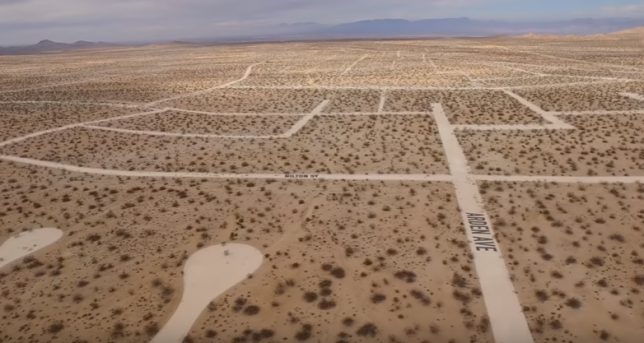 More from Minami: “This project focuses on California City, a master planned community in the Mojave Desert conceived by sociologist turned real estate developer Nathan K. Mendelsohn in 1958. California City was envisioned as the next major metropolis in California in response to the population and economic growths after World War II. This development was based on the belief that even in a harsh desert landscape, mankind had the freedom and power to produce a built environment that provided all of the essential needs for a prosperous modern life.”

In his series of black-and-white images, “aerial photography is used to document the scale of the vision Mendelsohn proposed in the desert and question whether this ‘wonderland’ could have even been sustainable in this environment. Despite having the foundation for a city in place, there are no indications that this city will ever be realized in the future.” In the end, half-built may be an overstatement — in reality, the place is more like a skeletal outline of a city, punctuated (like a normal rural landscape) by pockets of development and clusters of community.