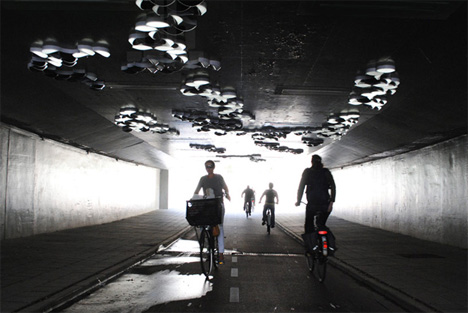 Tunnels are typically scary places. The darkness is enough to give anyone the willies – and then there are the spooky, disorienting echoes. An example of an un-scary tunnel would be Detroit Metropolitan Wayne County Airport’s Light Tunnel. Another can be found in the Netherlands. 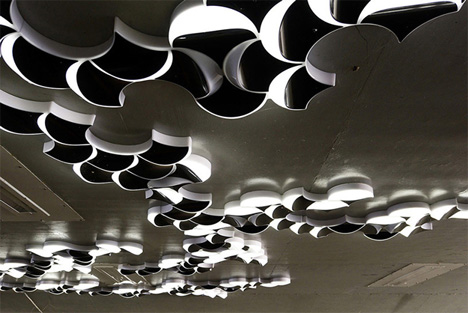 The Dutmala tunnel in Eindhoven was once cast in darkness. Amsterdam-based designers Knol Ontwerp illuminated the once-dim tunnel with a light sculpture called Transit Mantra. The interactive corridor reacts to the movement of passersby, a glowing escort through a formerly-gloomy tunnel. 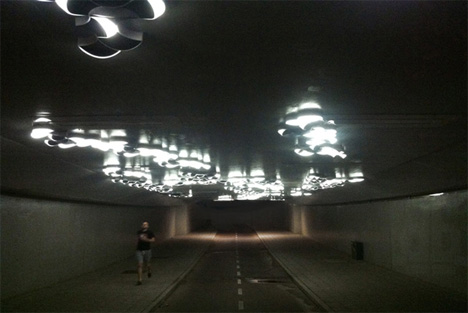 Each person who passes through the tunnel gets his or her own unique experience, as the sculpture produces both light and sound. The amount of walkers, bikers or joggers, as well as their speed, causes fluctuations in the patterns. Now every tunnel, underpass, aqueduct – even the Chunnel – seem boring.