This 60-storey and 360m (1,180 ft) tall skyscraper is the fourth-tallest building in Guangzhou and one of three supertall skyscrapers to be completed there in 2012. None of the three taller buildings make CTBUH’s list of the top ten vanity height buildings, however. Fully 27% of The Pinnacle is deemed to be non-occupiable vanity height.

Though The Pinnacle was domestically designed by Guangzhou Hanhua Architects & Engineers, the building looks to New York’s iconic Empire State Building for its main styling themes… not a bad thing, as its retro-Deco look sets it apart from the surrounding post-modern skyscrapers. Just for comparison purposes, the Empire State Building is 381m (1,250 ft) in height but was designed with very little vanity space as was the case with most buildings built in the 20th century. It’s worth noting that of the ten most wasteful skyscrapers on CTBUH’s Height of Vanity list, all were built since 1999. 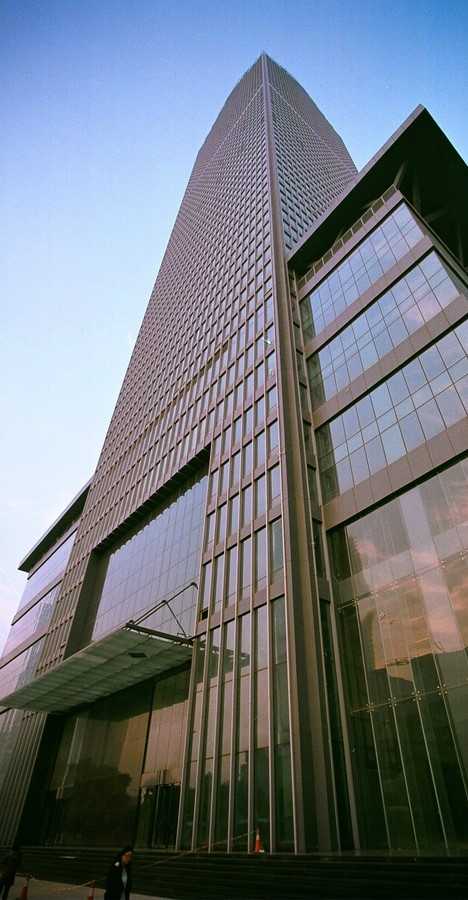 The Minsheng Bank Building (also known as Wuhan International Securities Building) in Wuhan, Hubei, China stands 331m (1,086ft) tall. Designed by the Wuhan Architectural Design Institute and completed in 2008 after almost 7 years under construction, the 68-story office tower is (at press time) the tallest building in Wuhan and the 39th-tallest building on Earth. 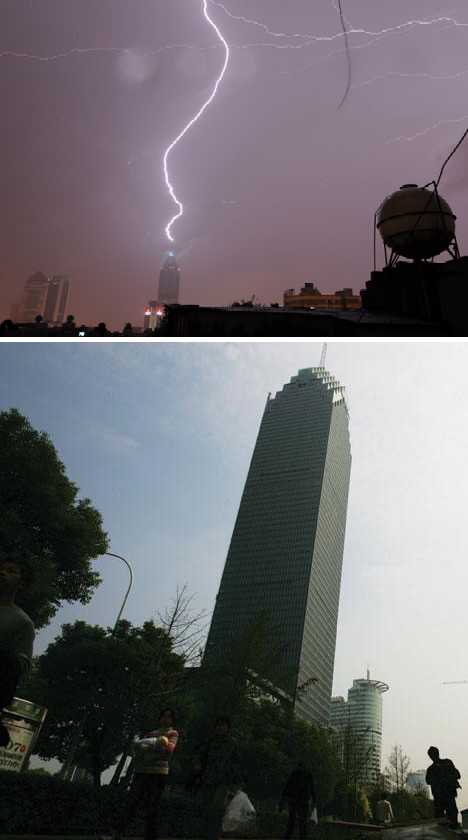 The sleek and severe post-modernist Minsheng Bank Building is occupied up to the 237m (779ft) level but the remaining 94m (308.4ft) in the building’s crown is empty. This results in 28% of the building being non-occupiable space. One wonders why an extra 3 floors were built below ground level when so much space was and is available much higher, and with a much better view of the city. 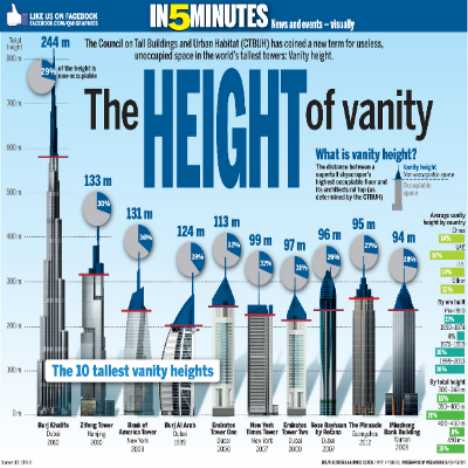 If the breakneck pace of skyscraper construction is any indication, demand for space in such edifices continues its bold bounce back from the dark days of the world financial crisis. As well, there seems to be no shortage of large corporations and one-percenters ready, willing and able to finance these towers and rent space in them once they open. Does it make any sense, then, for developers to waste so much space for the sake of vanity? Not really… but in a world where fools and their money are soon parted, sense is ignored when when dollars come a’calling.