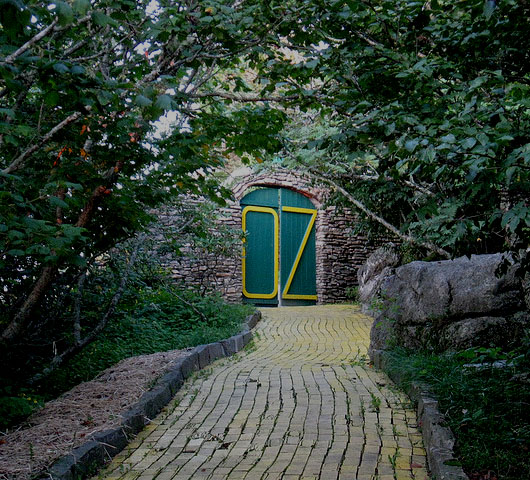 At the top of a mountain, a crumbling Yellow Brick Road winds around forests filled with creepy anthropomorphic trees, Dorothy’s dilapidated house and an Emerald Castle made of stone. The Land of Oz has been abandoned for thirty-three years, and it hasn’t seen much restoration during that time, but it opens to the public October 5th for an annual event called ‘Autumn at Oz,’ enabling visitors to see it in all its sad, derelict glory for a few of Halloween season. 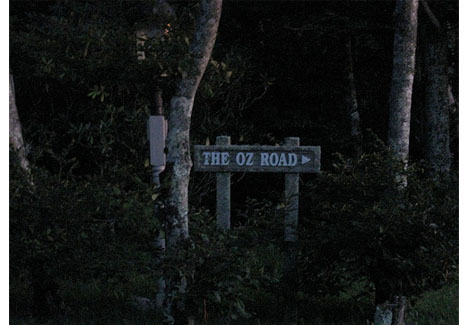 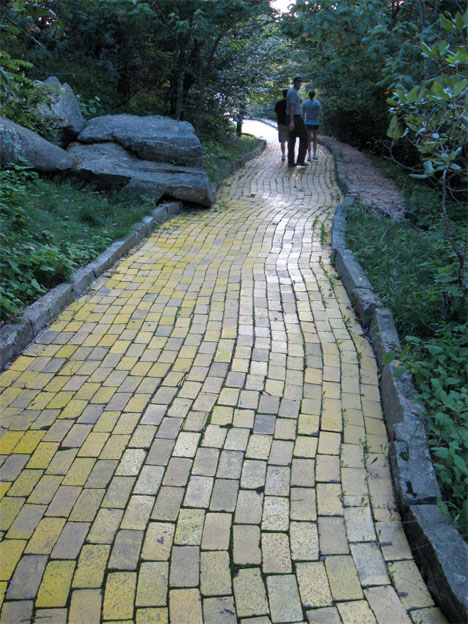 Located at Beech Mountain, a ski resort in Western North Carolina, the Land of Oz saw over 20,000 visitors on its opening day in 1970. A ski lift was modified to resemble a balloon ride, taking guests on an aerial tour of the park with views of the mountain scenery. The park design was based on the book rather than the film, and the visitor was intended to experience it from Dorothy’s point of view. 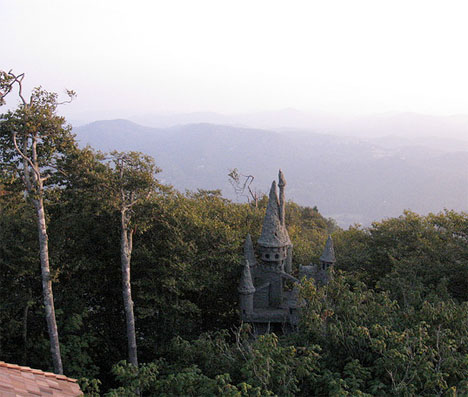 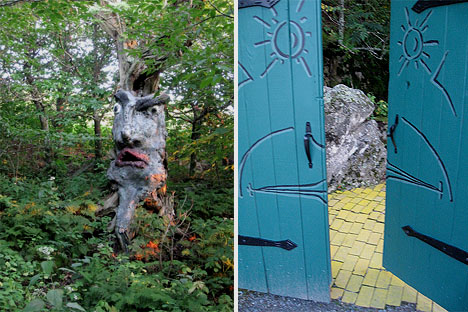 Despite a 1975 fire that destroyed some artifacts, including the dress worn by Judy Garland in the movie, the Land of Oz was fully operational until 1980. Once it was closed, many items were stolen, vandalized or destroyed, and those that weren’t were given over to the elements. A few pieces remain in storage at Appalachian State University. 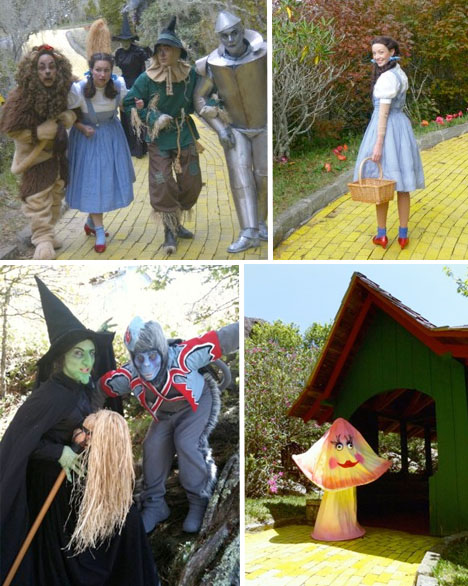 The park was partially restored in 1990, and Former employees started Autumn at Oz as a reunion three years later. Now it’s an annual event, opening the doors to the outside world just two days every year. Proceeds from the event go to the (apparently minimal) upkeep of the park.