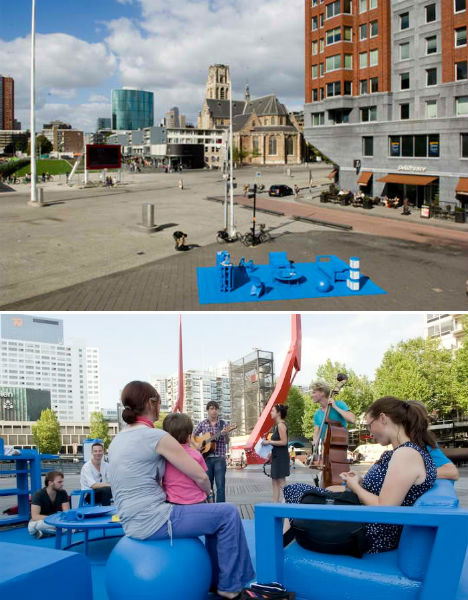 Feel at home in public places with a bright blue ‘Urban Living Room,’ a hangout space set up in Rotterdam by artist Eddy Kaiser and the Theatre Group Powerboat. It offers a comfortable space for spontaneous small-scale meetings and events, and has encouraged free performances by local musicians.

Musical Light Swings on the Streets of Montreal 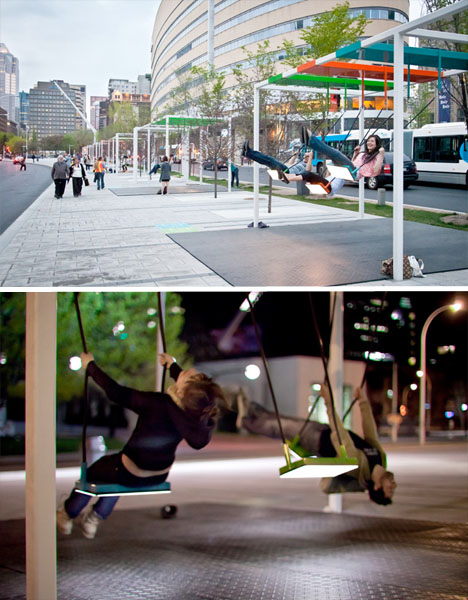 It’s hard to resist row after row of colorful illuminated swings installed in an unexpected place in the city, so why even try? Just take a seat and let your childlike sense of wonder take over. 21 Balancoires (21 Swings) brought the urban playground to Montreal with pre-recorded sounds from musical instruments programmed into each swing. Cooperation between those on the swings could produce cohesive melodies. 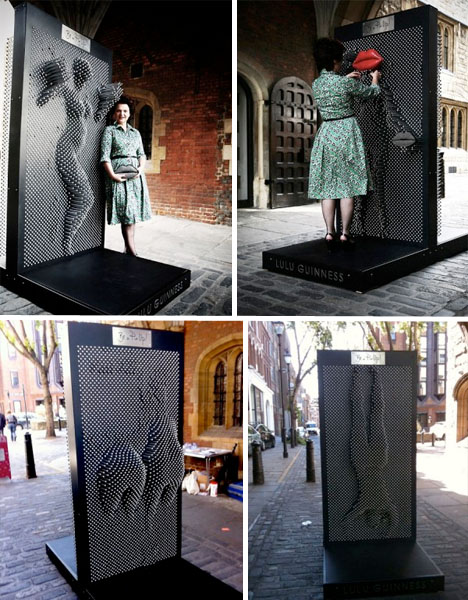 What else would you expect from passersby when you place a human-sized pinscreen on the sidewalk than to see a few silhouettes that are a bit lewd? Installed outside a Lulu Guinness store, the pinscreen drew in all sorts of people itching to make their mark. 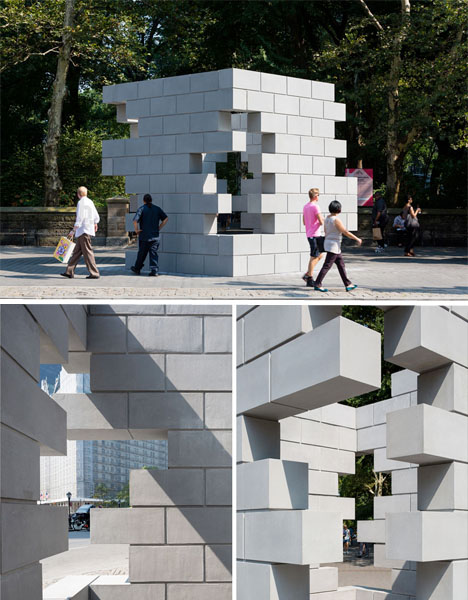 This public sculpture appears, at first, to be made with individual gray blocks, but on closer inspection, it’s revealed to be a single cast concrete block. Its Tetris-like appearance draws people in to sit and relax for a moment, taking in views of city life. 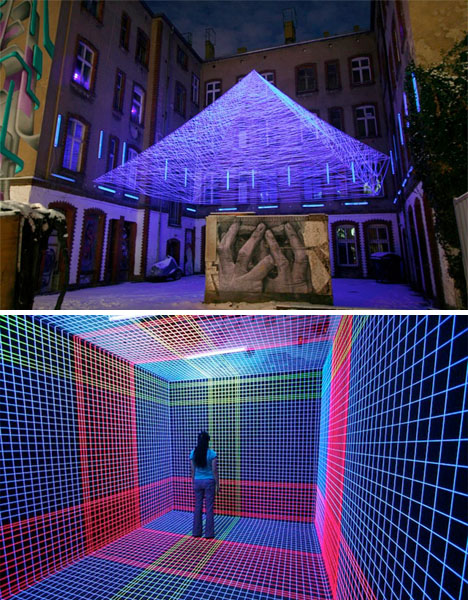 Popping up inside galleries as well as on the street, these stunning three-dimensional installations by artist Jeongmoon Choi create illuminated environments using thread and ultraviolet light.