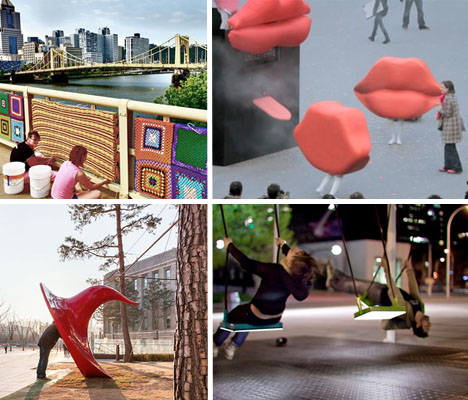 Art installations that invite or even dare passersby to join in on a fun activity transform even the most stiff and boring urban environments into public playgrounds. Musical swings on the sidewalks of Montreal, a giant red ear in South Korea, a massive Monopoly game in Chicago and a submarine erupting from the middle of Milan are among the cool interactive projects that bring out the kid in all of us.

Massive Submarine in the Middle of Milan 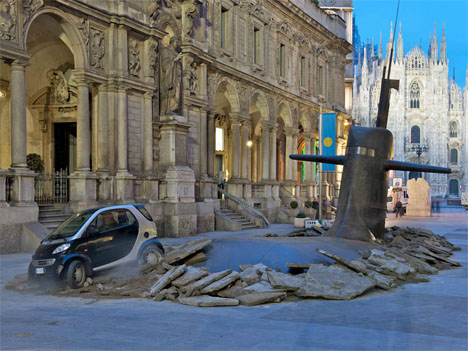 Pedestrians in Milan were puzzled to  see what looked like a massive deep-sea voyager bursting from the pavement  in the middle of Piazza Mercanit. A Smart Car appears to have been caught up in the eruption, barely escaping. Of course, it’s an art installation – actually, a marketing stunt for an insurance group’s ‘Protect Your Life’ campaign. A ‘scuba diver’ at the scene told onlookers about the importance of insurance in safeguarding your possessions – probably a little less exciting than what they were hoping to hear. 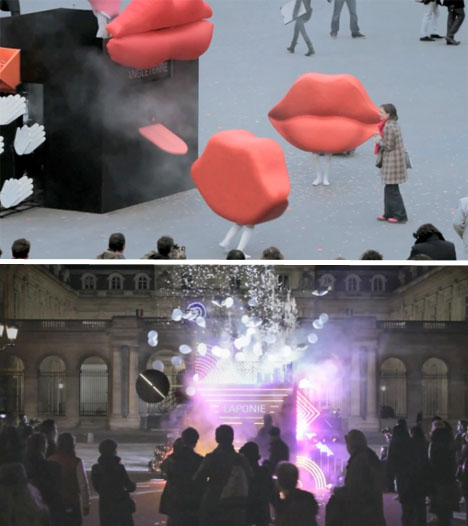 Where do you want to escape to? Press the red button on this strange black cube in the middle of a French public square, tell it your desired destination and something really, really unexpected will happen. 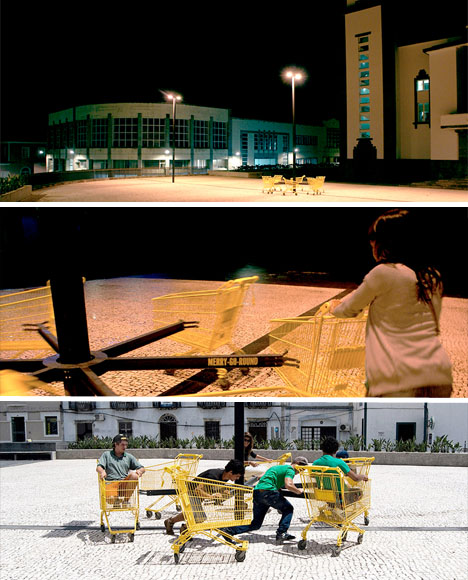 In the middle of a municipal theater square in Portugal, a merry-go-round of shopping carts beckons kids and adults alike to interact. It’s a parasitic addition to a lamp post, made to attach to any such structure in a public place. “By counteracting the freedom of movement that normally characterizes these carts (ironically moving in circles) we are reminded that consumerism does not take us anywhere… or in the best case scenario to the starting point.”

Whisper a Message to ‘The Big Ear’ 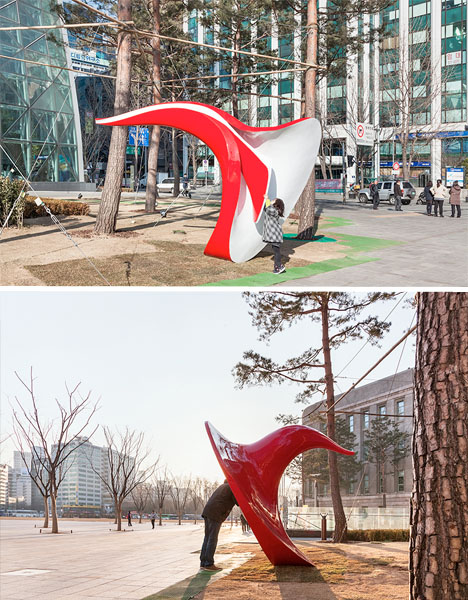 Called ‘Yobosayo,’ the Korean word used when calling to get someone’s attention, this interactive sculpture records voice messages from passersby and shares them with others. You speak into the big red ear, and people inside the adjacent Seoul Citizens Hall listen. It’s even more interactive than that, in fact; sensors on the hanging speaker units monitor how much time people spend listening to each message, so the ones people pay attention to remain in the playlist, while the unpopular ones are transformed into music by an algorithm that amplifies and distorts the sound. 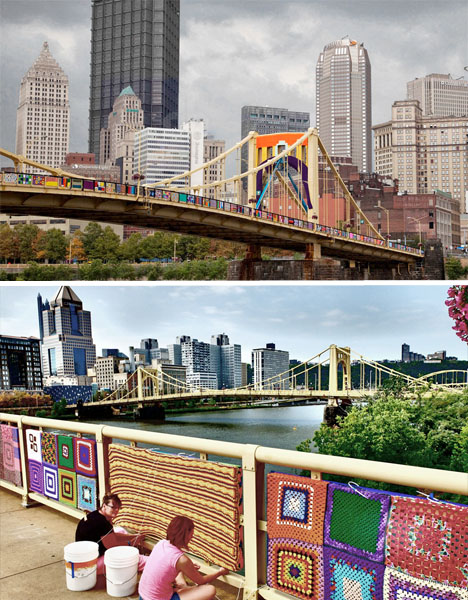 A project called Knit the Bridge brought 1,800 volunteers onto the Andy Warhol Bridge in Pittsburgh to cover the sides, towers and main cables in rectangular panels individually knitted by each artist. It’s a fitting tribute to the only bridge in the United States to be named for an artist.