(images via: Cat Country 107.3, Logrithmic and This Is LaLa Land)

Perhaps the best known candy corn-infused Halloween frankenfood, Candy Corn Oreo cookies are the answer to a question nobody asked… out of plain old fear! Scathingly mocked by South Park and eagerly stocked by WalMart, Candy Corn Oreos were supposed to be a limited edition release for autumn 2012 but like relentless undead zombies, have returned to haunt our taste buds and waistlines for at least one more year. The horror, the lip-smackingly sweet horror! 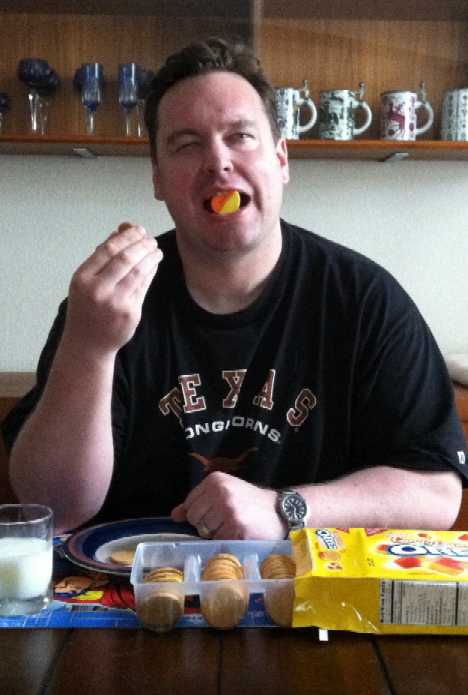 (image via: The Signal Watch)

Too fearful to try Candy Corn Oreos? No problemo, there are plenty of daring souls out there in Internet Land ready, willing and able to try ’em for you and wax profuse on their impressions. Take Ryan Steans (aka The League) of Austin, Texas, who welcomes one and all to a 22-part Very Special Taste Test in which he eventually pronounces Candy Corn Oreos to be “not awful”. Do we note a pattern here?

What kind of parents serve their kids Kellogg’s Candy Corn Pops cereal for breakfast? Either Mama June and Sugar Bear, or someone resembling the psychotic/psychedelic mad food scientist featured on the front of the box… in other words, the most awesome parents EVAR!… at least until Child Protection Services steps in and puts a stop to the fun. Introduced as a limited edition around the turn of the century, we have to give pop props to the iron-stomached souls at X-Entertainment for reviewing this bizarre cereal seven years after its expiry date. 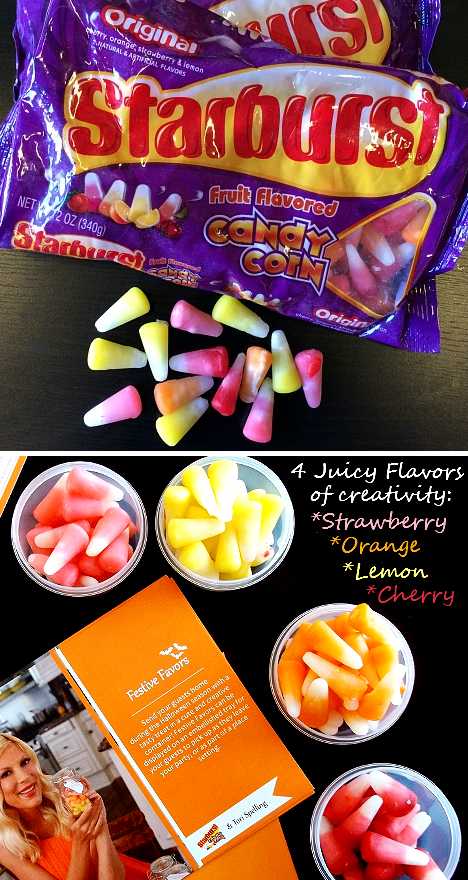 (images via: Foodbeast and Momma Told Me)

The Starburst people offer a welcomely different take to the task of marketing a candy corn snack, that being to avoid having it taste like candy corn. Instead, Starburst Candy Corn comes in the popular fruit chew’s original flavors of cherry, strawberry, orange and lemon… colors aside, they only LOOK like candy corn! Sadly, the best plans of mice, men and Starburst all too frequently come to naught and as Foodbeast’s Charisma Madarang informs us, “the reality is that Starburst Candy Corn tastes like edible scented candles.” Well Charisma, maybe some of us LIKE eating scented candles. Don’t judge us! 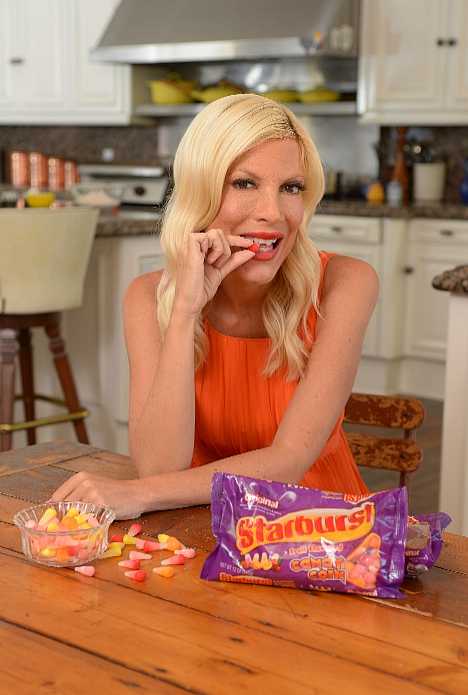 Ever wonder how celebrity “actress” and multitasking mom Tori Spelling manages to keep her splendiferous figure? So do we, when we spy her gobbling up mass quantities of Starburst Candy Corn as the image above suggests. Then again, Spelling and Starburst have officially hooked up to promote Starburst Candy Corn and for all we know, the reality star may have spit out the sugary spikes like red-hot rivets as soon as the photoshoot director yelled “CUT!”