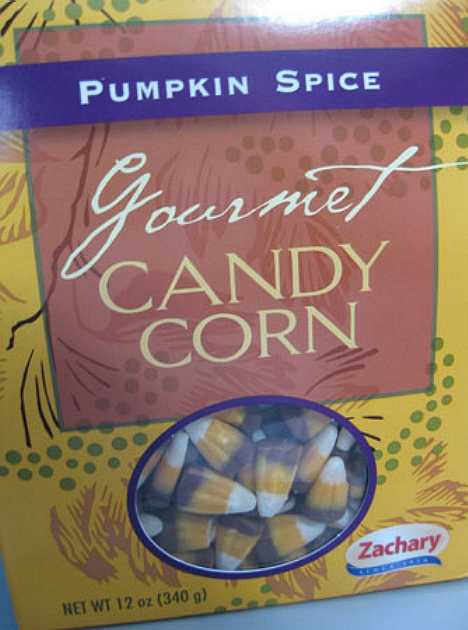 (image via: Love Me Some Pumpkin!)

What kind of candy corn do one-percenters eat? Zachary’s Pumpkin Spice Gourmet Candy Corn, of course, sold at Neiman-Mar- er, WalMart. It’s the Grey Poupon of candy corn but if you think Jeeves will be handing out handfuls to trick-or-treaters at the mansion gate, fuggedaboutit – commoners like us get regular old candy corn, stale Mary Janes, circus peanuts and rocks. Zachary’s Pumpkin Spice Gourmet Candy Corn isn’t just candy corn, it’s candy corn embiggened with that other overdone, overblown and overexposed seasonal culinary cliche, pumpkin spice. Suddenly we don’t envy those one-percenters quite so much. 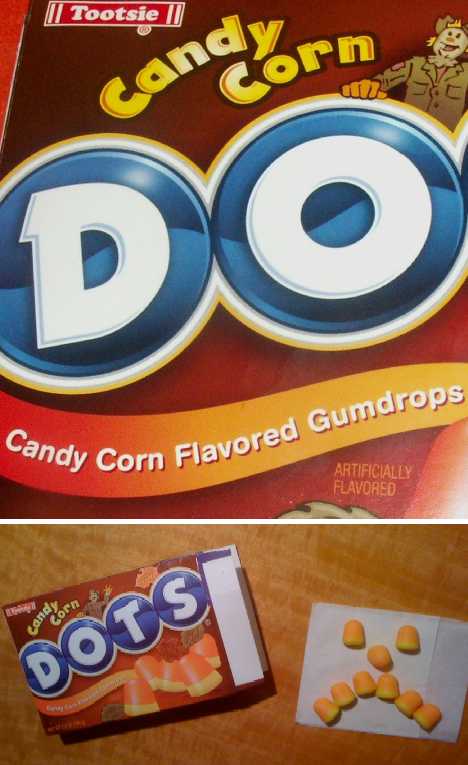 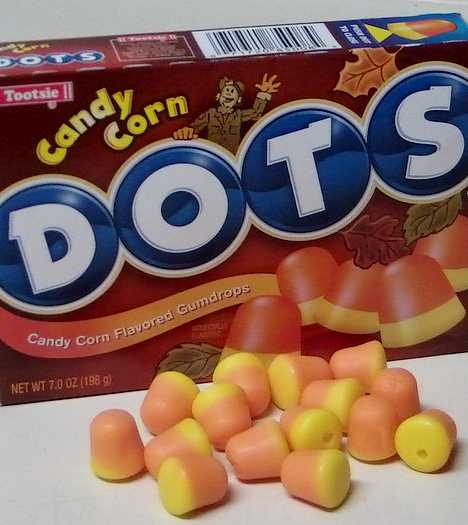 Did we say white? Our bad, Candy Corn DOTS have no white and pretty much the only way you’ll know they’re Candy Corn DOTS is by reading the package. A tip of the hat to Flickr user Shawn Robare (smurfwreck77) for snapping and posting the cool and very tasteful Candy Corn DOTS image above along with other Halloween candy images. 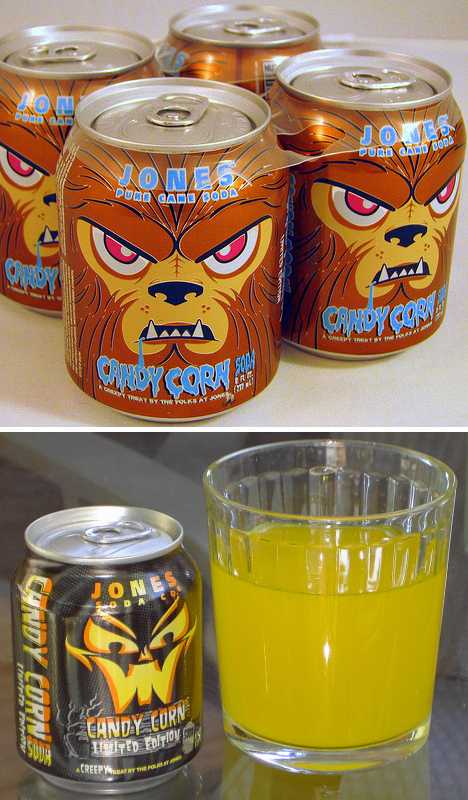 (images via: Brent Moore and X-Entertainment)

Never mind “WTF is Goofy?”, what the heck is candy corn?? If you really must know, Candy Corn is made from corn syrup and sugar, no surprise, and it’s been around since the 1880s. That is, it was invented in the 19th century by George Renninger of the Wunderlee Candy Company but it hasn’t actually been circulating since then… one would hope. Wouldn’t ol’ George be surprised to see what his descendants have done with his sweet invention? OK, it would probably drive him to drink… Candy Corn Soda! 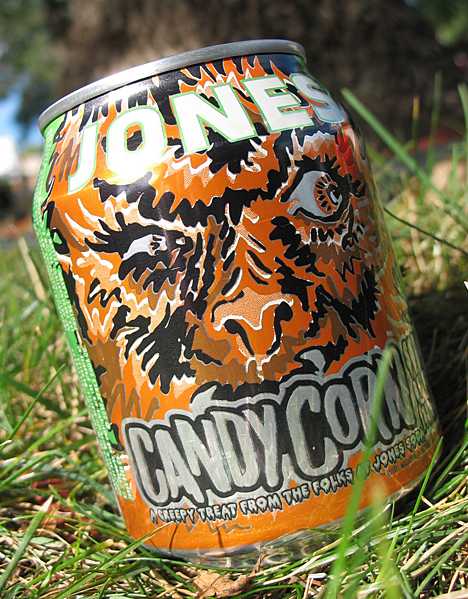 From 2005 through 2009, Jones Soda Co. of Seattle, WA released Candy Corn soda as one component of their Halloween Limited Edition 8 oz. can 4-packs. Other Halloween-themed sodas came and went from Jones’ holiday lineup but virulently yellow Candy Corn soda was a mainstay. The semi-perennial flavor is back for an encore in 2013, labeled “Return Of Candy Corn”. Looks like there’s no getting rid of candy corn… until next Halloween!