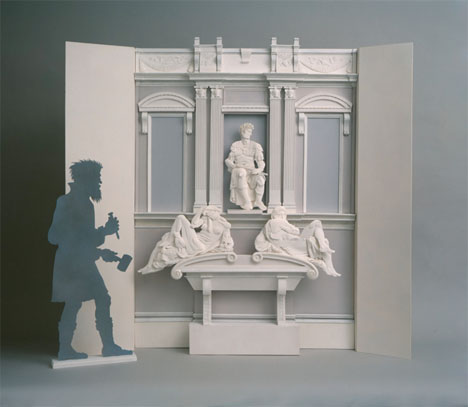 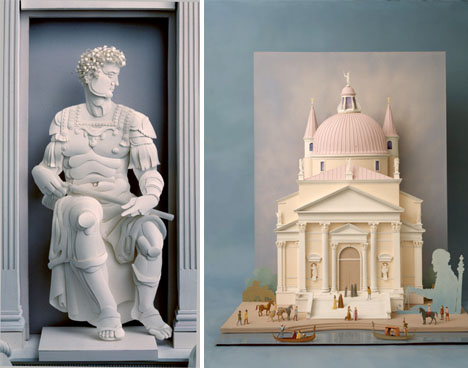 Artist Ellen Rixford typically works in bright, colorful, textural paper, but some works in plain white and pale colors relay an echo of the marble sculptures and architecture that inspired them. Among them are Michelangelo’s Tomb of Guiliano Di’ Medici, a 4.5-foot paper sculpture showing the artists’ ghost as a shadow at the left, and Palladio’s Church of Redemption. 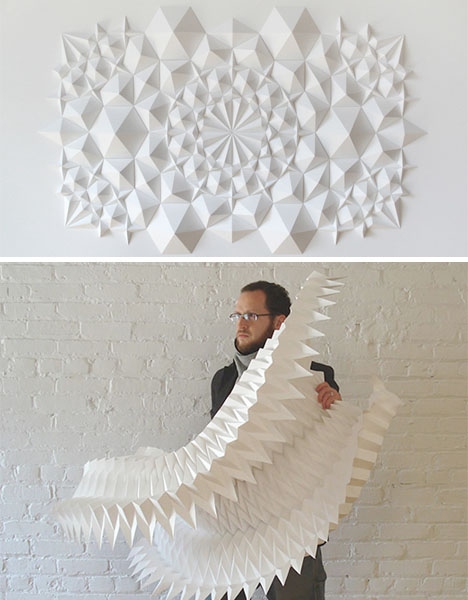 Self-proclaimed ‘paper engineer’ Matthew Shlian describes himself thusly because his works require more than just artistic vision; they’re driven by complex mathematics. Shlian collaborates with scneitists and researchers who are “just now recognizing the practical connections between paper folding and folding at microscopic and nanoscopic scales.” 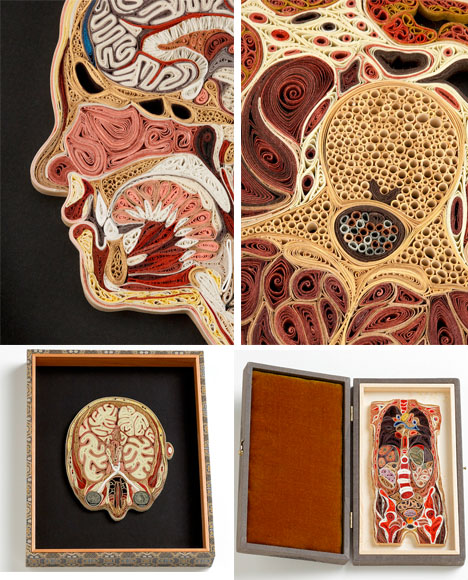 Quilled paper makes for what looks, from a distance, like real anatomical cross-sections of human body parts. Lisa Nilsson rolls pieces of Japanese mulberry paper into ‘quills’ and pins them into place on top of a photograph to produce a realistic effect that takes weeks to come to completion. 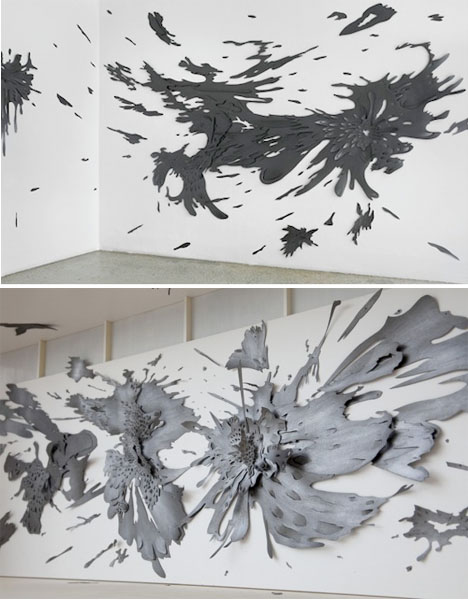 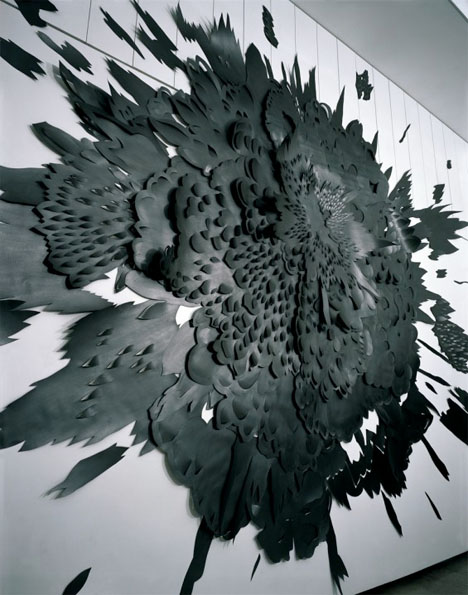 Paper doesn’t quite look like paper anymore when it’s coated in graphite and splattered across gallery walls in fluid splotches. Andreas Kocks cuts and sculpts heavy watercolor paper to transform the “‘contained architectural box’ into a territorial surface.” 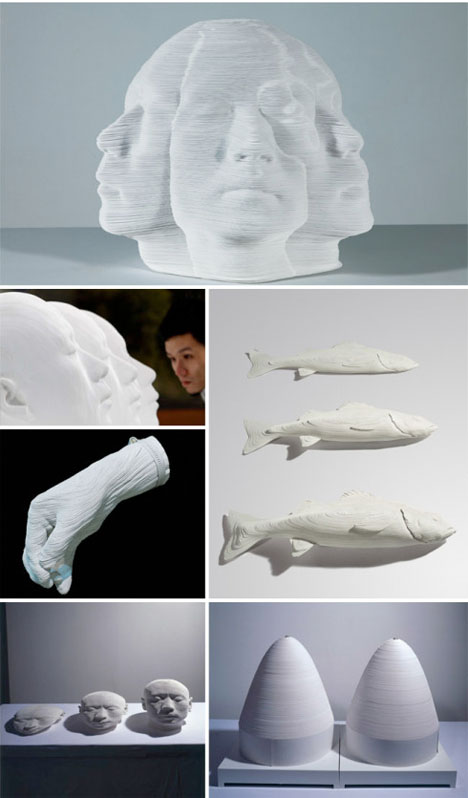 Beijing-based artist Li Hongjun also uses layer upon layer to create topographic paper sculptures with positive and negative shapes, often in the form of human heads that can be cross-sectioned and twisted for a surreal effect.