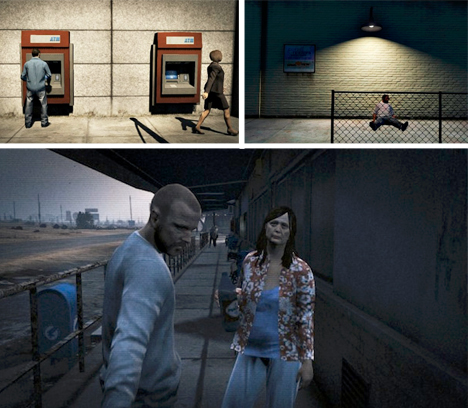 Advanced artificial characters and enhanced in-game graphics have increasingly made in-game worlds look and feel like real-life places. It was only a matter of time before photographers hit the digital pavement to shoot the resulting scenes, equipped with an in-game camera no less. 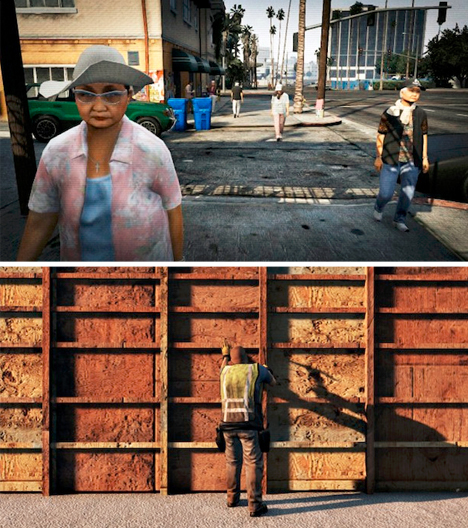 Fernando Pereira Gomes has shifted from the actual streets of New York to the simulated ones inside the San Andreas of Grand Theft Auto V. People and buildings come alive with lighting, reflections, details and detritus, all captured in his photo series Street Photography V. 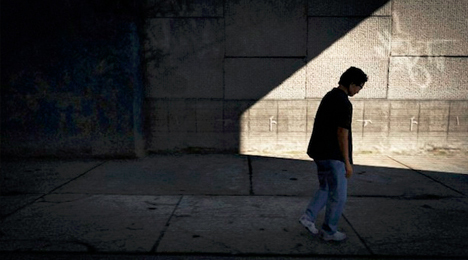 “Being a big fan of GTA, I went to the midnight launch and played the night away,” Gomes explains.  “As I played, I noticed that the characters had cameras on their phones… With this new tool, and the huge world of Los Santos, I started experimenting with the camera and the digital streets.” His resulting (and ongoing) series captures everything from passed-out drunks and hungover street walkers to ambling pedestrians and everyday business people heading to and from work. 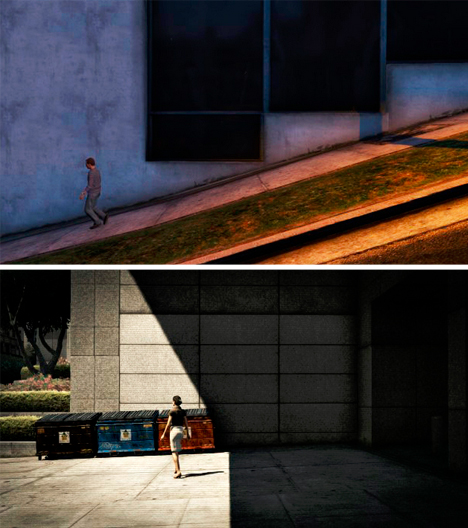 “What I found was remarkable. The game is so realistic that it felt like being in the streets outside, running around for shots, anticipating passersby’s movements and reactions. In a way, it was also incredibly frightening that these algorithms could look so real, or is it that we ourselves are becoming ever more algorithmic?” 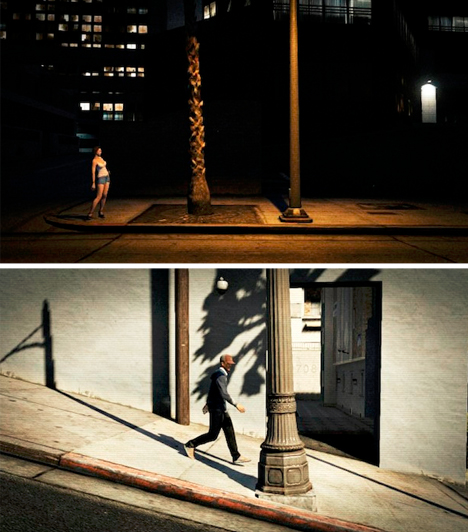 As with many forms of art, there are limitations one can see as restrictive or liberating, like the inability to tilt the camera significantly up or down. Also as in real life, there are many shots of opportunity that only come once – you have to look around, see what is happening, snap an image and hope for the best.