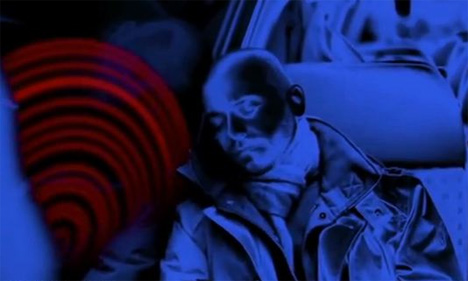 Television, radio, the internet, billboards, newspapers, magazines, malls, supermarkets…wherever you are and whatever you’re doing, it’s highly likely that at least a few  companies are trying to market their products to you every moment. A quiet train ride and a nice nap used to be a welcome escape from the cacophony of consumerism, but soon even your commute-time nap may be filled with the sounds of advertisements. 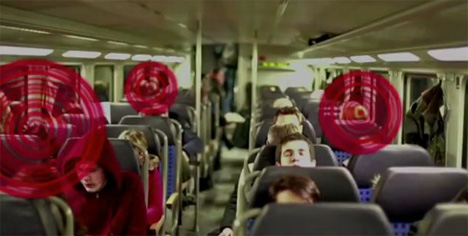 The German branch of ad company BBDO has tested a form of bone conduction technology on a train between Munich and North Rhine-Westphalia. When a commuters rest their heads against a window, hoping to catch a few winks before getting to their destination, ads which were previously inaudible suddenly begin playing inside their heads.

The technology works by using high-frequency transmitters to send sounds through the train’s windows. If you aren’t touching the window you can’t hear the ads at all. But lean your head against the window and the sounds are loud and clear, having been transmitted through your skull and directly to your inner ear. It’s the same concept that makes bone-conduction headphones and hearing aids work. 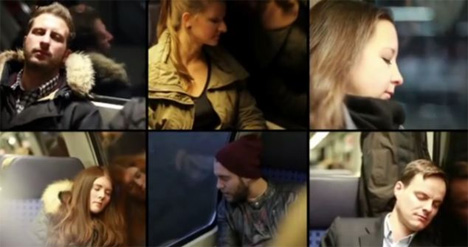 Although BBDO has no current plans to actually put the technology into use, the fact that it was tried out successfully may mean that this type of marketing will soon be used on a wider scale. We have a feeling commuters would object to the practice of advertisements invading their sleep, but if trains played relaxing music or important travel information in this manner it would be much easier to get behind the idea.