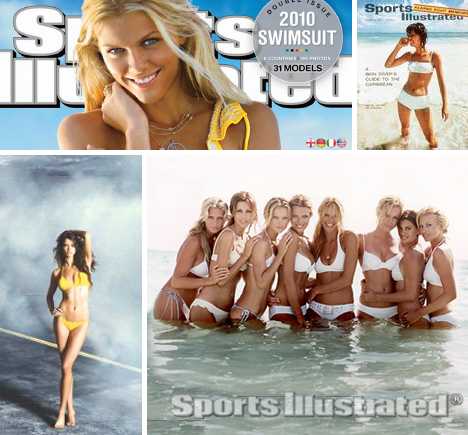 Sports Illustrated magazine is known as much for its annual Swimsuit Editions as for its sports coverage – maybe more. The gorgeous gals on (and under) the covers are just part of the story, however. This look at SI’s top 10 scenic shoot sites shows that behind every lovely lady there’s a beautiful backdrop well worth visiting for its own sake. 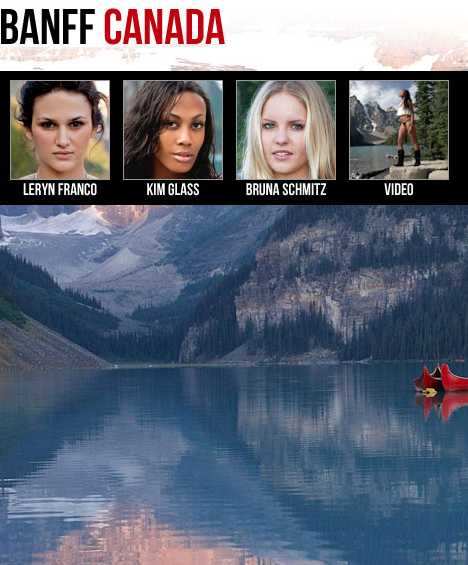 Sports Illustrated magazine has put out a special Swimsuit Issue each year since 1964, and after nearly half a century just about every exotic locale has been featured… even Canada! Yes indeed, the 2011 Swimsuit Issue featured some of the world’s most beautiful women showing off some spectacular swimsuits in Banff, Alberta, a place known more for ice than nice. Global warming never looked so good. 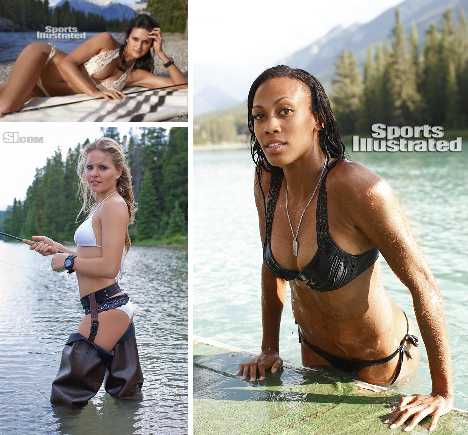 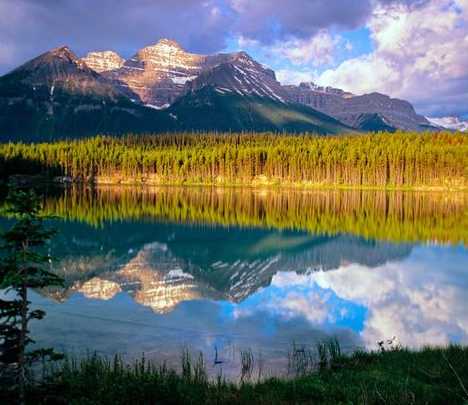 Sports Illustrated’s Swimsuit Edition is all about peaks & valleys, so what better place to show off nature’s bounty than in beautiful Banff National Park? Some might say choosing a Canadian location to shoot swimsuit models is an open invitation to goosebumps… others might agree and ask what’s wrong with that? 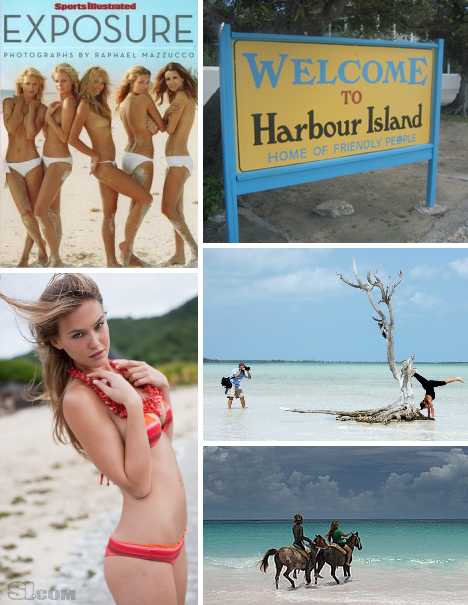 Sports Illustrated was feeling in the pink when Harbour Island in the Bahamas was chosen to host the magazine’s 2006 Swimsuit Issue. Though Bermuda’s coraline pink beaches may be more famous, Harbour Island boasts a similar beauty with the added benefit of exclusivity. 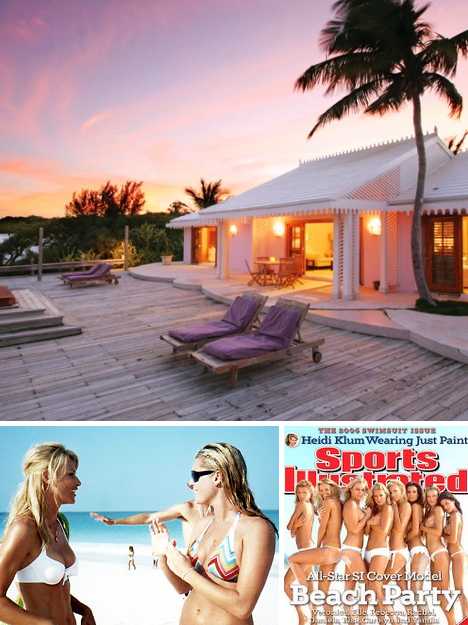 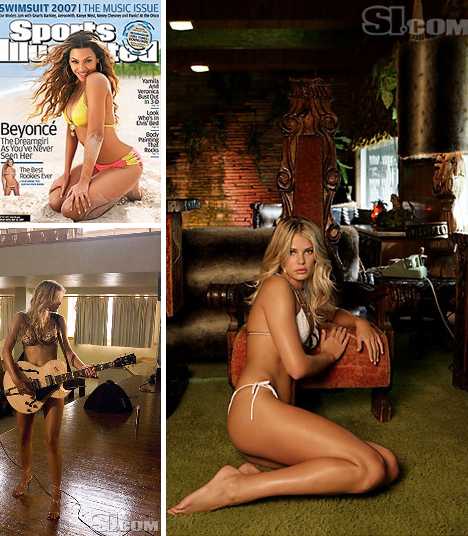 (images via: ElvisNews, One Sport Voice and SI Vault)

Beautiful women and beautiful music go together like a Peanut Butter, Bacon, and Banana sandwich… thank you, thank you very much! Sports Illustrated must have been hungry mood when they picked Memphis, Tennessee to star in Swimsuit 2007, “The Music Issue”. Wonder what they had for dessert? 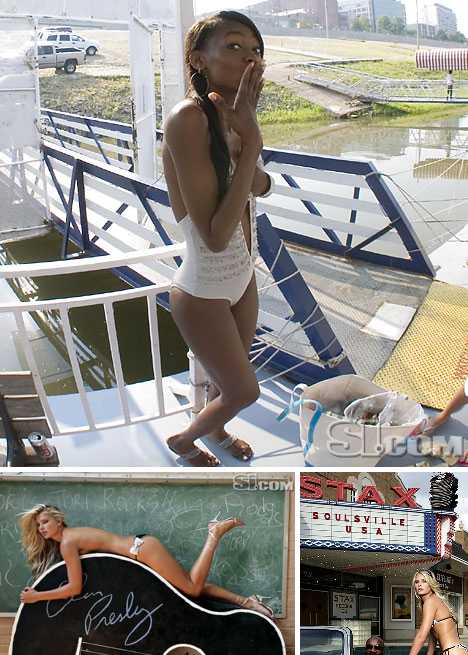 Speaking of The King, some of his loyal fans were set aback when SI published photos of models on location at Graceland and at Elvis’ old school, Humes High. Rather ironic, considering Elvis starred in “Girls! Girls! Girls!” The Elvis Information Net responded by musing “If Elvis was still alive, we suspect he would cast a quiet smile at the Sports Illustrated Swimsuit spread.” While spreading the PB&J, no doubt. 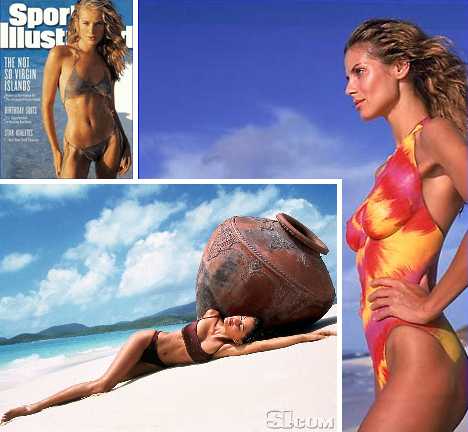 The 1999 Sports Illustrated Swimsuit Issue focused on the British Virgin Islands, or as SI cheekily described them on their cover, “The Not So Virgin Islands”. So much for that “no sex please, we’re British” line, wot? And isn’t featured model Heidi Klum of German heritage? Not that anyone gives a scheisse. 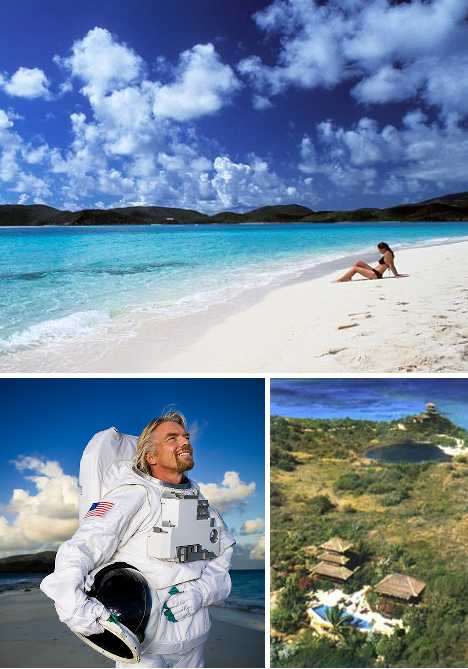 (images via: What’s On Xiamen, Brian Smith and Luxuo)

There’s so much beauty in the British Virgin Islands it would be tough for anyone to pick the ideal backdrop for a photo shoot. Cue Brit biz bigwig Richard Branson, who conveniently owns Necker Island and allowed its spectacular beaches to be used for SI’s 1999 Swimsuit Issue photo shoot. No wonder that guy’s always smiling. 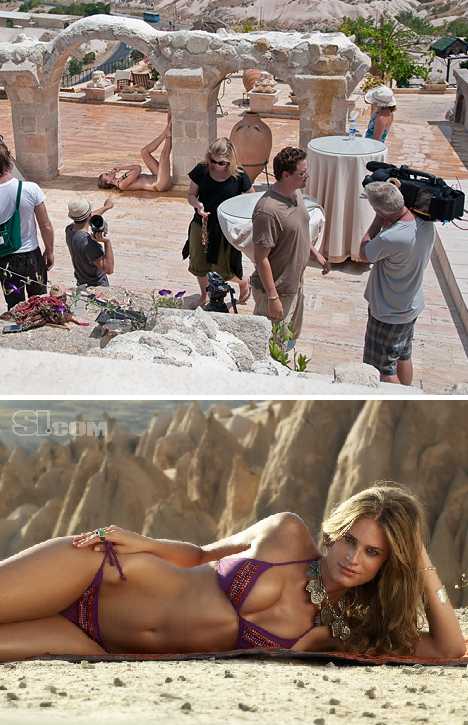 (images via: Sports Illustrated and FresnoBeach)

If you could walk into a Salvador Dali painting, you’d probably end up in ancient and eerie Cappadocia. Caves carved into exposed rocks over many centuries give the landscape a decidedly organic appearance. If curves are the object, then SI found the perfect complement in an assortment of bathing beauties – and really, who could object to that? 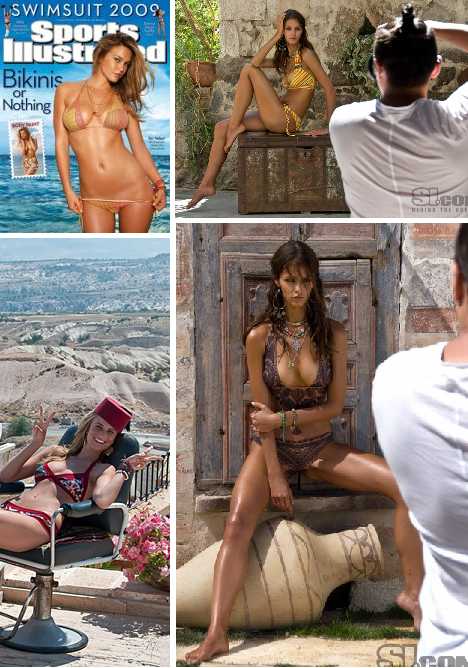 “No I’m never gonna do it without the fez on, oh no…” Cappadocia is as Turkish as it gets, with a dash of Greek to spice things up. SI went out on a limb somewhat in choosing a location without a natural lake, sea or beach to backdrop the models for the 2009 Swimsuit Issue. One can’t argue with Cappadocia’s scenery, however, and it takes exoticism a level higher than anything found in Istanbul (not Constantinople). 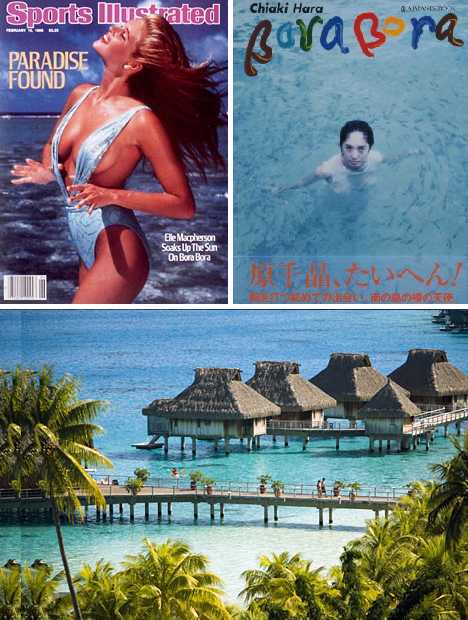 (images via: SI Vault, Everyday Glimpse and A Japanese Book)

OK, there’s boring and then there’s Bora Bora boring, which isn’t boring at all… assuming you’ve got ageless wonder Elle Macpherson to play beach blanket backgammon with. The awesome Aussie looked her best 25 years ago in 1986 and both she and Bora Bora still look amazing today. 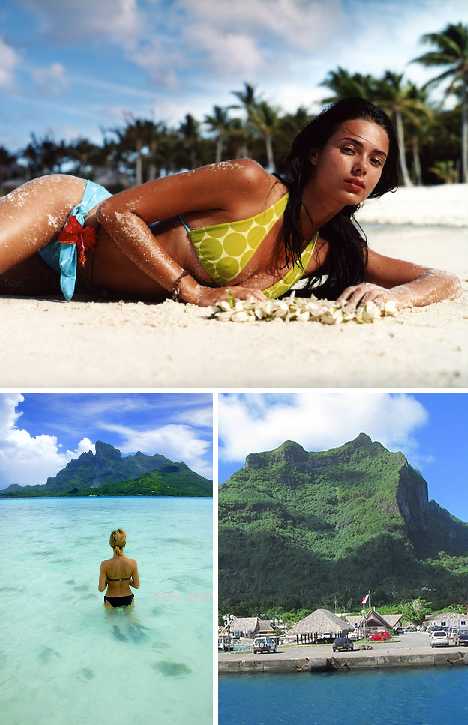 (images via: SI Vault and Trecstasy)

The 1986 Swimsuit Issue marked Elle Macpherson’s first appearance on the cover but was by no means her last. As for Bora Bora, this French Polynesian hotspot is a fave shooting spot for SI as its brilliant white sand beaches and intense turquoise ocean shores are exactly where your average rust-belter wishes he was on those dreary gray November mornings. Just ask the lovely Alicia Hall, who gazes back at us from 2005.

The 1996 Sports Illustrated Swimsuit Issue not only highlighted a fresh, exciting location – South Africa – it also featured two of the most famous models ever to grace the publication’s pages. Tyra Banks made a lasting impression while Kathy Ireland rounded out the last of 13 consecutive appearances in the swimsuit issue… with emphasis on “rounded”. 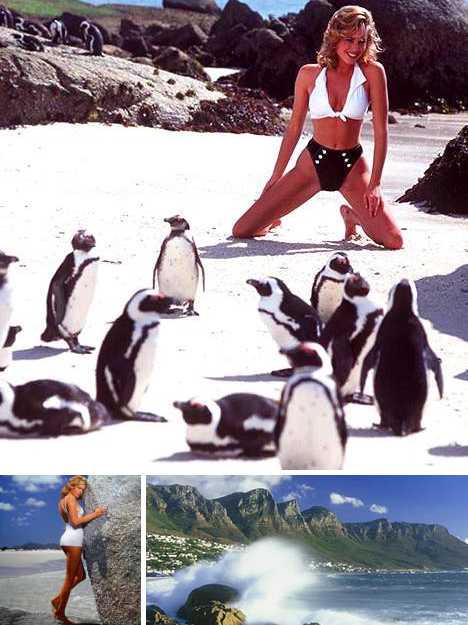 The cover of the ’96 issue remains one of the most memorable, as both Banks and Valeria Mazza exhibit an enthusiasm in bodacious leopard-print bikinis that’s nothing short of infectious. As for the locale, South Africa’s rugged Cape Peninsula offers a unique combination of sun-drenched tropic splendor tempered with a hint of the deep south… as in Antarctica. Model Rebecca Romijn looks anything but cold, though. 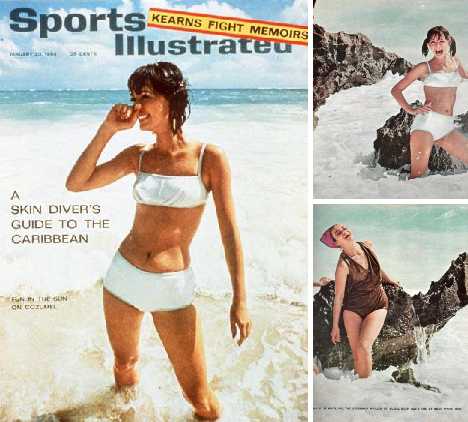 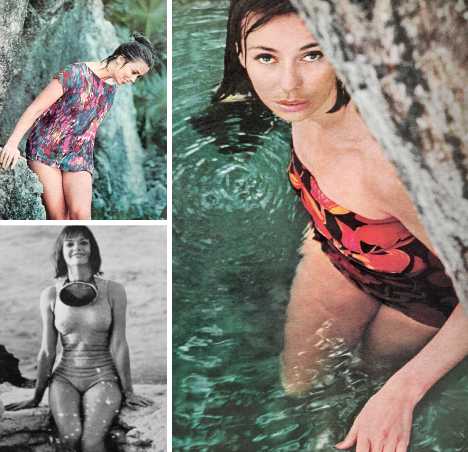 A good decade before a tourism boom made Cancun and Cozumel world-class vacation destinations, Sports Illustrated was there to kick off the inaugural Swimsuit Edition. The resorts may have been smaller back in 1964 but the bikinis… not so much. Even so, cover girl Babette March could make a burlap bag look hot, amiright? 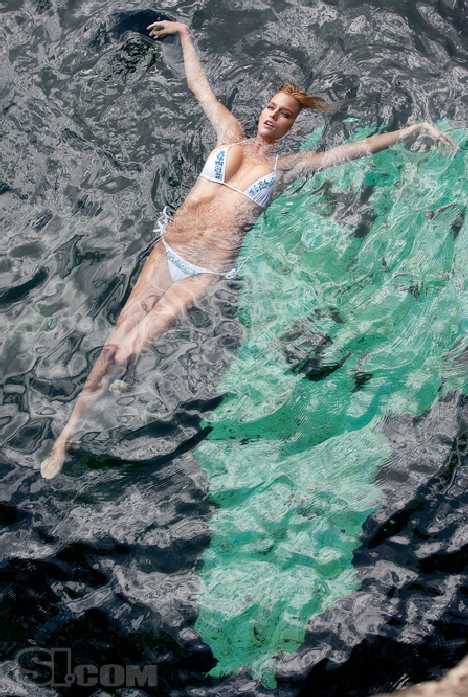 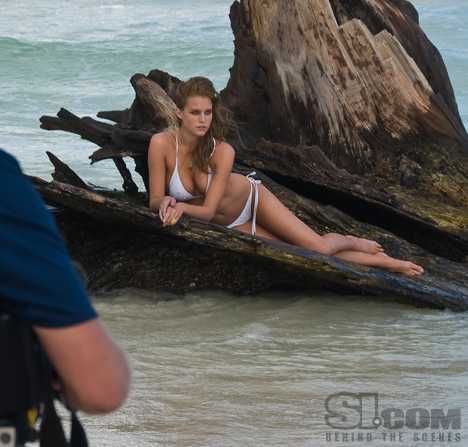 Photography has also come a long way since 1964 as the images above attest. Mexico may have its troubles these days but when it comes to sublime scenery, ideal weather and exquisite women, well, some things are simply timeless in their perfection. Don’t believe me? That’s Kim Cloutier above, posing for the 2009 Swimsuit Issue at the Maroma Resort and Spa on the Riviera Maya. As those great romantics the French like to say, “plus ça change, plus c’est la même chose” (“the more things change, the more they stay the same”). 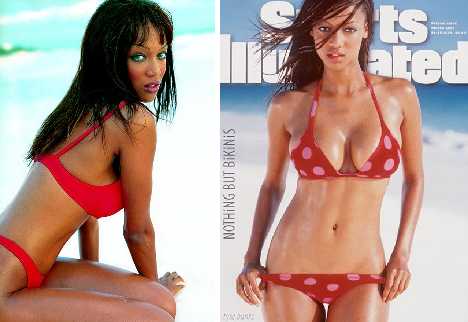 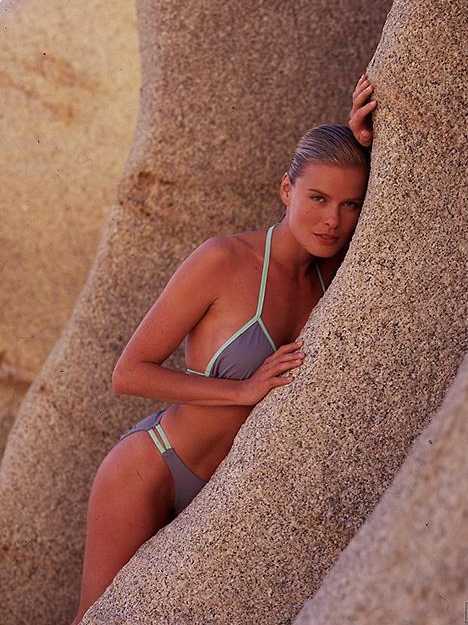 With the 1997 issue, Sports Illustrated’s Swimsuit Edition received special-issue status – a testament to the concept’s enduring popularity (the 1964 “issue” was a mere 5 page supplement). Victoria’s Secret model and future reality TV star Tyra Banks was chosen to grace the 1997 cover wearing an itsy-bitsy teeny-weeny polka-dot bikini. Supermodel Vendela appears just beneath, conforming her curves to those of the backing rock formation… which you probably didn’t even notice. 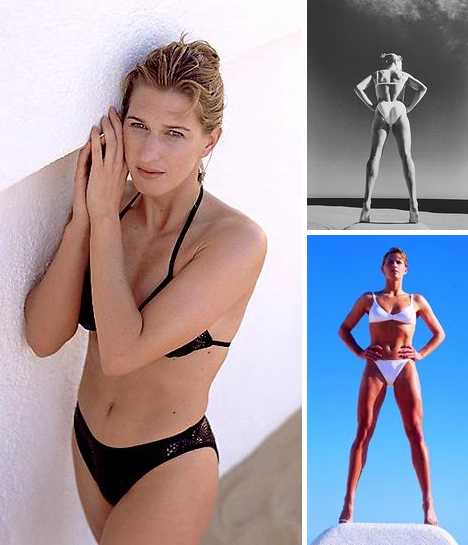 Sports Illustrated’s Swimsuit Issue maintained a one-country location format until the 1989 edition, when an expansion in both magazine size and accompanying budgets afforded more variety. The 1997 issue featured photography from Monaco, Venezuela, the Bahamas, Mexico, and Malibu Beach. The magazine reached out in other ways as well, employing a number of high-profile female athletes like tennis star Steffi Graf (above) shown in Cabo San Lucas, Mexico. 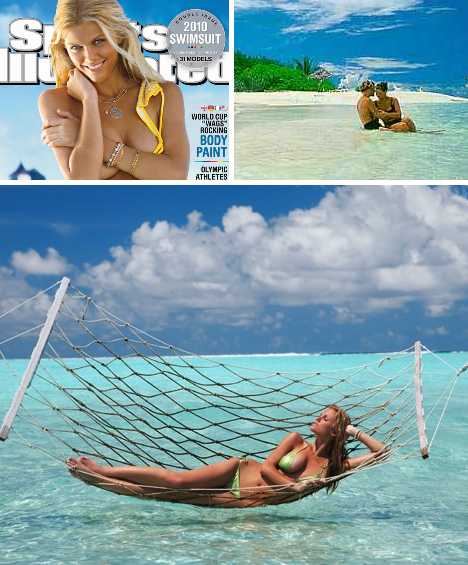 Will global warming spoil the Maldive Islands? It just might – this jewel-like island archipelago in the Indian Ocean boasts a highest point only 2.3 meters (7 ft 7 in) above sea level and Maldivian authorities state the islands could be completely submerged within the next 100 years. Treasure these sumptuous shots from the 2010 Sports Illustrated swimsuit issue while you can. 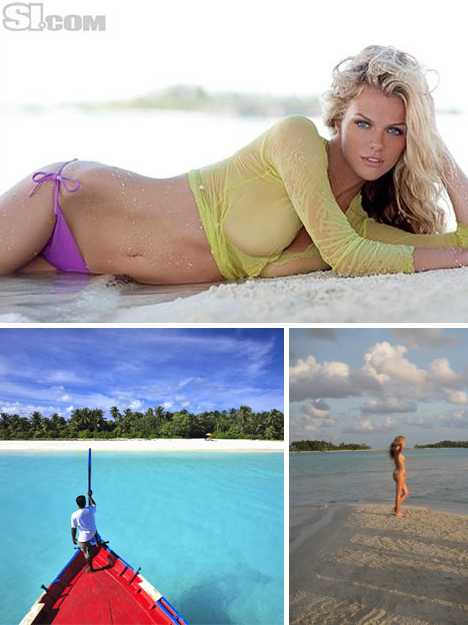 (images via: DigitaleNews, Everyday Glimpse and Balance of Culture)

While the 2010 Swimsuit Issue featured photography from Whistler (Canada) Atacama (Chile), Rajasthan (India), Palm Springs (California), and Lisbon (Portugal) as well as the Maldive Islands, we’re guessing most vacationers would choose these exquisite isles for their current yet ephemeral scenic beauty… and no, superb supermodel Brooklyn Decker is not included.