The reputedly haunted Nakagusuku Hotel in Okinawa, Japan freaked-out construction workers so much, they walked off the job before the hotel was even finished. 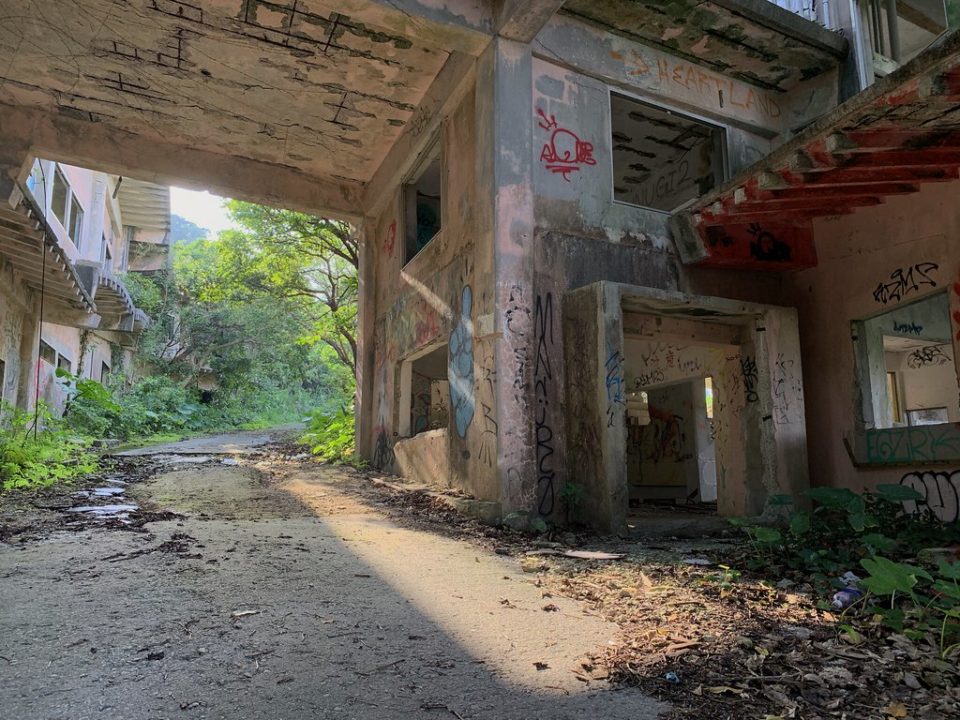 The ruins of the Nakagusuku Hotel in Kitanakagusuku, Okinawa are a rare example of a structure seemingly cursed by fate and doomed to failure BEFORE it could even open for business. Remember the creepy “sacrilegious” housing development in the movie Poltergeist? It’s sorta like that, but in real life. 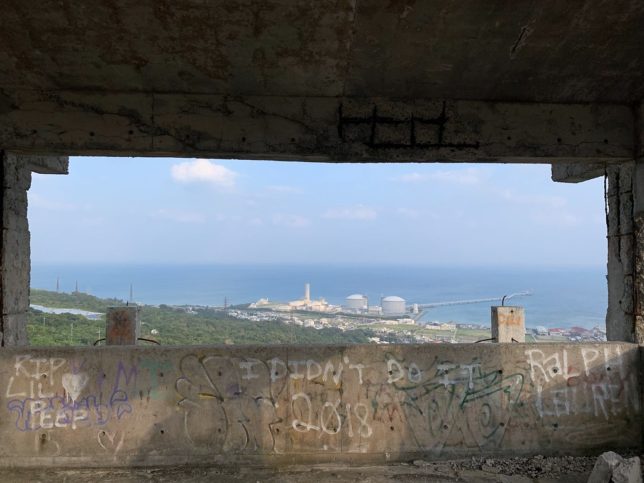 There are many mysteries swirling around the Nakagusuku Hotel – even its name is open to question. Depending on who you ask, it’s been referred to variously as the Royal Hotel, the Takahara Hotel, and the Kogen Hotel. The “Royal Hotel” probably was the intended commercial name: the word “ROYAL” was painted above the entrance and although now quite faded, it can still be discerned in good lighting. The evocative photos accompanying this article, by the way, were posted to Flickr by member keiyac in March of 2019. 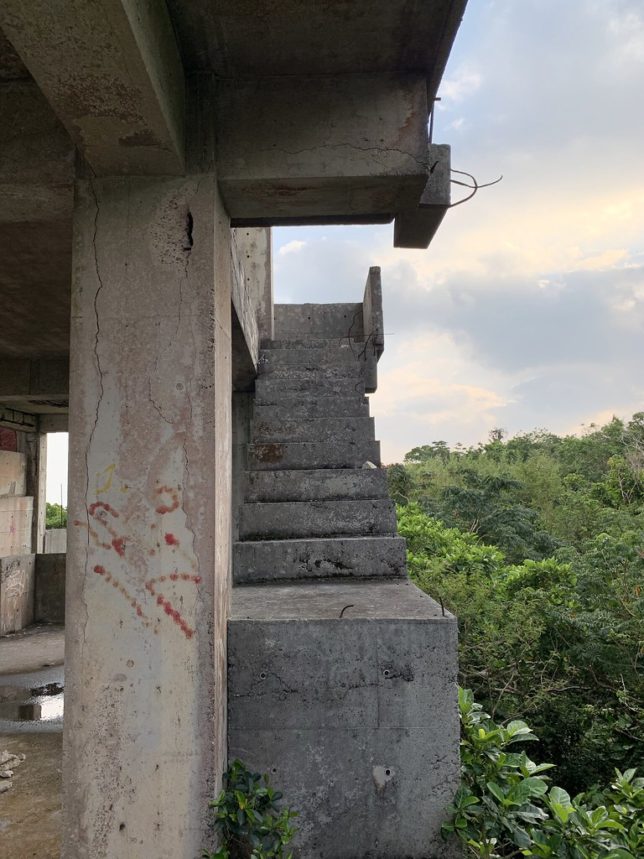 The aborted hotel’s location invites speculation as well, being situated a mere 50 meters (roughly 165 feet) from the ruins of Nakagusuku Castle. The latter is a 15th-century stone fortress that was designated a UNESCO World Heritage Site in the year 2000… almost a quarter-century after construction started (and stopped) at the hotel site. 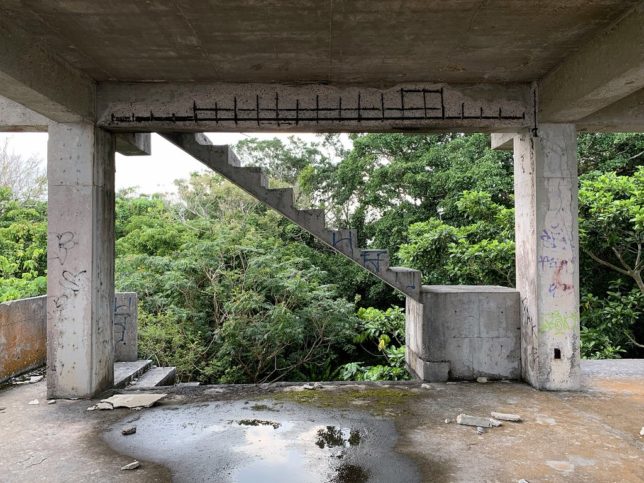 But we digress… back to the oranges, er, origins of the story. In 1975 the island hosted the Okinawa Ocean Exposition, aka “Expo ’75”. This little-known event was a World’s Fair conceived as a way to celebrate the return of the Ryukyu Island chain to Japan from the United States a mere THREE YEARS earlier. Kinda quick as anniversaries go but hey, World’s Fair folks! 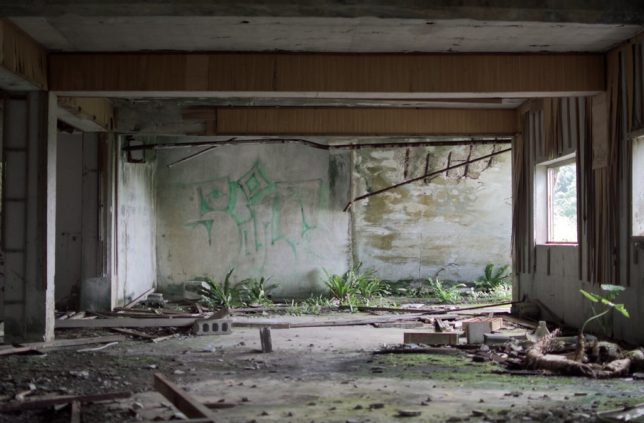 A wealthy businessman from Naha (the capitol city of Okinawa) saw Expo ’75 as a unique business opportunity, and quickly secured a prime stretch of property on a hilltop just south of the castle ruins. The location was perfect, offering breathtaking views of the East China Sea on one side and the Pacific Ocean on the other. The complex was to include a hotel, a vacation resort and a water park. What could possibly go wrong?