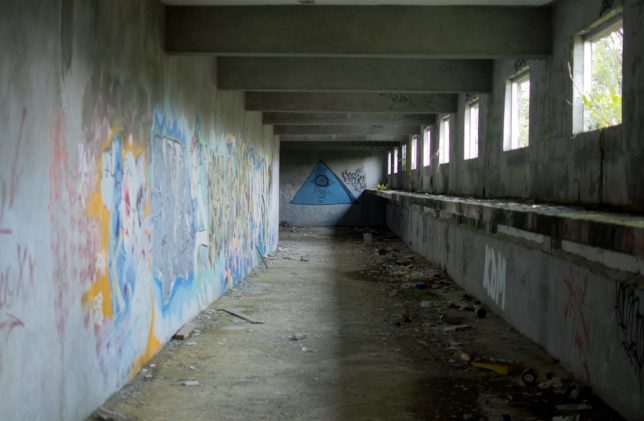 Everything would have been fine if not for those meddling monks… well, not exactly “meddling” per se, let’s just say that monks from a nearby Buddhist temple were merely offering free advice to the project’s owner. Said advice involved the location of more than a few historic graves, sacred sites, and “a cave inhabited by restless spirits” occupying the land upon which the Nakagusuku Hotel was to be built. 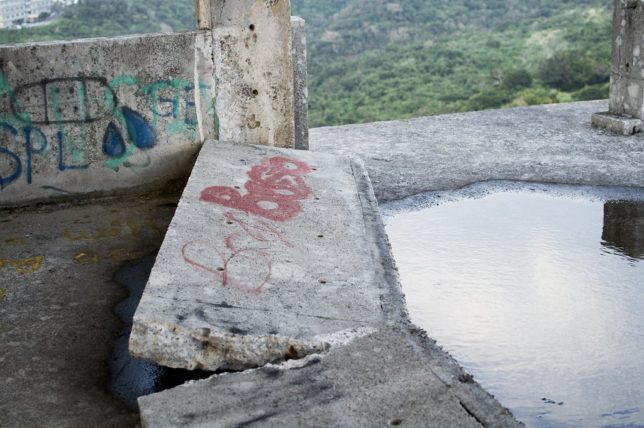 Having come too far and spent too much yen to stop, the Naha businessman behind the hotel/resort scheme decided to basically blow off the monks’ superstitious chattering and plow ahead regardless. Bad idea, dude, you don’t mess with restless spirits lest those spirits turn the tables and mess with YOU. 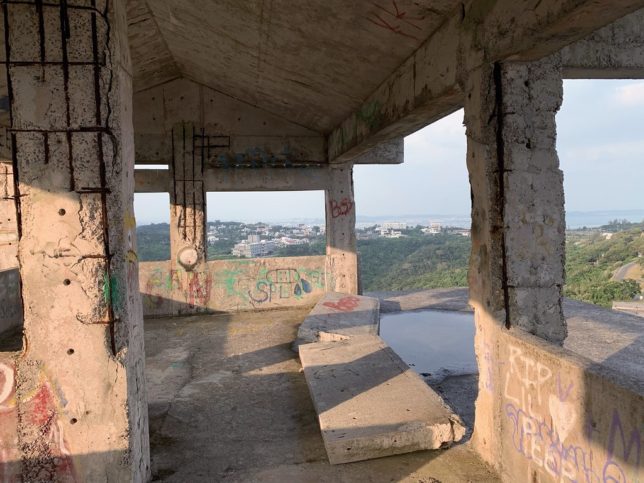 You can probably guess what happened next but we’ll just confirm it: odd incidents began to disrupt work at the construction site. Rumors began to spread among the workers, some of whom quit as a result. Then things took a turn for the worse, when “several other workers died in mysterious construction accidents,” according to a July 2009 article in Stars and Stripes, the last of which prompted ALL of the remaining workers to drop their tools and flee. 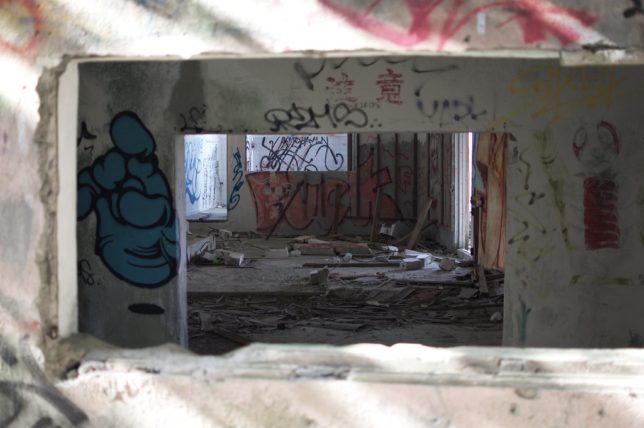 That article, by the way, detailed a June, 2009 BAN on Marine Corps. personnel visiting the hotel ruins in accordance with an order issued by Lt. Gen. Richard C. Zilmer, commander of Marine Corps Bases Japan. The reason for the ban? Seems an off-duty serviceman had sustained injuries at the abandoned hotel, which was then declared an “unsafe environment” due to its “decaying structure, broken glass and accumulating debris.” Yeah, that’s the ticket! 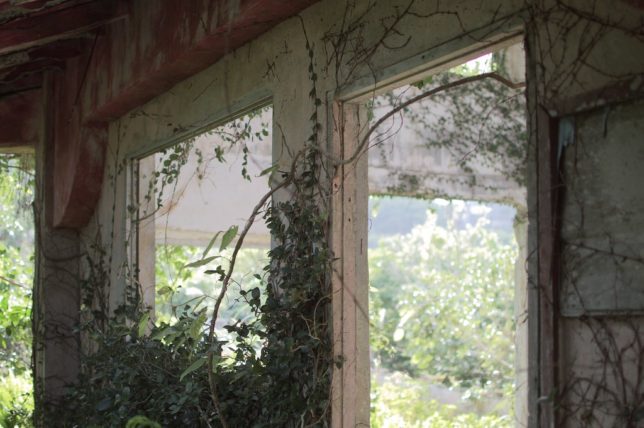 The visitation ban might serve as a fitting postscript to this all-too-true tale… like, if you can scare the U.S. Marines, that’s some top-rank badassery, amiright? But wait, there’s more: the wealthy Okinawa businessman who conceived the entire unfortunate venture was forced to declare bankruptcy and several years later, he was committed to an insane asylum. Somewhere, a monk nods softly and smiles knowingly.