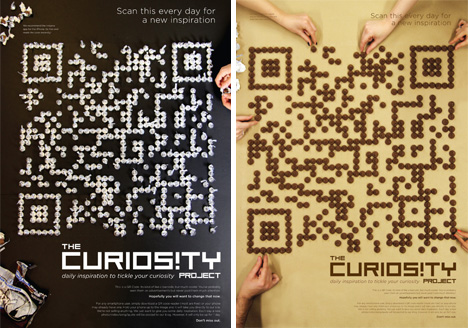 The world of digital media tends to feel a bit cold and impersonal. Is there a way to personalize an interaction between a human being, a printed QR code and a digital story of creativity? Designers Lauren Manning and Camile Wei-Hsin Lin put together The Curiosity Project to find out. 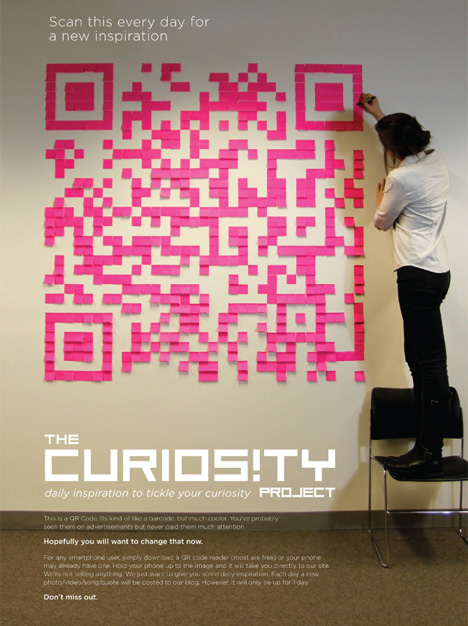 (all images via: Laura Manning Design)

The project involved two distinct yet interconnected layers: print media and digital media. The pair decided to use QR codes to drive visitors to the project blog, but they didn’t want to simply post the typical digitally-generated black-and-white pixels. Instead, they made their QR codes by hand. 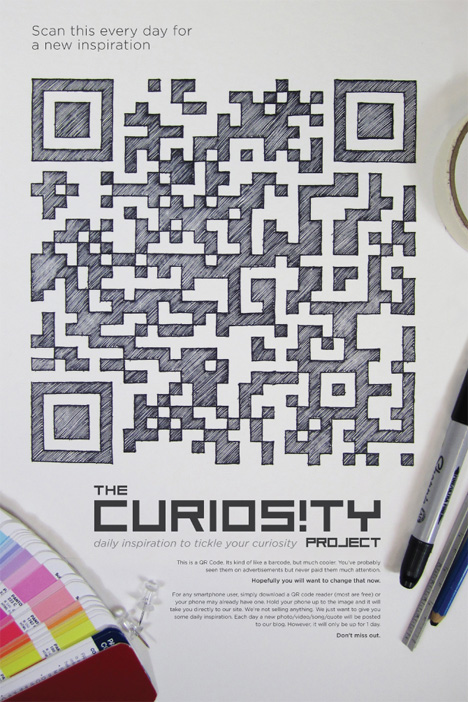 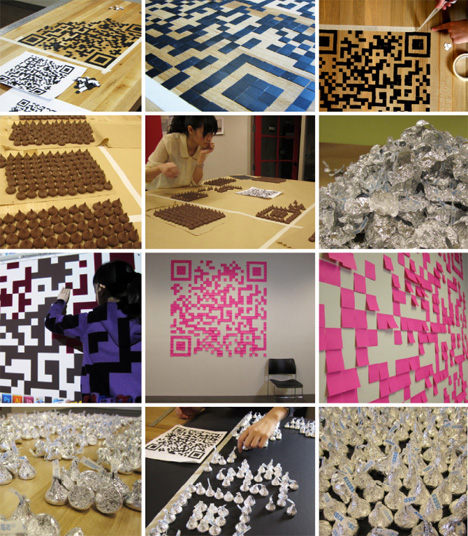 Manning and Lin created the analog QR codes by printing or projecting the image of the code onto their work surface, then placing the “pixels” in the appropriate places. They then made the images into posters and stickers and hung them up around New York City. 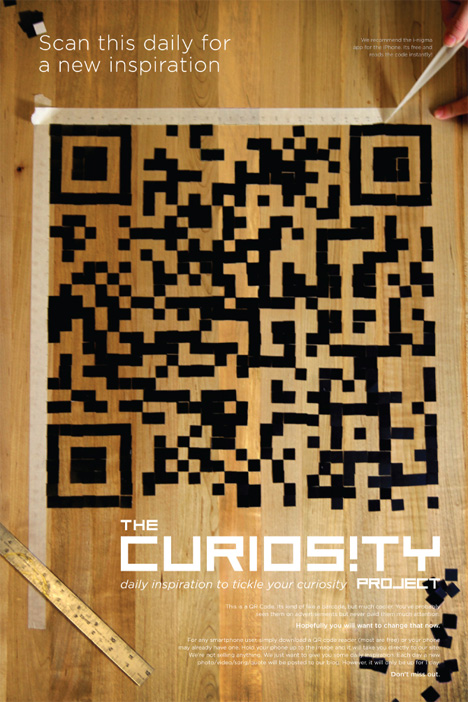 Scanning the code would take an observer to The Curiosity Project blog, a simple page which, at the time the project was “live,” had only one post visible at a time. During the project, there was no archive and each post was only viewable for 24 hours. The QR codes they posted around the city encouraged people to visit each and every day for new inspiration. 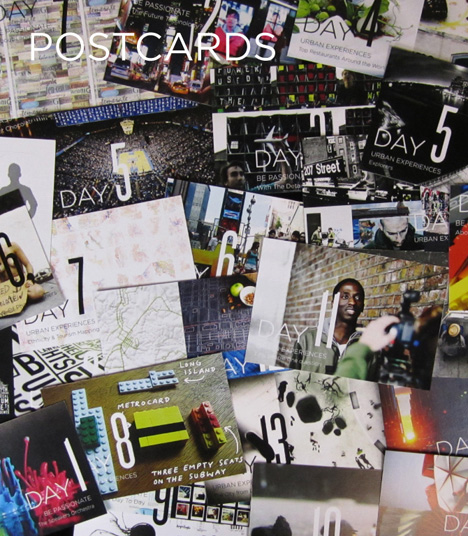 The blog posts center on topics of creativity in its many forms. From urban art installations to LEGO creations to video projects that seek out the unique stories of individuals, The Curiosity Project covers all types of subjects that will no doubt appeal to a WebUrbanist fan’s tastes.

After the one-day run of each blog post, the designers compiled images from each post and put them into collages. These weren’t just digital combinations of photos, though – they were another play on the analog/digital theme: the digital pictures were transferred to postcards which could then be sent via snail mail.